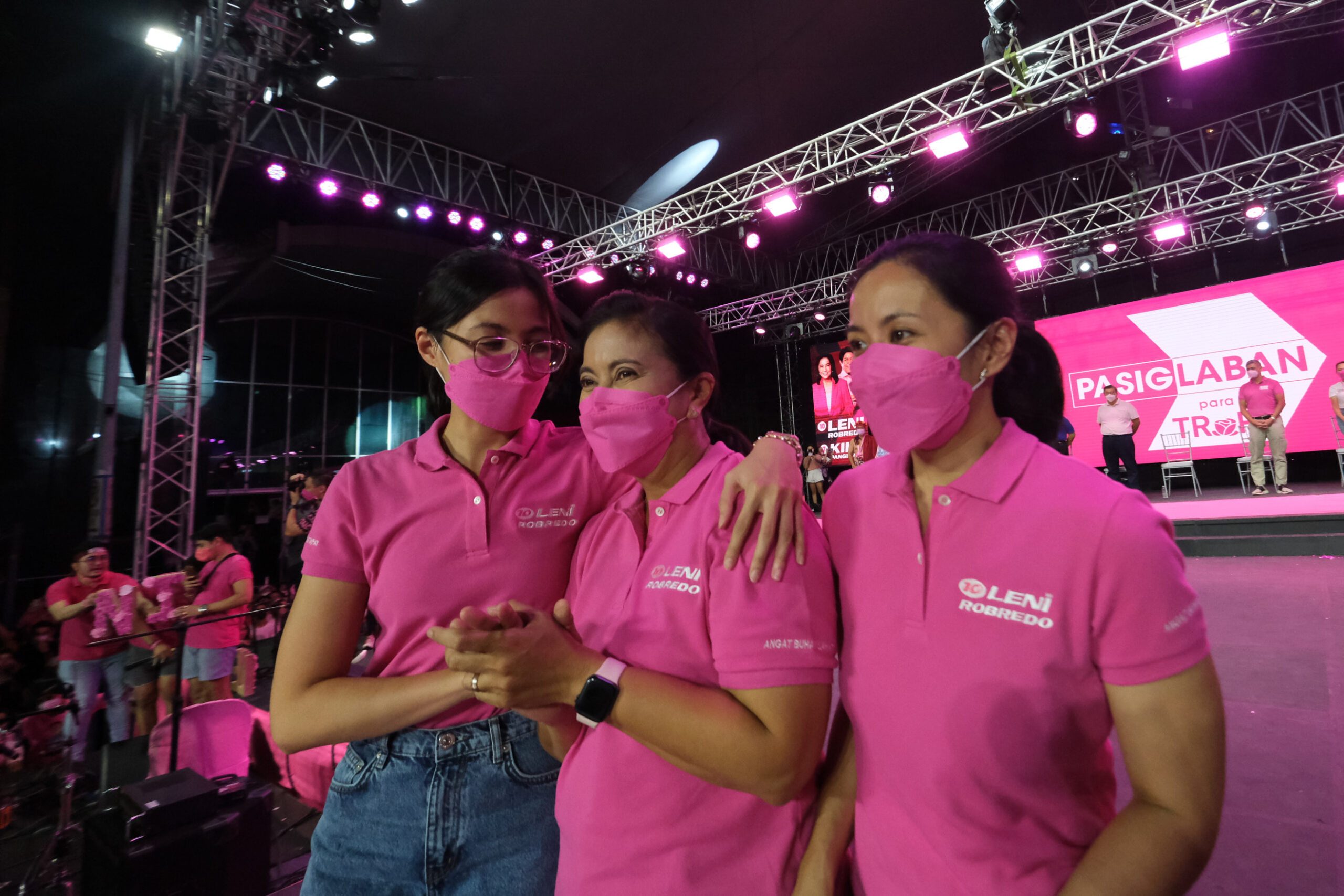 Facebook Twitter Copy URL
Copied
'Be more mindful of comments that do come off as offensive and elitist,' Tricia Robredo tells supporters of her mother, presidential candidate VP Leni Robredo

DAVAO CITY, Philippines – Two of the daughters of presidential candidate and Vice President Leni Robredo gave a sobering reminder to their supporters: The huge rallies for their mother these past weeks is a good thing, but not enough to convert the votes needed to guarantee a win.

In separate Facebook posts on Wednesday, March 23, Aika and Tricia Robredo sought to explain to their mother’s “Kakampink” supporters that voters’ sentiments on the ground tell a different story from the rallies that tens of thousands have been attending to promote their mother’s candidacy.

Aika and Tricia agreed: If Kakampinks want their mother to win, holding these rallies aren’t enough. The real fight is still on the ground, to change the minds of the unconvinced.

They asked supporters to end the name-calling, as Kakampinks would often criticize the other side of the fence as being paid by their chosen candidates or that they are just outright stupid.

(Be more mindful of comments that do come off as offensive and elitist. Avoid name-calling (i.e. calling them stupid or paid to show support). Many of them were just victims of disinformation. Many of them are suffering, working, and looking for ways to earn a living for their families. Let’s fight for them, too.)

Aika also hopes more Kakampinks would knock on their neighbors’ doors, as nothing beats face-to-face interactions.

(Lengthen your patience. Let’s not call them stupid or paid (maybe we also don’t understand their needs). Let’s fight for them, too. This is an invitation for everyone to be sober, be humble, and love your neighbor. Because the color pink is for everyone.)

Despite her supporters’ euphoria during her past mammoth rallies, Robredo remains a far second placer in the February survey of Pulse Asia Research. Robredo’s rival, the son and namesake of the late deposed dictator Ferdinand Marcos, has remained on top on surveys.

And Aika and Tricia have seen for themselves how these survey numbers actually reflect real sentiments on the ground.

Reality check and a call to radical love

The Robredo siblings admitted they were slightly disheartened when supporters of other candidates would heckle them during their door-to-door activities these past weeks.

It was the reason why Aika’s and Tricia’s spirits were a little dampened before they went to Emerald Avenue in Pasig City last Sunday, March 20, which would eventually become the biggest Robredo rally so far with over 130,000 attendees.

“Don’t want to be the one who spoils the party but let’s address the elephant in the room: our rallies have been the absolute best but the situation on the ground is very different,” said Tricia.

(When we started going around this year, there really are hostile communities. Before some of them would just have no reaction, but now there are hecklers. We encountered several when we made rounds right before #PasigLaban.

Aika, the eldest, shared the sentiments, citing firsthand encounters during her own house-to-house campaigning for their mother.

(Nothing beats talking to people, one on one. We have knocked on so many doors whose occupants tell us they are already supporting another candidates. So just be open and keep on trying. Sometimes, they’d even welcome you with a smile.) 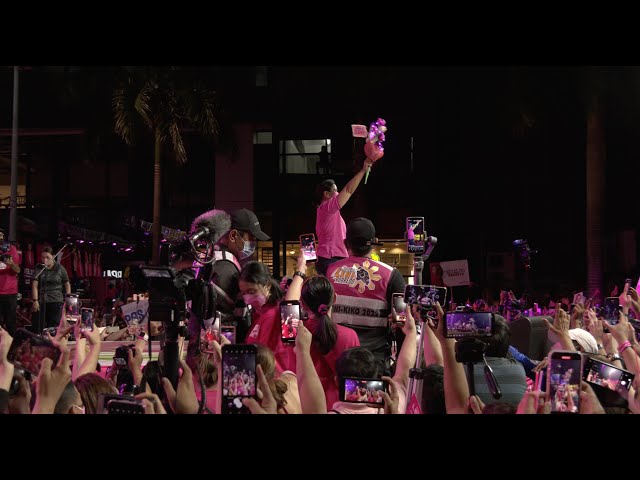 Aika and Tricia acknowledged it might be difficult for their supporters to be sober considering the vitriol the Robredo family has had to endure these past six years.

Disinformation networks by the Marcoses and President Rodrigo Duterte have primarily targeted the Robredos, subjecting them to the most vicious attacks online.

But Aika and Tricia hope Kakampinks would take a cue from their mother herself, who has pushed her supporters to “radical love” to help get more voters on their side. – Rappler.com