REGISTRATION. Huge crowds form outside the Comelec satellite office in Arroceros, Manila on September 15, 2021, over two weeks before the September 30 voter registration deadline.

Facebook Twitter Copy URL
Copied
Under the law, an election offense is committed when an already registered voter 'registers anew without filing an application for cancellation of his previous registration'

MANILA, Philippines – Nearly 900,000 voters for the 2022 polls may be held liable for an election offense, after the Commission on Elections (Comelec) found they had multiple registration records with the poll body.

Based on the Comelec’s data from August 2019 to November 2021, a total of 892,627 double registration records have been identified, and were deleted from the voter rolls for the May polls.

Comelec Commissioner George Garcia noted, however, that a voter with multiple records could still cast their ballot in the 2022 elections, since the poll body retained their earliest registration record and removed only the succeeding ones.

“Of course, this is without prejudice to any criminal action that the Comelec will be filing against double or multiple registrants. We won’t simply let that slide. Good faith is not a good defense in election cases,” Garcia explained in a mix of English and Filipino during a press briefing on Thursday, March 31. 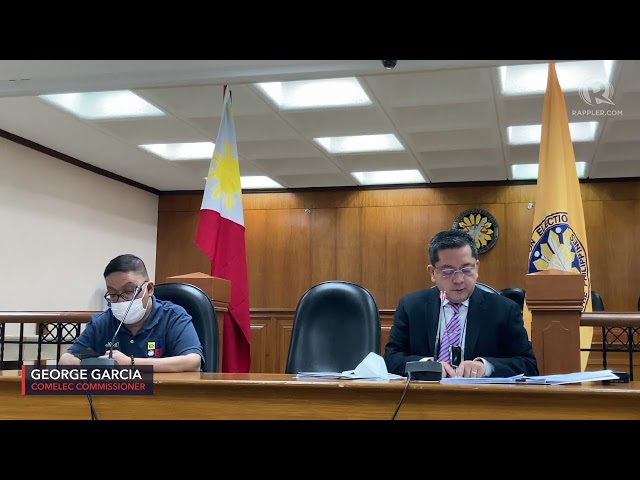 He said the Comelec will still have to investigate what caused some Filipinos to register multiple times, although the poll body is not ruling out the possibility that the voter who registered again was just not aware that their previous record was still existing.

“Maybe that person thought his past registration is already purged. He transferred to another town, registered again, when he should have applied for transfer of registration [and not new registration],” he said.

The Omnibus Election Code states that an election offense is committed when an already registered voter “registers anew without filing an application for cancellation of his previous registration.”

Penalties, if proven guilty, include imprisonment of one year to six years, deprivation of right to vote, and disqualification from holding public office. – Rappler.com