Facebook Twitter Copy URL
Copied
GMA Network responds to the reason given by Ferdinand 'Bongbong' Marcos Jr.' camp for declining the interview with the veteran journalist

MANILA, Philippines – GMA Network on Saturday, January 22, refuted the claim of Ferdinand “Bongbong” Marcos Jr.’s camp that veteran journalist Jessica Soho is “biased against the Marcoses” – the reason it had cited for refusing to join her interview with presidential aspirants.

“GMA Network takes exception to the statement of the camp of former senator Ferdinand “Bongbong” Marcos Jr. that Kapuso news pillar Jessica Soho is supposedly biased against the Marcoses, the reason for the presidential candidate to decline participation in ‘The Jessica Soho Presidential Interviews,'” the network said in a statement on Saturday.

“Throughout her career, Ms. Soho has consistently been named the most trusted media personality in the Philippines by both local and foreign organizations, a testament to her embodying the GMA News and Public Affairs ethos: ‘Walang Kinikilingan, Walang Pinoprotektahan, Serbisyong Totoo Lamang,” the network said.

The network noted that in the particular episode, to be aired early Saturday night, “Ms. Soho boldly asks the presidential aspirants the questions that need to be asked – their intentions behind running for the position, the controversies thrown at them, their stand on pressing issues and their concrete plans should they be elected.”

“The questions are tough because the job of the presidency is tough,” the network said.

It added, “We believe that this is an important exercise to inform the public about the candidates seeking their votes in Eleksyon 2022, to help them make the best, most informed choice on their ballots.”

The network issued the statement in response to the official reason given by Marcos Jr.’s camp for refusing the invitation.

“The reason why Bongbong Marcos decided not to join the Jessica Soho show is founded on our belief that the hostess of said popular talk show is biased against the Marcoses, and therefore, we believe her questions will just focus on negativity about BBM which the UniTeam dislike and will not subscribe as it hopes that the discourse in any forum about this coming elections must focus on how the aspiring presidents will solve our country’s lingering problems caused by the COVID-19 pandemic and what their plans are for our country to roll up from economic stagnation,” Marcos Jr.’s spokesperson Vic Rodriguez said in a statement.

“Presidential aspirant Bongbong Marcos’ duty is to the Filipino people and not to a particular TV show or program host. We will continue with our way of communicating [directly] to the people in so many equally significant shows, platforms, and forums where all the attendees are allowed to present their visions, plans, and platforms freely, unfiltered and unhindered by any biases,” he added.

Marcos Jr. has agreed to a one-on-one interview with talk show host Boy Abunda, to be aired on Tuesday, January 25. The other presidential aspirants have also agreed to be interviewed by the host.

Lacson was among those who questioned the claim of bias against Soho, citing his own interview with the journalist.

“Jessica Soho, biased? I was asked very hostile questions like my role during Martial Law, why I evaded arrest in 2010, my co-authorhip and sponsorship of the anti-terror law, human rights issues, and other hard questions. I don’t think so. Like any journalist, trabaho niya ‘yun (that’s her job),” the senator said. 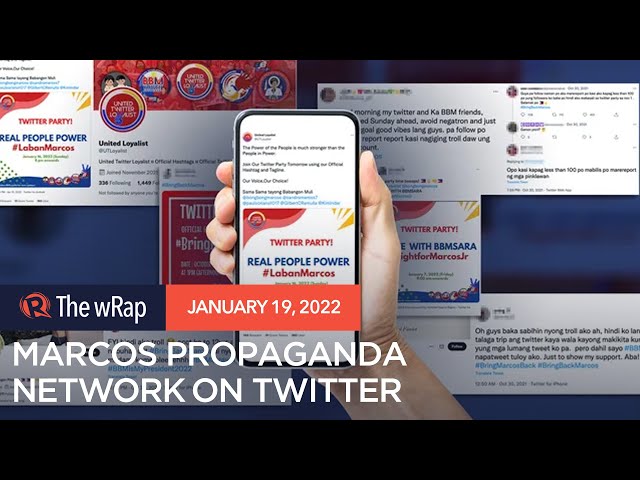 Although not required, debates and other similar events that scrutinize candidates are staples of the election season. Election watchdogs have said that the candidates’ failure to attend presidential and vice presidential debates would reflect poorly on them.

In a statement, the group Campaign Against the Return of the Marcoses and Martial Law (CARMMA) said Marcos Jr.’ claim against Soho is “a pathetic and cowardly excuse for his refusal to be publicly scrutinized as a presidential candidate.”

CARMMA added that Marcos prefers to avoid interviews because he refuses to be held accountable for his families’ atrocities.

“After all, it is evidently clear why Marcos Jr. opted not to join the interviews: it is his refusal to be held to account for his track record of lies, his whitewashing of his family’s crimes against the Filipino people, his non-service to the country during this pandemic and his actual lack of vision and concrete plans,” the group said. 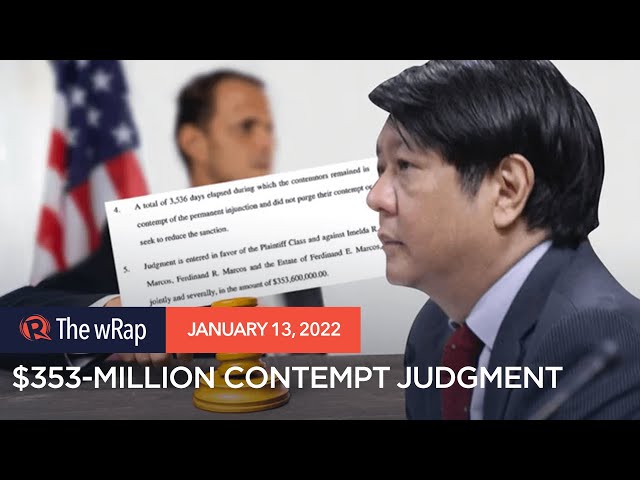