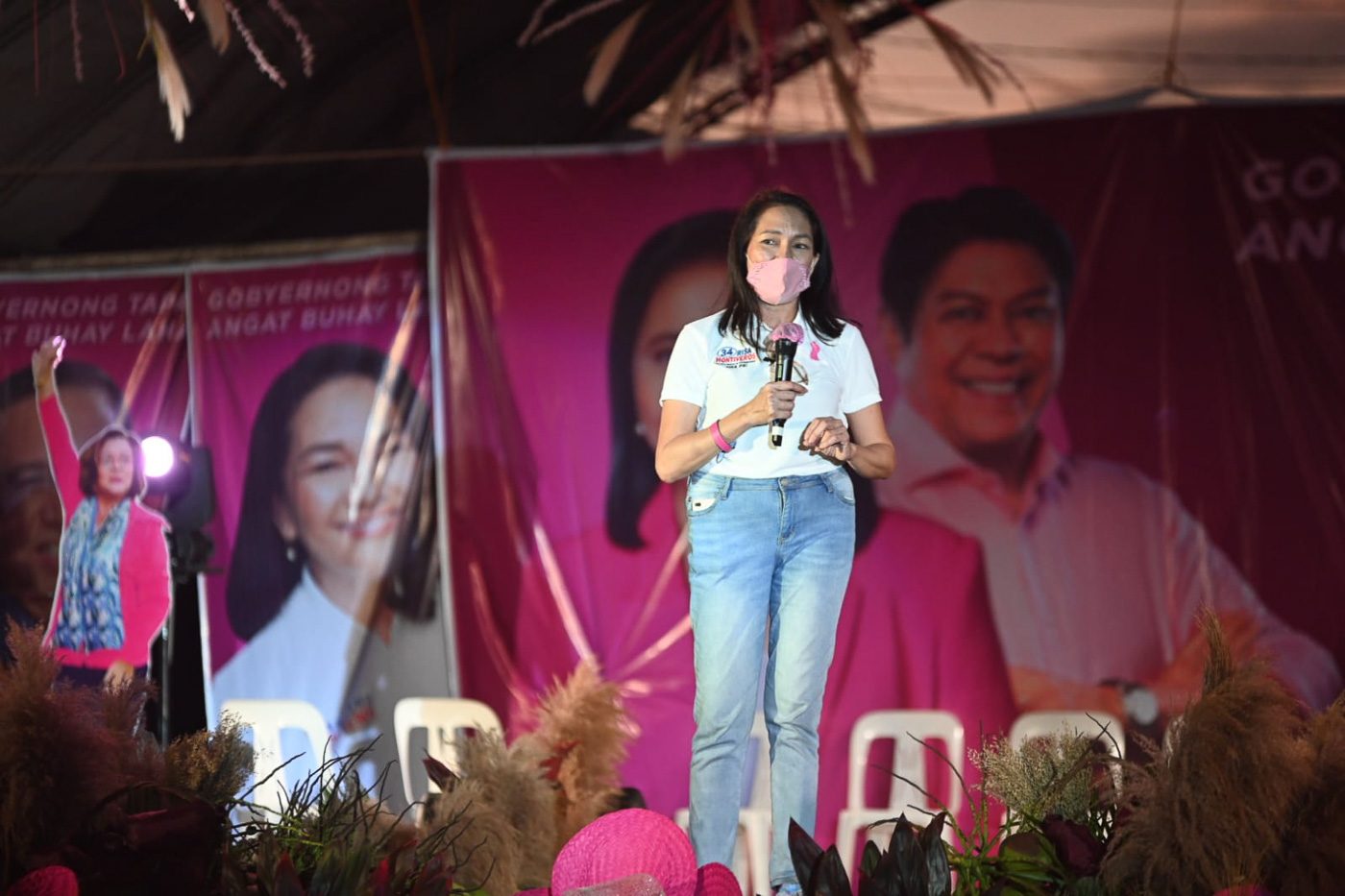 MANILA, Philippines – Senator Risa Hontiveros is poised to win her reelection bid, making her the only opposition candidate to secure a Senate seat in the May 2022 polls.

Partial and unofficial results from the Commission on Elections (Comelec) transparency server as of Tuesday, May 10, 2:11 pm, showed she garnered 15,197,366 votes, ranking her 11th among 63 candidates. Only 12 winners will be proclaimed.

Hontiveros is only one of two female candidates to win the 2022 Senate race, along with returning senator Loren Legarda, who ran with the Marcos-Duterte Uniteam slate and the Nationalist People’s Coalition.

Hontiveros’ victory assures the presence of an opposition voice in a Senate that will be dominated by allies of President Rodrigo Duterte and candidates endorsed by the Uniteam slate.

But while it is a feat, the victory is bittersweet – pressure had been high for opposition candidates to capture more space in the Senate after Duterte’s candidates swept the 2019 midterm elections.

The opposition’s performance in the 2022 polls is only slightly better than the results of the Senate midterm polls, where not one of its eight candidates managed to make it into the Senate’s Magic 12. This was unusual even in Philippine politics, as the last time prior to 2019 that the opposition failed to win a single legislative seat was in 1938, during the time of then-president Manuel L. Quezon, in the unicameral National Assembly.

Pre-election surveys from January to April 2022 showed voter preference for Hontiveros holding steady in the 8 to 12th rank.

In the incoming 19th Congress, Hontiveros will likewise be the only opposition senator left in the upper chamber, after Senator Kiko Pangilinan ran for vice president, reelectionist and detained Senator Leila de Lima appeared headed for loss in the 2022 polls, and outgoing Senator Franklin Drilon retires from politics.

Entering her second term, Hontiveros has carved a name for herself in the upper chamber as a champion of women’s rights and gender equality.

Under the 17th and 18th congresses, she helped pass key legislation, including the Expanded Maternity Leave Law, the strengthened Anti-Hospital Deposit Law, the Special Protection of Children in Situations of Armed Conflict Law, the Bangsamoro Organic Law, the Universal Healthcare Law, the Safe Spaces Act, and Mental Health Law, among other important measures.

She also sponsored and filed key legislation such as the Sexual Orientation and Gender Identity Expression and Sex Characteristics (SOGIESC) Equality bill, expanded solo parents welfare bill, and a measure seeking to create a Department of Ocean, Fisheries and Aquatic Resources.

At the Senate investigation into the Pharmally scandal, Hontiveros was among the senators who had presented key witnesses and documents that helped uncover more alleged anomalies in the pandemic scandal that rocked the Duterte administration.

For her second term, Hontiveros said among her priorities is the consolidation of the universal healthcare system under the Universal Healthcare law.

During the 2022 polls, the reelectionist senator ran under a “Healthy Buhay at Hanapbuhay” campaign which sought to strengthen recovery efforts as the country carves an exit out of the COVID-19 pandemic. – Rappler.com