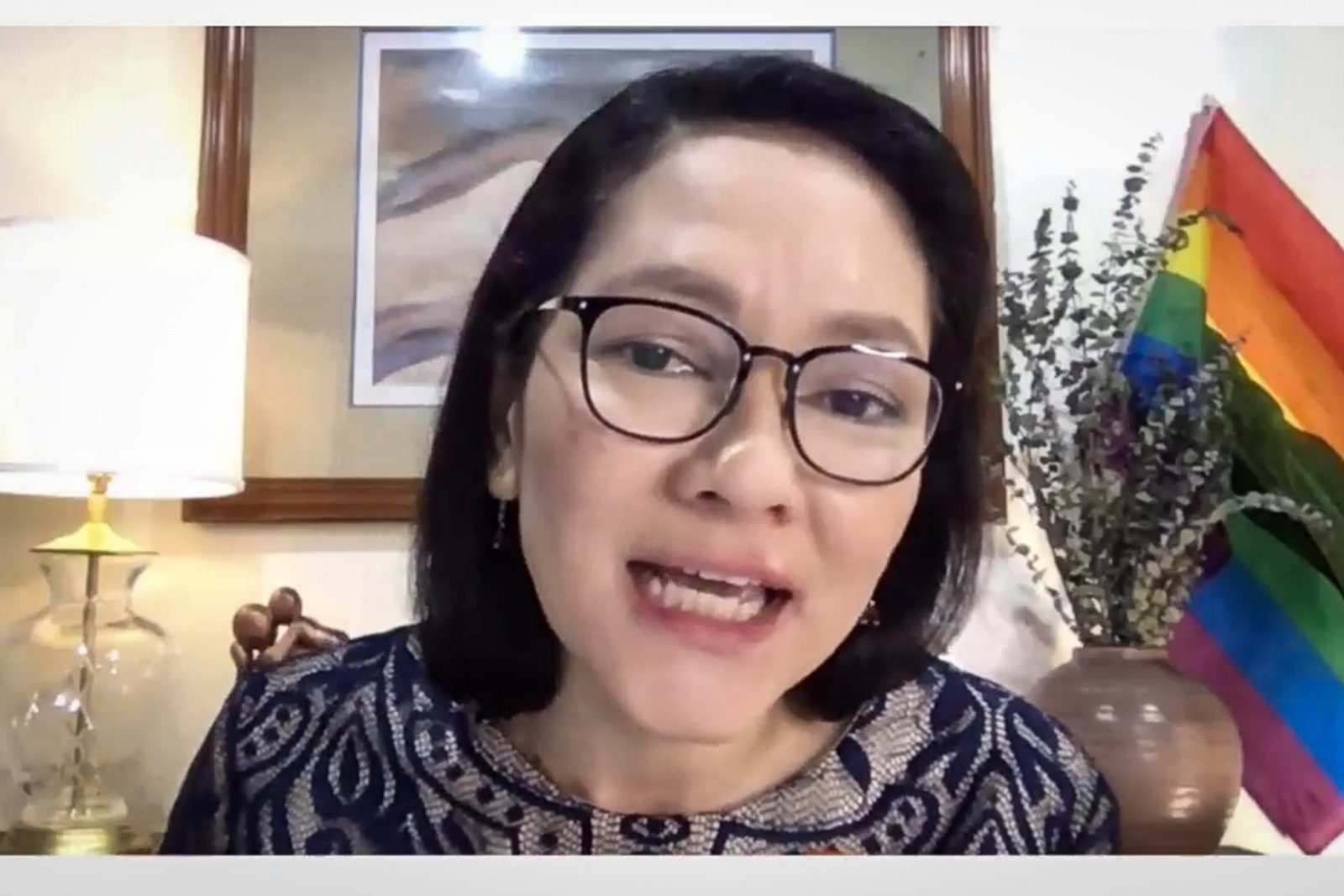 This is the second time Hontiveros is bringing the proposed measure up for debate on the Senate floor, and she called on her fellow lawmakers to be “allies” of the LGBTQ+ community.

The SOGIESC Equality Bill also reached the plenary on Hontiveros’ sponsorship in the 17th Congress, which ended in June 2019. However, it languished in the period of interpellations.

Hontiveros refiled the proposal in the 18th Congress, and it is now reiterated as Senate Bill No. 1934. She hopes that this time, the bill would finally be put to a vote.

“As we are about to close this challenging year, I am honored to present again to the plenary a piece of legislation, so dear to my heart – a bill which has become a battle cry of our younger generation searching for validation and acceptance; a long-standing plea of advocates and allies who have been begging these halls to listen and take a stand; a beacon of hope for Filipino parents who just wanted to see their children grow up without fear of stigma and discrimination,” Hontiveros said in her sponsorship speech.

A devout Catholic, Hontiveros quoted Pope Francis, “If someone is gay and searches for the Lord and has good will, who am I to judge?”

The opposition senator then addressed long-standing questions and criticisms of her proposed measure.

(Is this asking for special rights? We all have a sexual orientation and gender identity or expression. All of us will together be protected by this law. All we are saying is, whether you are a straight man or woman, gay, lesbian, bisexual, transgender, or queer, we all contribute to society, we are all equal.)

On the question of whether the bill would encroach on parents’ upbringing of their children, Hontiveros said all it wants is a guarantee that no limitations are set on a child or person because of their sexual identity – something no parent would want for their child, she added.

On whether the bill violates religious freedom, Hontiveros said the proposed measure would only govern matters of state, and does not aim to change religious teachings.

(As Pope Francis also said, ‘LGBTQ people are children of God.’ Are we who are religious going to be the ones to shut our hearts and minds? Aren’t compassion and kindness the primary teachings of the church?)

“Isn’t passing the SOGIE Equality Bill a Christian thing to do?” Hontiveros added.

She reminded the other senators that Jesus Christ, whose birth is celebrated at Christmas, is a “true revolutionary and a true champion for equality.”

Among the bill’s top opponents in the chamber are Senate President Vicente Sotto III, also a devout Catholic, and Senators Manny Pacquiao and Joel Villanueva, who are avid evangelical Christians.

The House of Representatives passed its version of the SOGIE Equality Bill during the 17th Congress. The bill was refiled during the 18th Congress, and deliberations are ongoing at the committee level. – Rappler.com