LABOR VOTE. Presidential candidate and labor leader Leody de Guzman (L) shows off his inked finger after casting his vote in Cainta, Rizal on May 9, 2022.

De Guzman went to Cainta Elementary School, in San Andres area where he cast his vote at past 8 am. The presidential candidate was accompanied by his family. 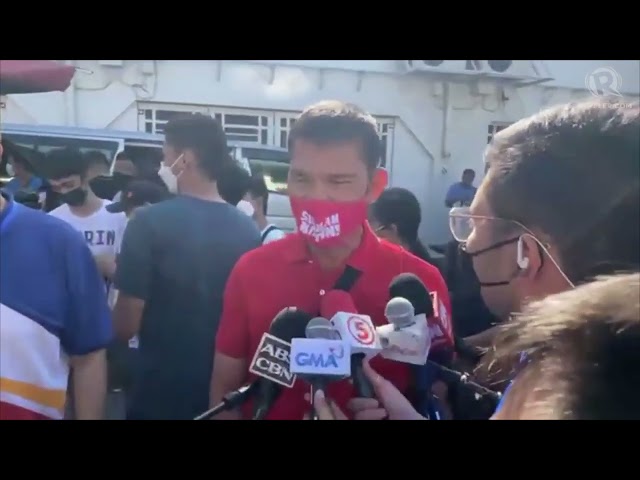 After voting, De Guzman will be monitoring the votes inside his home in Cainta, in their headquarters in Quezon City. Despite the lag in surveys, De Guzman remained optimistic in his bid for the presidency.

The labor leader, during the course of the campaign period, never entertained the calls to withdraw from the race.

If he wins, De Guzman promised to implement his Labor First Policy, which includes ending contractualization and raising the minimum wage. – Rappler.com