Facebook Twitter Copy URL
Copied
‘Debunking allegations of cheating in the recently concluded elections doesn't mean that we are ruling out future evidence, if any'

MANILA, Philippines – From the alleged “replacement of SD cards” of vote-counting machines (VCMs), the quick transmission of electoral results, down to the “constant 47% ratio” during the unofficial counting of votes, the proclamation of president-elect and late dictator’s son, Ferdinand “Bongbong” Marcos Jr., has been plagued with allegations of rigging the polls through the assistance of tech-related cheating.

“Debunking allegations of cheating in the recently concluded elections doesn’t mean that we are ruling out future evidence, if any. It doesn’t mean, either, that we’re saying the current system is perfect, and that we should dismiss it when people point out some gaps or loopholes; but for now, we are seeking to separate the speculations from evidence,” Go clarified.

Were SD cards of VCMs replaced?

During the May 9 elections, there were reports that SD (secure digital) cards – a type of memory flash card inserted in the vote-counting machines – were being replaced.

PPCRV’s William Yu refuted this claim. According to the co-IT director, they found out in their investigation that what were inserted into the system were actually not SD cards, but transmission modems: that device that helped transmit election returns (ERs)

This explanation was also backed by NAMFREL’s Lito Aviera. To emphasize the impossibility of replacements, Aviera said that the ballots were actually coded to match the SD cards configuration. To put it simply, one cannot use a set of ballots with another precinct that has its own SD card.

What’s up with the ‘constant 47% ratio’ during the vote count?

The consistent 47% vote ratio of Marcos’ lead over Vice President Leni Robredo during the counting of votes was not a new phenomenon.

This “mystery” can be explained by a statistical theory called, “law of large numbers.” In data scientist Dylan Salcedo’s words, “the larger the sample size, the more it approximates the characteristics of the entire population.” Aviera also added that what the public saw was merely the ratio based on the aggregated votes; but when the votes were broken down to the regional or provincial level, the “pattern” vanished.

Why was the transmission of electoral results faster in the 2022 Philippine elections?

Aviera credited the higher technology used by Comelec in the latest polls for the improvement of transmissions. This is far quicker than those available in the 2010 and 2013 elections. During those previous years some of the electoral board members had to travel to canvassing centers before they could transmit.

Digital specialist, Gemma Bagayua-Mendoza, also agreed by citing the upgrade of the vote-counting machines, from “3G to 4G,” which ensured the faster transmission of electoral results.

However, contrary to the claim, PPCRV clarified that the transmission rate was higher during the 2019 mid-term elections. According to Yu, in the first hour of transmission of results in 2019, the system already processed 50% of the ERs as compared to the 30%-40% estimate during the recent 2022 polls. 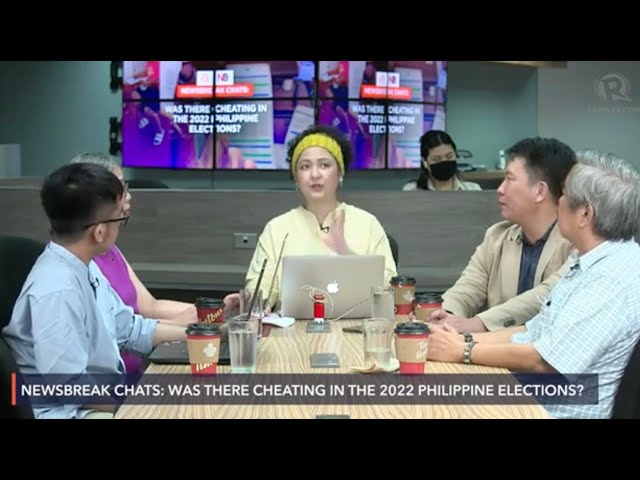 Were SD cards ‘pre-programmed’ to rig the polls?

NAMFREL said that “there is no software” in the SD card to facilitate such a concept.

In a more technical explanation, Aviera said that the claim cannot be possible because “the execution is not on the SD card, it’s inside the [vote-counting machine].”

The SD card merely contained configuration, or the details and personality of a clustered precinct according to PPCRV. A pre-election logic and acceptance testing (“pre-lap”) was also conducted in the presence of observers, varying from election watchdogs to political parties, to test each machine that would be used in the elections. A final testing and sealing was also conducted a week before the election. 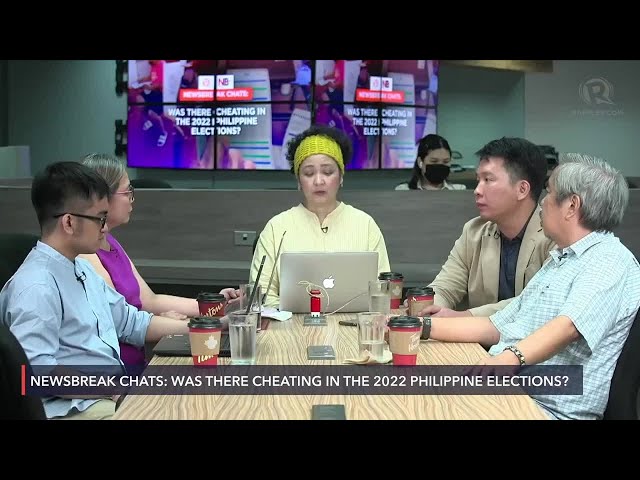 In the 2022 Philippine elections, there were over 60 individuals that participated in the code review. – Rappler.com

Watch ‘Newsbreak Chats: Was there cheating in the 2022 Philippine elections?’ here.