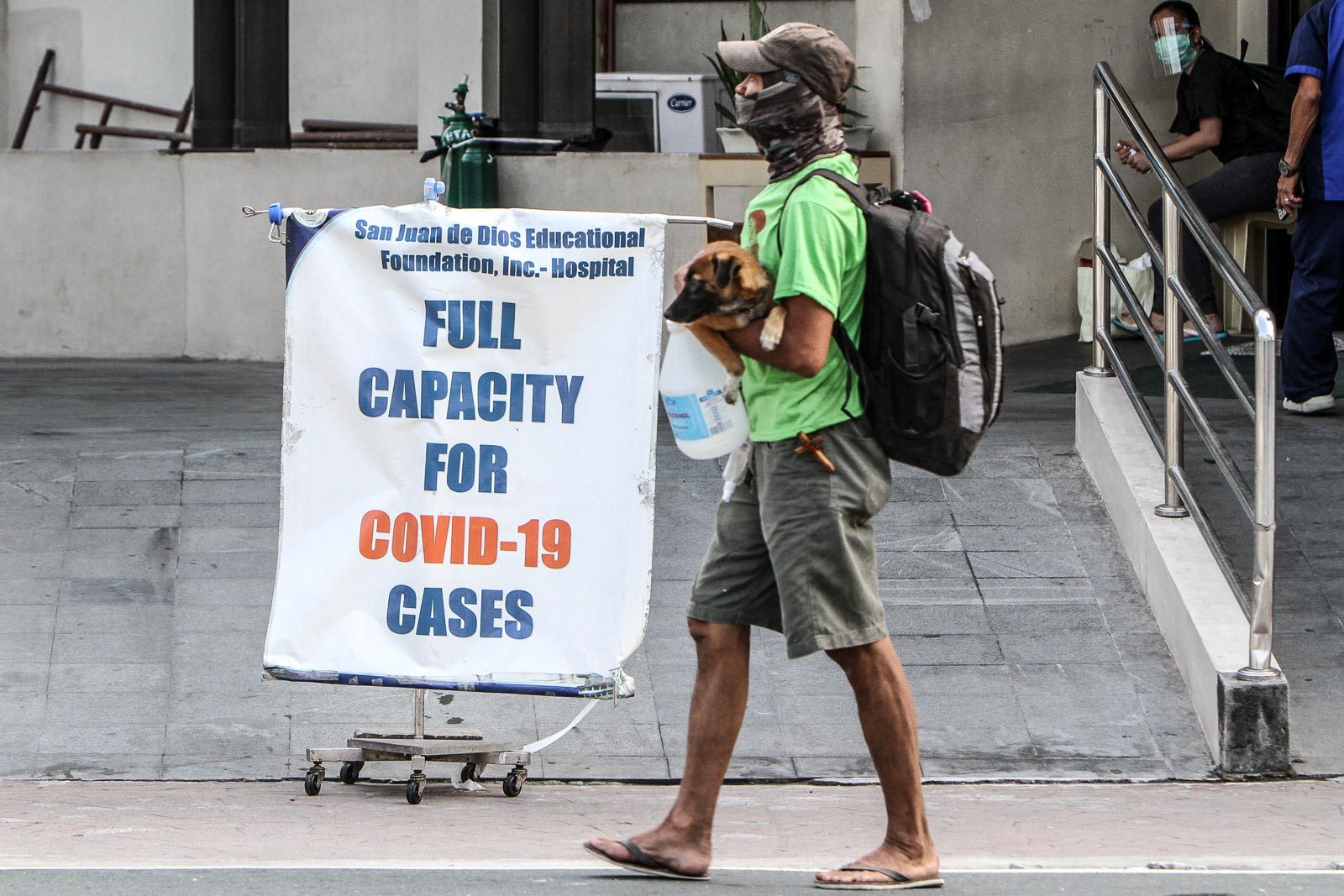 NO VACANCY. The San Juan de Dios Hospital in Pasay City puts a notice at its entrance after the health facility's COVID-19 ward reached full-bed capacity on January 10, 2022.

MANILA, Philippines – How are presidential bets planning to tackle the biggest challenge they would face – ending the COVID-19 pandemic – if elected leader of the Philippines in May 2022? Most aspirants’ strategies so far hinge on constructing more health facilities and restoring “dignity” to the health care profession.

In an election season held amid a raging health crisis, presidential aspirants drew emphasis on the two approaches, placing a premium on two aspects of the government’s current pandemic response that have starkly affected Filipinos. At every COVID-19 surge the country has faced, scenes of overburdened hospitals, exhausted health workers, and a  public forced to navigate ways to secure limited hospital beds have seen frustration mount more than two years on.

During the KBP presidential forum on Friday, February 4, presidential bets zoned in on this, emphasizing plans to build more hospitals and increase the salary of workers to boost morale in the sector and improve access to care for Filipinos. The aspirants had been asked one question relating to healthcare during the three-hour forum, aside from reciting plans presented in their presidential platforms. Here’s how they responded:

Lacson, a seasoned lawmaker, pointed to the UHC law which envisioned creating a primary care network that could help patients navigate the country’s health system by assigning each one a primary care physician.

(The goal of this is to have one hospital bed per 800-population. One rural health unit for 20,000-population, one health station with enough health workers for each barangay.)

While plans to build hospitals and ensure adequate pay for health workers have been among demands of the sector for years, little detail was given on what presidential aspirants would do to raise salaries in the health sector where low wages have forced thousands of health professionals to seek better work abroad. Proposals to add more hospitals and hospital beds in the country would fall short without enough health workers to keep them functioning,

The 2022 bets’ plans presented on Friday likewise left out proposed strategies to address other crucial pillars of responding to COVID-19, such as ramping up access to testing, improving ventilation in public spaces, strengthening contact tracing and vaccination, as well as securing access to drugs for treatment.

Experts had earlier urged the government to focus on these efforts, which they underscored could help mitigate the effects of the virus in the immediate term and help prepare the Philippines for future health emergencies. – Rappler.com