MINING. Heavy equipment are being used by the mining company for the building of the wharf in Barangay Jubgan, San Francisco town in Surigao del Norte on November 6, 2021.

MANILA, Philippines – Vice President Leni Robredo said she would repeal President Rodrigo Duterte’s order lifting the ban on new mining agreements if she wins in the May presidential polls.

Speaking to entertainment host Boy Abunda on Wednesday, January 26, the presidential aspirant vowed to listen to communities severally affected by mining activities in the country to find more sustainable alternatives in the industry.

(I would repeal it. For me, Boy, it’s important to empower those affected in discussions about the environment. I want to give stakeholders a mechanism to listen to their voices.)

In April 2021, Duterte had signed an executive order (EO) that lifted the moratorium on new mining agreements, a move intended to shore up the pandemic-hit economy.

This EO overturned a portion of an earlier order signed by the late president Benigno Aquino III in 2012, which had barred the signing of new mineral agreements “until a legislation rationalizing existing revenue sharing schemes and mechanisms shall have taken effect.”

Aquino was the chairman emeritus of the once-ruling Liberal Party, which Robredo now chairs.

Environmental groups had slammed Duterte for lifting the mining ban, saying his government has chosen “profit over a healthful ecology.”

Duterte’s government later lifted the ban on open pit mining in December 2021, when debates on mining and climate change were heightened due to the devastation brought by Typhoon Odette. 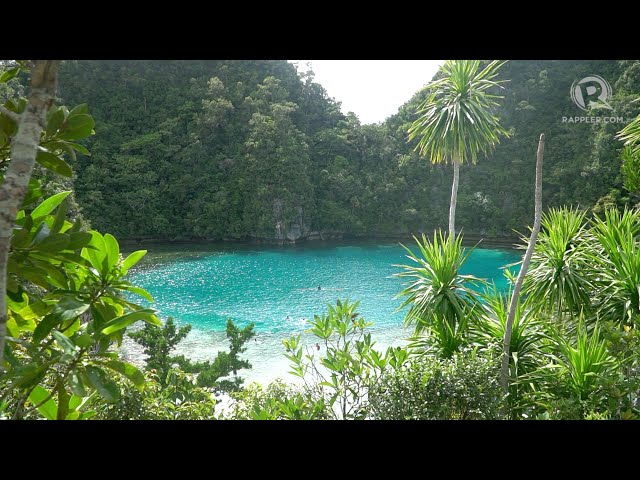 Listen to the people, pass national land use bill

For Robredo, one way to balance the economic gains from mining with the need to protect the environment is to focus on making the industry more sustainable.

This includes reforms in mining operations to minimize the negative effects on the environment and the communities that would potentially be displaced.

The key here, said Robredo, is close consultations not just with mining firms but also communities and stakeholders,

(I believe, Boy, in sustainable mining. But for me, sustainability can only be attained if we have a proper mechanism allowing those living in the communities, those taking care of the environment, to have a voice.)

Robredo – who had worked with communities as an alternative lawyer before entering politics – is hoping to replicate the “People’s Council” that was institutionalized in her home city Naga in Camarines Sur back when her late husband Jesse Robredo was mayor.

The Vice President also said she would also push for the passage of the national land use bill, a measure that would establish clear parameters on what lands can be used for mining.

(That bill needs to be passed because it would mandate which areas in our country should be declared as no-mining zones. If we don’t pass this, the basis of the issuance of permits won’t have solid footing.)

Duterte has included the national land use bill among his legislative priorities since he rose to power in 2016, but has not actively lobbied for it. – Rappler.com

Suspension of Altai mining ops in Sibuyan welcomed, but ‘fight far from over’