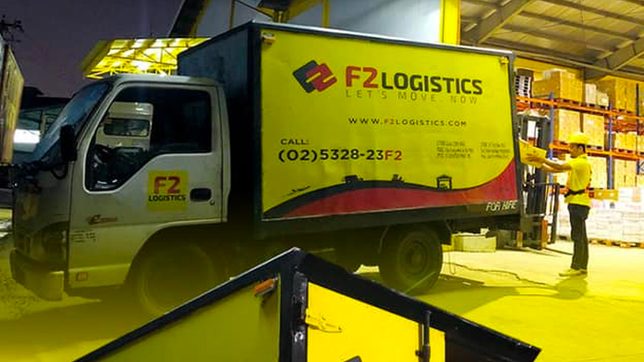 The Commission on Elections (Comelec) recently grabbed the spotlight after it decided to award a multi-million-peso contract to F2 Logistics for the transportation of election-related supplies in 2022.

On October 29, the deal was finalized after both parties signed the half-billion-peso logistics contract.

The move was controversial due to the firm’s ties to Dennis Uy, a Davao-based businessman known for his close relationship with President Rodrigo Duterte.

Here are some fast facts about F2 Logistics, described by its website as a “premiere service-oriented transport company in domestic forwarding.”

The Statement of Contributions and Expenditures submitted by Duterte to Comelec in 2016 listed Uy among the top campaign contributors, donating P30 million in cash to Duterte’s presidential bid.

The 2020 annual report of Chelsea Logistics, where Uy was listed as chairman, took note of his important role in F2 Logistics.

“Mr. Uy is also chairman of F2 Logistics, Phoenix Philippines Foundation, and Udenna Foundation,” his profile in the report read.

F2 Logistics is also a subsidiary of Udenna Corporation, of which Uy is the chairman and president as of April 2021, according to the annual report submitted by Phoenix Petroleum Philippines Inc. to the Securities and Exchange Commission.

Aside from Dennis, two other Uys of F2 Logistics helped Duterte financially in 2016.

Dennis Uy’s wife Cherylyn also donated P1 million to Duterte’s campaign. She is the corporate treasurer of F2 Logistics as of December 2020.

In the 2019 midterm elections, there were four contracts up for grabs for the deployment of election equipment and warehousing services.

F2 Logistics was issued a notice of award for two of them – the first for the transportation of supplies to Mindanao for P248 million, and the second for the deployment of equipment to Northern Luzon for P143 million.

The other two contracts went to Airfreight 2100 Inc. and LBC Express Inc.

Before the Comelec gave the greenlight to award the logistics contract to F2 Logistics, it underwent a bidding process, where it bested three other firms, namely LBC Express, Airspeed International, and 2Go Express Inc.

The four contracts for the project had a total approved budget of P1.61 billion. F2 submitted a bid amounting to P535.999 million for the four lots.

Because F2 Logistics had the lowest calculated bid, it underwent the post-qualification process.

The awarding of the deal to F2 Logistics has alarmed some poll watchdogs, and has prompted detained opposition senator Leila De Lima – herself a former election lawyer – to file a resolution seeking a probe into how F2 Logistics advanced in the bidding process.

“There is a need to avoid any semblance of conflict of interest and ensure that no supplier that participated in partisan political activities should be awarded with contracts connected to the conduct of our national and local elections,” De Lima said in a statement on August 22.

But Comelec Chairman Sheriff Abas had said, prior to approving the awarding of the contract to F2 Logistics, that Uy’s ties to Duterte were not a ground for the delivery firm to be disqualified from the bidding process.

“Many businessmen are big contributors to elections,” Abas said in Filipino on August 20.

Comelec spokesman James Jimenez had also clarified that the deal that F2 Logistics secured does not involve providing equipment and supplies for the 2022 polls.

“[F2’s bid] is in connection with the delivery of equipment and supplies to where they will be used,” Jimenez said.

“‘Warehousing’ also refers only to delivery. Comelec’s vote-counting machines also have a separate warehouse,” he added.

Nonetheless, poll watchdog Legal Network for Truthful Elections (Lente) urged the Comelec not to let its guard down.

“[The Comelec] needs to be more vigilant,” Lente chief Ona Caritos told Rappler. “Because they won, F2 should have transparency measures in place to ensure inspection by all electoral stakeholders once the contract is executed.” – Rappler.com