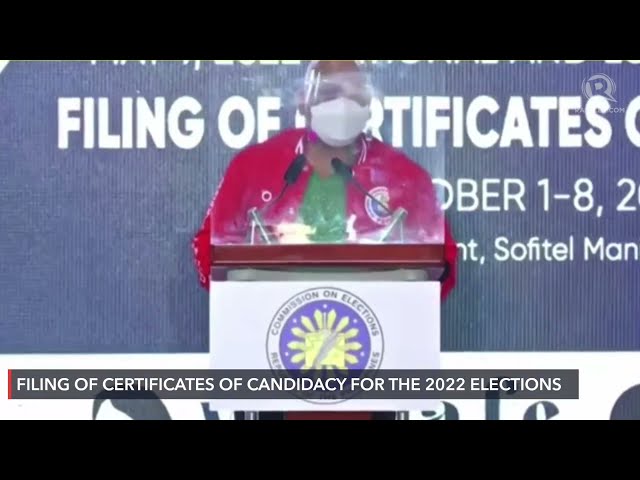 Facebook Twitter Copy URL
Copied
On the prospect of being a placeholder, Senator Ronald 'Bato' dela Rosa is asked if this practice is a 'mockery' of the electoral process

Will he be a placeholder like how President Rodrigo Duterte rose to power in 2016? Will Davao City Mayor Sara Duterte replace him?

Asked about this question, Dela Rosa cheerfully answered “Eh di, mas maganda“ (Then, it is better). But insisted that it was the decision of PDP-Laban, led by Energy Secretary Alfonso Cusi, to field him as its presidential bet for the 2022 elections.

The practice of party substitution has been frowned upon by critics.

The “original” PDP-Laban led by Senator Manny Pacquiao has, in a way, “predicted” this, saying that the Cusi-led faction wanted a different standard bearer to begin with.

Rappler reporter Dwight de Leon asked if the “practice” of substitution is a mockery of the Philippine electoral process. Appearing to be irked by this question, Dela Rosa said, “Do I look like a mockery to you?”

Watch the video above as Dela Rosa lost his cool while answering De Leon’s question on Friday, October 8. – Rappler.com