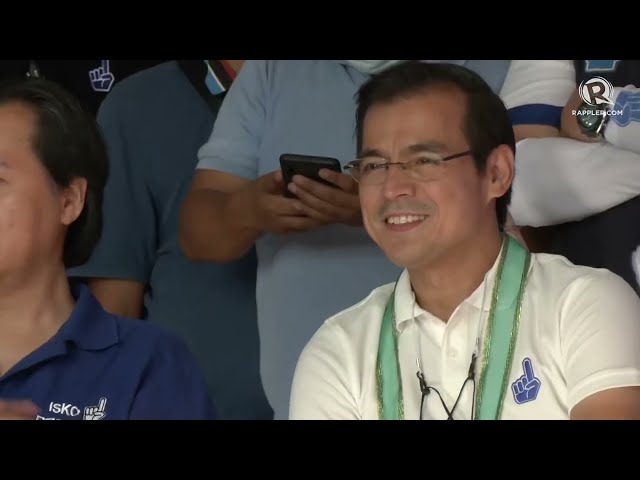 ILIGAN CITY, Philippines – Manila Mayor and presidential candidate Isko Moreno ended his March visit to Northern Mindanao in high spirits, buoyed by the energy of his rally in Iligan city.

The March 30 rally wrapped up Moreno’s three-day campaign trip to Northern Mindanao, a region with 3 million registered voters. In “Duterte country,” the Manila mayor won another ally – a wing of a party founded by Rodrigo Duterte supporters that disagrees with the other faction’s support for dictator’s son Ferdinand Marcos Jr.

But it was the crowd at the Iligan City plaza that made the Manila mayor and Aksyon Demokratiko standard-bearer say that his trip to Mindanao was well worth the effort.

Like most of his campaign events all over the country, Moreno’s Iligan sorties did not involve the support of major local political leaders. Will what Moreno calls “iskorganic” support make up for the lack of local political machinery?