Facebook Twitter Copy URL
Copied
For a second day, the Roque family show up for hearings that don't push through because of the suspect's refusal to attend

MANILA, Philippines – Members of the Filipino-American family who were verbally and physically attacked in North Hollywood, Los Angeles, on May 13, will seek an extraction order from the judge hearing the case against suspect Nicholas Weber.

“It’s very frustrating,” Patricia Roque, the daughter of Nerissa and Gabriel Roque, said on Friday, June 24, after Weber, who is in police custody, refused to leave his cell for the arraignment.

Patricia, in a video taken by migrant rights advocate Xenia Tupas, said the family would ask the judge to issue an extraction order on Weber.

“How long do we have to wait to get a solid confirmation on anything?” said the 19-year-old who took the videos of the parking lot assault that started with verbal slurs. 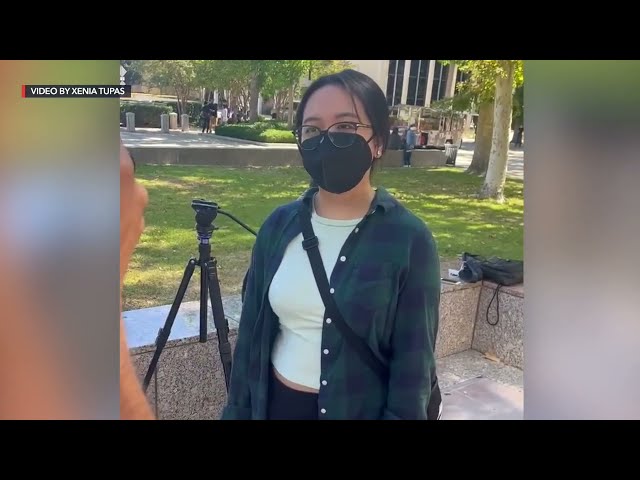 The hearing, attended by the Roque family, did not push through for a second day because of Weber’s absence, said a joint statement by the Filipino Migrant Center, the National Alliance for Filipino Concerns (NAFCON), and Migrante Los Angeles.

It was the third time that Weber refused to attend his arraignment. The first was on June 8, prompting the judge to issue a warrant for his arrest.

Complaints for battery and aggravated battery, with hate crime enhancements, were filed against Weber on June 5.

Patricia also said the district attorney’s claim of being in close contact with the family “is an exaggeration.”

“We were not informed that Weber was arrested on June 16, 2022. In fact we held a rally on June 17, 2022 demanding his swift arrest and prosecution,” she pointed out.

She  also said they did not see the deputy district attorney in court on June 24.

Taiji Miyagawa of the Progressive Asian Network for Action (PANA) said the attack on the Roques “is a clear example of what’s been happening to Asian people in the United States and even in other parts of the world in the last couple of years now with the rise in hate crimes.” – Rappler.com