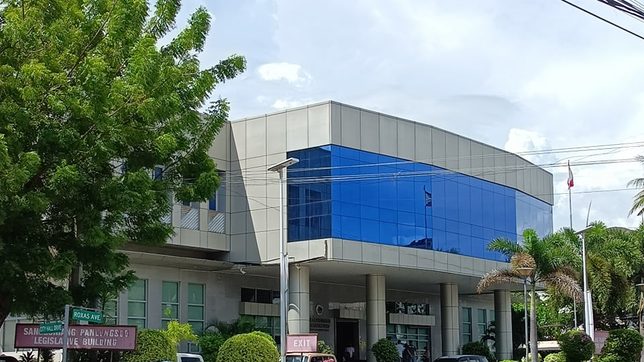 CITY COUNCIL. The building that houses General Santos’ city council. Councilors have questioned the legality of a proposal to authorize Mayor Ronnel Rivera to pay debts to hotels, inns, and lodges that have been used as quarantine facilities.

The General Santos City government has promised to pay hotels, inns, and lodges that were turned into COVID-19 quarantine facilities before the end of the year, but local officials could not say yet exactly how they would do this without violating the Government Procurement Reform Act.

City hall owes the establishments at least P22 million for the use of their facilities and services since January 2021.

Gacal, chairman of the city council’s blue-ribbon committee, said the unpaid bills were incurred from January to September, and the local executive department thought that a mere authorization from the city council for Mayor Ronnel Rivera to pay the hotels and similar establishments would be a quick fix.

“What I know is there is no way that the hotels can be paid for the January to September period,” he said.

Rivera met with the city’s hoteliers and operators of inns and lodges on November 10 to assure them that they would get paid by the local government.

One of those who attended the meeting said the mayor promised that they would be paid in two to three weeks.

City legal officer Armando Clarin said that city hall was looking for ways to pay up.  “We have to pay because it is our obligation,” he said.

He was the same official who told the city council earlier that an option the billers could take would be to sue city hall to legally force it into releasing funds to settle its obligations.

But Clarin said another remedy was for the city council to authorize Rivera to settle the unpaid obligations based on the Local Government of 1991.

Clarin said the funds were already available as early as August but could not be released because the local special bids and awards committee disallowed it.

Officials said the obligations were incurred before the procurement requests were made, and therefore, the transactions did not conform with provisions of the Republic Act No. 9184 or the Government Procurement Reform Act.

Councilor Bing Dinopol, chairman of the city council’s finance committee, said the proposal needs to be scrutinized to make sure that councilors won’t get in trouble if they authorized the release of funds.

Dinopol told the online-based Balita OnlinePH that the hotels need to be paid “pero ambot unsa ang legality ana (but I am not sure about the legalities).”

Gacal, a lawyer by profession, said it would be “delusional thinking” to say that a mere authority from the city council would solve the legal problem.

“Will that cure everything? We are fooling ourselves if we think that a mere resolution authorizing the city mayor to release funds will change the fact that there was non-compliance to the procurement law,” Gacal said.

Many of these establishments were paid for their services last year but at least P300,000 remained unsettled in 2020 alone.

Based on the billings, city hall incurred a P12.7-million debt from January to June and another P9,699,900 from July to September 2021. –Rappler.com