MORE COMPLAINTS. In this file photo Undersecretary Lorraine Badoy is photographed presenting at the Senate on November 24, 2020.

Facebook Twitter Copy URL
Copied
The Alliance of Health Workers says Lorraine Badoy’s conduct and statements maligning her fellow health workers 'constitute unprofessional and unethical conduct, for which she must be penalized'

MANILA, Philippines – The Alliance of Health Workers (AHW) on Monday, April 11, trooped to the Professional Regulations Commission (PRC) to file complaints against government anti-communist task force (NTF-ELCAC) spokesperson Lorraine Badoy, even as they sought the immediate revocation of her physician license.

“We are upset by this red-tagging issue. We are in the midst of a pandemic wherein we risked our lives and health in fighting the deadly virus. Many of our fellow health workers died in combating COVID-19 and yet we are being maliciously attacked and accused of being terrorists by Ms. Badoy and the entire NTF-ELCAC,” said Cristy Donguines, a nurse and president of Jose Reyes Memorial Medical Center Employees Union-Alliance of Health Workers.

The group said that earlier this month, serial red-tagger Badoy maliciously implicated AHW as a creation of the CPP-NPA-NDF with the aim of infiltrating the government. She released the said statement on the Facebook page of the NTF-ELCAC. She also accused AHW president Robert Mendoza and secretary-general Benjamin Santos as being “operatives and cadres of the CPP-NPA-NDF.”

“The false, baseless and dangerous allegations of Badoy have caused intense anxiety and sleepless nights to AHW’s national leaders and members and have also caused the same level of distress to people who are close to us,” said Donguines.

The group said that Badoy’s conduct and statements maligning her fellow health workers and the AHW as an organization “constitute unprofessional and unethical conduct, for which she must be penalized.”

“She owes a degree of responsibility to fellow health workers to act with professionalism and fairness, and not unfairness and vitriol,” they added.

Karen Mae Faurillo, a registered social worker and president of All UP-Workers Union-Manila, said it was unfair and demoralizing that the “one understands the demands and rigors of our profession as health workers is the one who denigrated and vilified us.”

“Where is the compassion here?” she asked.

On April 7, various members of the AHW filed administrative and criminal complaints against Badoy over defamation and red-tagging of their leaders. The complaints filed on Monday followed a string of cases against Badoy. In March alone, complaints from two separate groups were filed against her. 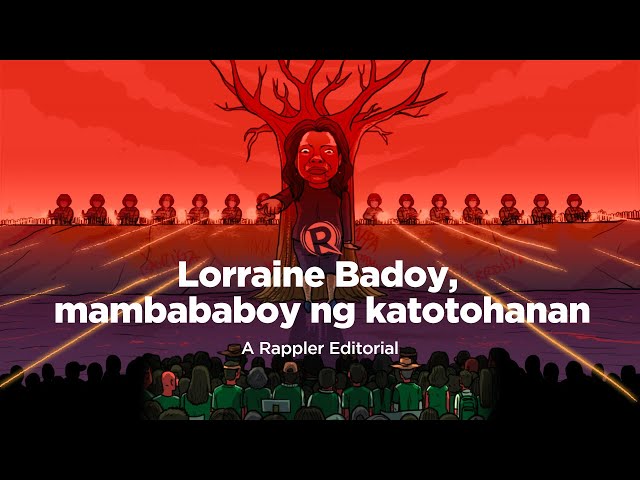 After red-tagging Vice President Leni Robredo and members of the progressive Makabayan bloc, some 26 activists and concerned citizens filed three separate cases accusing Badoy of multiple violations of the Anti-Graft and Corrupt Practices Act and the Code of Conduct and Ethical Standards for Public Officials and Employees.

The AHW is an accredited organization under the Securities and Exchange Commission and the Department of Labor and Employment. The group, over the years, has been pushing for the rights of workers in the health sector. – Rappler.com