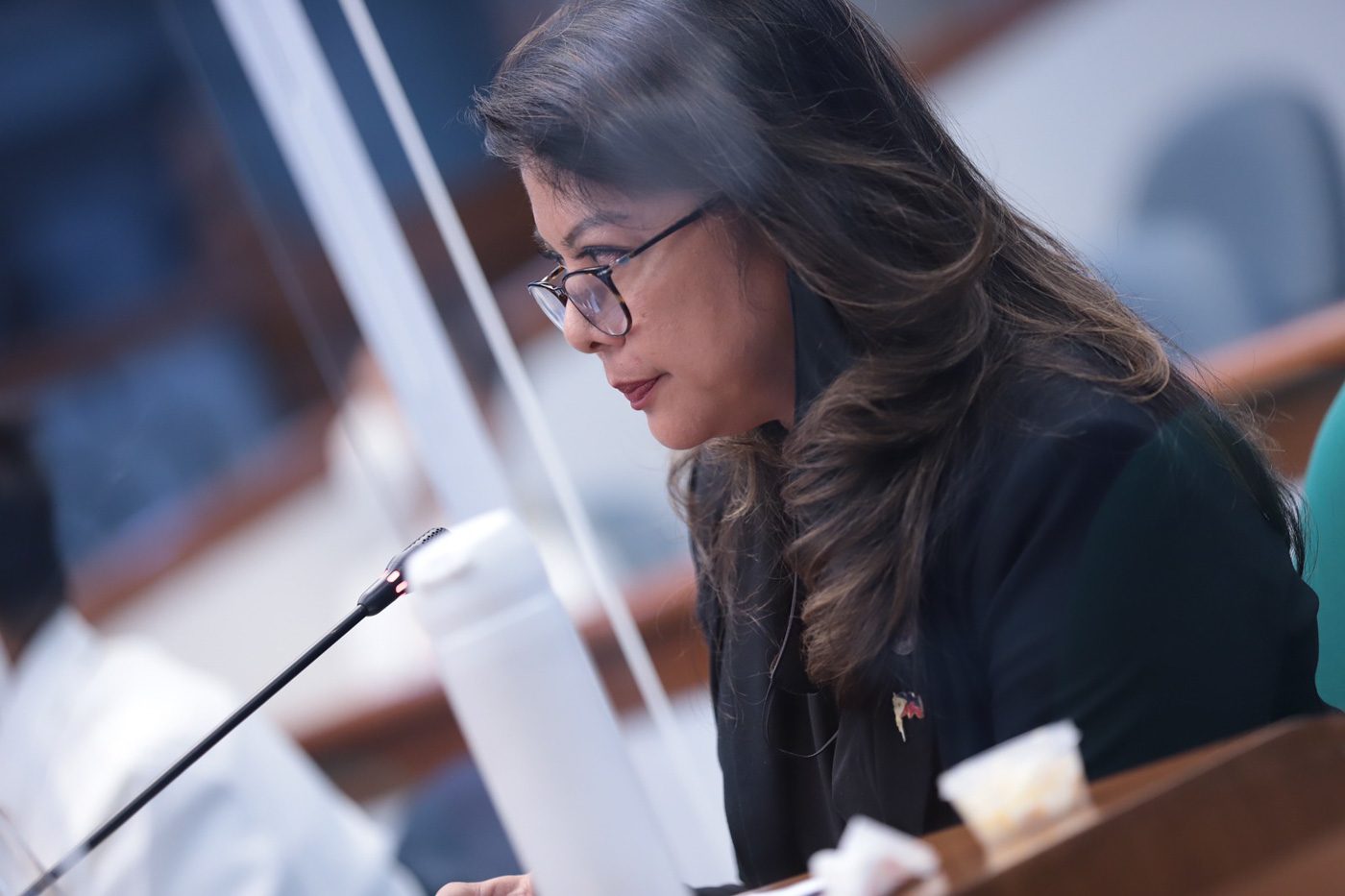 MORE COMPLAINTS. In this file photo Undersecretary Lorraine Badoy is photographed presenting at the Senate on November 24, 2020.

On Wednesday, March 23, some 26 activists and concerned citizens filed before the Office of the Ombudsman three separate complaints that accused Badoy of multiple violations of the Anti-Graft and Corrupt Practices Act and the Code of Conduct and Ethical Standards for Public Officials and Employees.

(It is wrong for a public official to hurl serious but baseless accusations. Defaming and intimidating a fellow public official, much more ordinary citizens, is inappropriate for the position of Usec Badoy. A person who initiates and spreads fake news has no place in government and the dominant state media.)

The complaints are in relation to her statement on March 14, where she falsely accused Robredo of conspiring with the Communist Party of the Philippines (CPP) just because the progressive Makabayan bloc endorsed her presidential bid. (READ: HINDI TOTOO: Robredo-Pangilinan tandem tinanggap at ikinatuwa ang pag-endoso ng CPP-NPA-NDF)

Badoy echoed the government’s theory that the Makabayan coalition was made of CPP “fronts,” even without substantial evidence.

The complaint is the first of such kind during the 2022 election period, capping the surge of red-tagging incidents under the Duterte administration. Complainants warned that the government, through officials like Badoy, would continue to use the red tag until the end of the Duterte administration, this time to spoil the candidacy of opposition figures like Robredo and Makabayan lawmakers.

The activists and concerned citizens asked for two things from the Ombudsman:

Badoy is an undersecretary at the Presidential Communications Operations Office (PCOO) and serves as the spokesperson of the controversial National Task Force to End Local Communist Armed Conflict (NTF-ELCAC). She recently red-tagged Baguio City Mayor Benjamin Magalong in social media posts after the local chief executive ordered cops to take down tarpaulins that red-tagged activists, students, and other personalities in his city, following a dialogue with red-tagging victims.

By Rappler’s count, the latest set of complaints was the sixth time that Badoy faced accusations of impropriety for red-tagging and spreading false information, following similar complaints lodged by IBON, rights group Karapatan, the National Union of Peoples’ Lawyers, and Kabataan. – Rappler.com