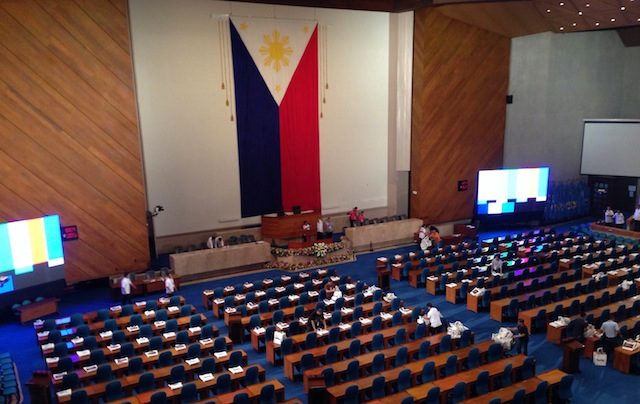 Facebook Twitter Copy URL
Copied
Under the proposed Magna Carta on Religious Freedom, the government must ensure that none of its acts will curtail a person's right to exercise a religious belief, unless it results in violence, or is against public safety

MANILA, Philippines – The House of Representatives on Monday, January 23, passed on final reading a measure that seeks to operationalize the constitutional provision on the freedom of religion.

Under House Bill No. 6492 or the Magna Carta on Religious Freedom Act, the government must ensure that none of its acts will curtail a person’s right to exercise their religious belief, unless it results in violence, or is against public safety.

The bill enumerates the acts that curtail people’s right to religious freedom, such as compelling anyone by force, threat, intimidation, or undue influence to subscribe or not to subscribe to a particular religious belief; threatening someone to prevent them from changing religion; and hindering them to exercise any expression of their religious belief.

First-time violators will face monetary penalties of up to P500,000, and jail sentence of up to eight years.

The Department of Justice will also be compelled to establish a hotline specifically for concerns regarding religious freedom.

It hurdled the House with 256 lawmakers voting yes to the bill, one congressman voting no, and three others voting to abstain. – Rappler.com