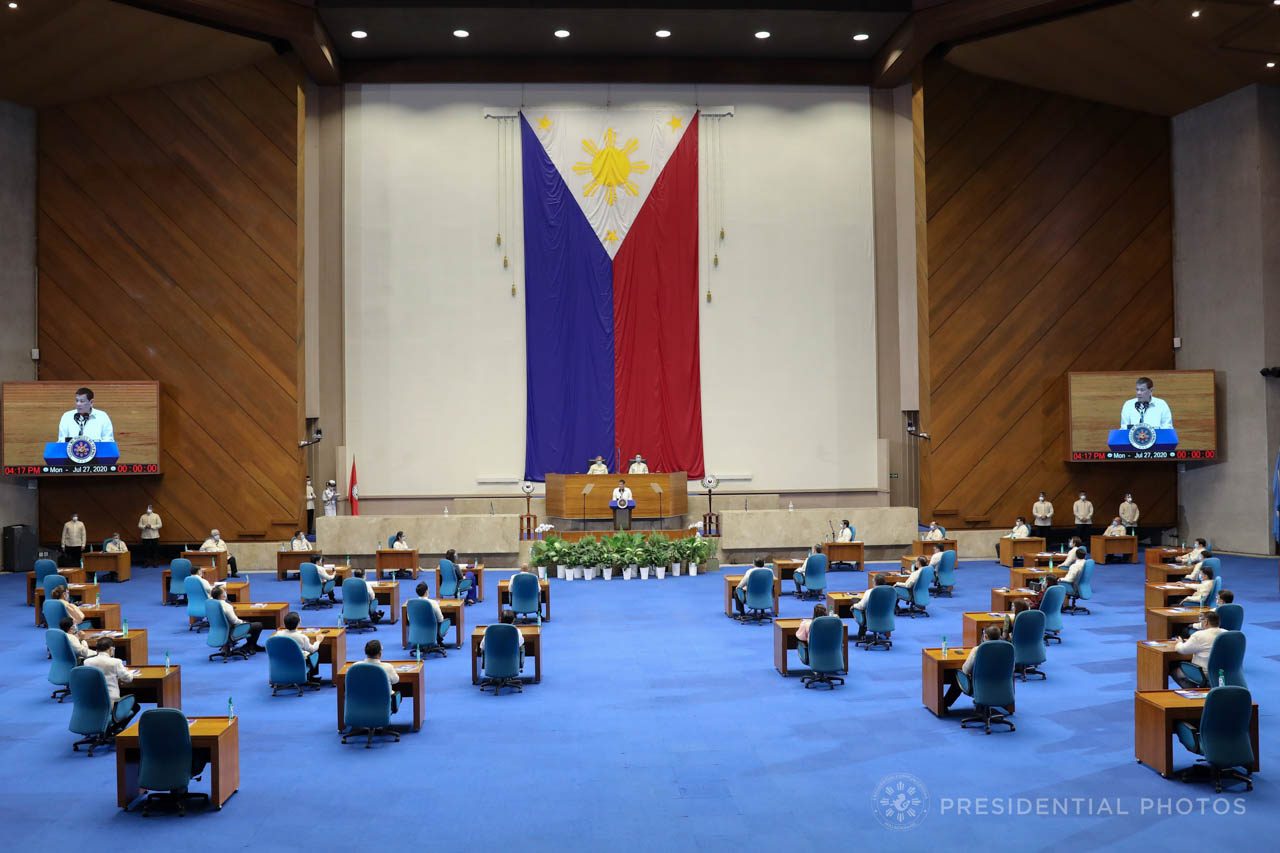 PASSED. President Rodrigo Roa Duterte delivers his 5th State of the Nation Address at the House of Representatives Complex in Quezon City on July 27, 2020.

The House of Representatives passed the proposed P5.024-trillion worth 2022 budget on Thursday, September 30, meeting its self-imposed deadline to end deliberations ahead of the filing of certificates of candidacy for the 2022 elections.

A total of 238 lawmakers approved the 2022 General Appropriations Bill (GAB) on third and final reading just minutes after the plenary passed the measure on second reading. There were 6 negative votes and no abstentions.

The House took only eight days of plenary hearings to pass the budget bill, which angered opposition lawmakers from the Makabayan bloc who said the proposed budget – amid a mismanaged pandemic and the incoming election year – needed more scrutiny. 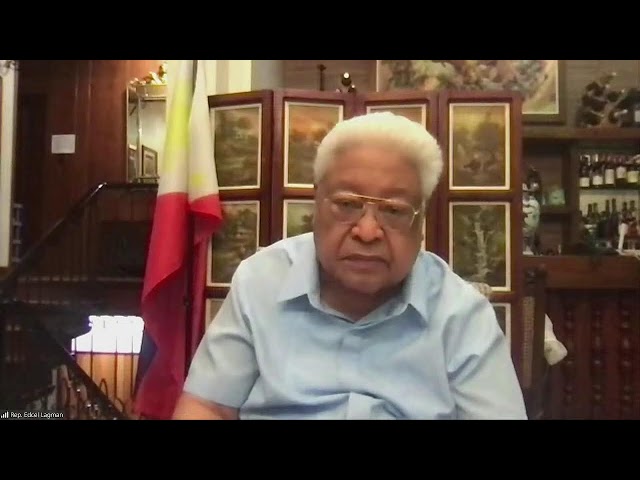 The swift passage was made possible by President Rodrigo Duterte, who certified the budget bill as urgent on Wednesday night, September 29.

As the House rushed its passage, the period of amendments was not thoroughly done. Section 25, Article VI of the 1987 Constitution bars Congress from making other amendments to a bill that has already been passed on the final reading.

The House will instead form a committee composed of lawmakers from both the majority and minority blocs, which will prepare a list of the House’s proposed amendments to the bicameral conference committee, where congressmen and senators are expected to further thresh out the amendments of the respective chambers.

An election and pandemic year budget 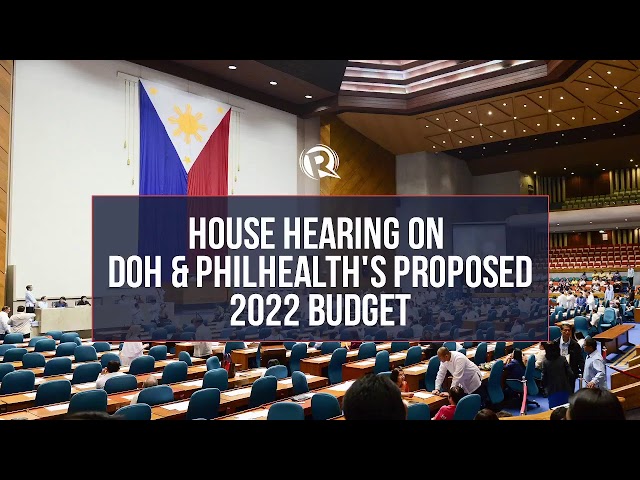 The budget was deliberated against the backdrop of the nearing national and local elections in 2022, and the pandemic.

During his turno en contra – the period in the budget deliberation where dissenting voices explain their votes – Bayan Muna Representative Carlos Zarate described the budget as “unresponsive” to the country, but instead allowed for “luxuries” in favor of the Duterte government.

The Commission on Elections (Comelec) sought a P41.992-billion budget for 2022, more than double the budget it received in 2016, the last presidential election year. But the Duterte government trimmed this down to P26.497 billion when it submitted the proposed budget to Congress.

This comes as the poll body is under pressure to “COVID-proof” the 2022 polls, where at least 61 million Filipinos are already eligible to cast their ballots.

The Duterte government proposed a P242.2-billion budget for the Department of Health (DOH). Of that amount, P19.6 billion was allotted for COVID-19 response.

Standing out among controversial allotments is the proposed P28.1 billion budget request for the National Task Force to End Local Communist Armed Conflict (NTF-ELCAC). This is P11.66 billion more than the P16.4 billion NTF-ELCAC received in 2021.

The Office of the President also requested a P4.5 billion allocation for intelligence and confidential funds – more than half of the entire proposed OP budget of P8.2 billion for 2022.

The budget passed at the House is not yet final. After the Senate passes its own budget bill, the two chambers will convene as the bicameral conference committee.

The bicam committee’s job will be to reconcile differing or conflicting provisions in their versions of the GAB to produce a single, unified bill, which will then be submitted to Duterte for approval. – Rappler.com