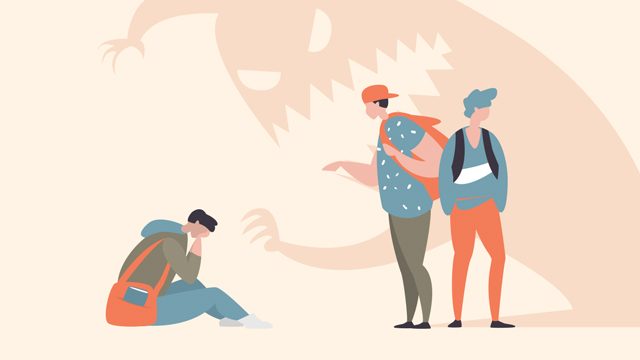 Facebook Twitter Copy URL
Copied
The measure does not cover discriminatory acts based on gender, which is covered under the still-pending SOGIE bill

The bill that would punish discriminatory acts based on race, ethnicity, and religion with jail time is one step away from hurdling the Philippine House of Representatives.

On Tuesday, January 26, legislators passed on 2nd reading House Bill (HB) No. 8243 or the proposed “Equality and Non-Discrimination on Race, Ethnicity, and Religion Act” through viva voce voting or a vote of ayes and nays.

This means HB 8243 – which bans a comprehensive list of discriminatory acts based on race, ethnicity, and religion – only needs to be passed on 3rd reading to get its final nod from the House.

The bill, however, does not cover discriminatory acts based on gender, which are prohibited under the sexual orientation and gender identity and expression (SOGIE) bill. The SOGIE bill is encountering strong opposition in the House committee on women and gender equality, where the measure is still pending.

If passed into law, HB 8243 would prohibit the following acts of discrimination when committed on the basis of race, color, descent, national or ethnic origin, or religion beliefs:

The bill bans advertisements that discriminate against a person’s race, ethnicity, or religion.

Speeches that promote hatred or violence against another person’s race, ethnicity, and religion would be banned as well.

The bill likewise penalizes acts whose goal is to impair or nullify a person’s human rights and fundamental freedoms. This includes the “unnecessary, unjustified, illegal, and degrading” investigatory activities of the the police and the military.

Those who would incite others to commit these discriminatory acts would be found liable under the bill.

Depending on the circumstance and gravity of the offense, HB 8243 would punish violators with jail time between 30 days up to 6 months. They may also be required to pay a fine between P10,000 up to P100,000.

If the offender is a corporation, partnership, or association, then the officer or employee responsible for the discriminatory act would face the maximum penalty under the bill.

The bill would also impose the maximum punishment when the perpetrator is a parent, guardian, or relative within the second degree of consanguinity of the victim. The same penalty would be meted on a manager of an establishment which has no license to operate.

If the violator is a foreigner, then he or she would be deported immediately after the service of the sentence and would be perpetually barred from entering the Philippines.

Administrative proceedings and sanctions would also be faced by any government department, agency, or office found guilty of committing the discriminatory acts.

HB 8243 also sets specific procedures for the reparations of the victims.

There’s still a long way to go before the bill becomes law, however. The Senate version of HB 8243 is still pending at the committee level. This anti-discrimination bill has to go through another 3 successful readings in the Senate before it can be transmitted to Malacañang for President Rodrigo Duterte’s signature. – Rappler.com