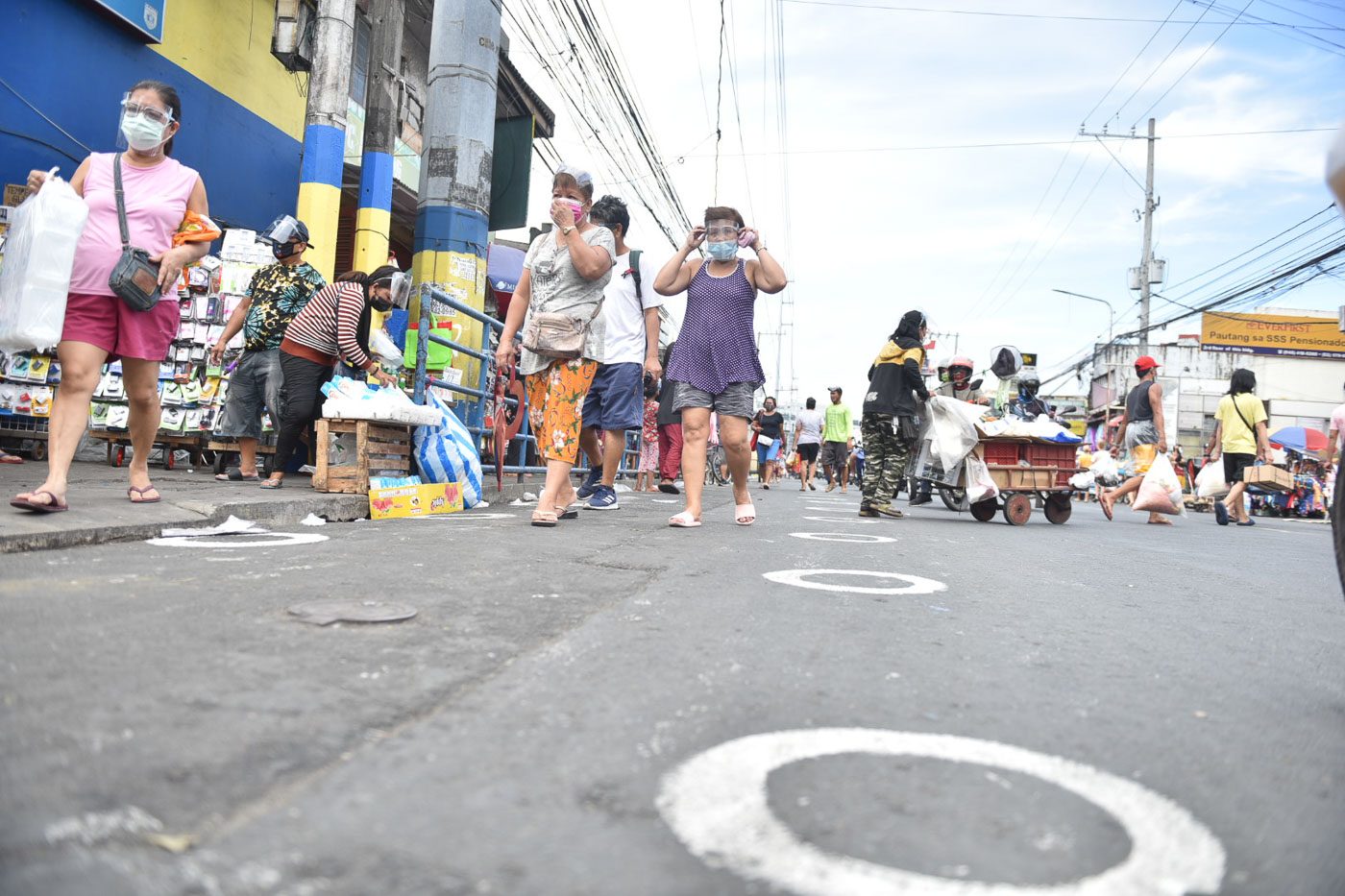 LGU MEASURES. In this file photo, the local government of Bacoor highlights the 'Circle of Life' markers on a sidewalk going to a public market as a reminder to keep proper distancing on March 12, 2021.

Experts studying the coronavirus pandemic in the Philippines flagged three local government units whose intensive care units were currently full, as the country faces an increase in infections in recent weeks.

This means that all ICU beds in these localities were currently filled, signaling health systems in their area were under intense strain.

Another seven local governments saw their ICUs at “critical” risk, with at least 85% of beds occupied. These were:

ICU capacities in different LGUs are a “most critical” factor health officials keep track of when assessing the pandemic situation in the Philippines.

When an ICU is at full capacity, patients who need this type of specialized care may end up waiting elsewhere, such as at the emergency room, while hospitals may also need to scale back elective procedures or surgeries for non-COVID patients to free up more resources.

On Sunday, Octa said the following areas also saw a rise in their hospitalization bed utilization rates, or the number of hospital beds occupied at “high risk” to “critical” levels with at least 70% of isolation, ward, and ICU beds filled:

The Department of Health earlier flagged an increase in cases seen nationwide in areas outside of Metro Manila.

The department urged local government units to take measures to ensure COVID-19 cases are detected and isolated within five days, citing experts’ estimates that meeting the target of 5.5 days could reduce at least one-third of cases.

While Metro Manila and nearby provinces Bulacan, Rizal, Laguna, and Cavite have seen a decline in COVID-19 cases, a health official warned that this trend remains “fragile,” which means that any super-spreader event could trigger a spike in cases. – Rappler.com