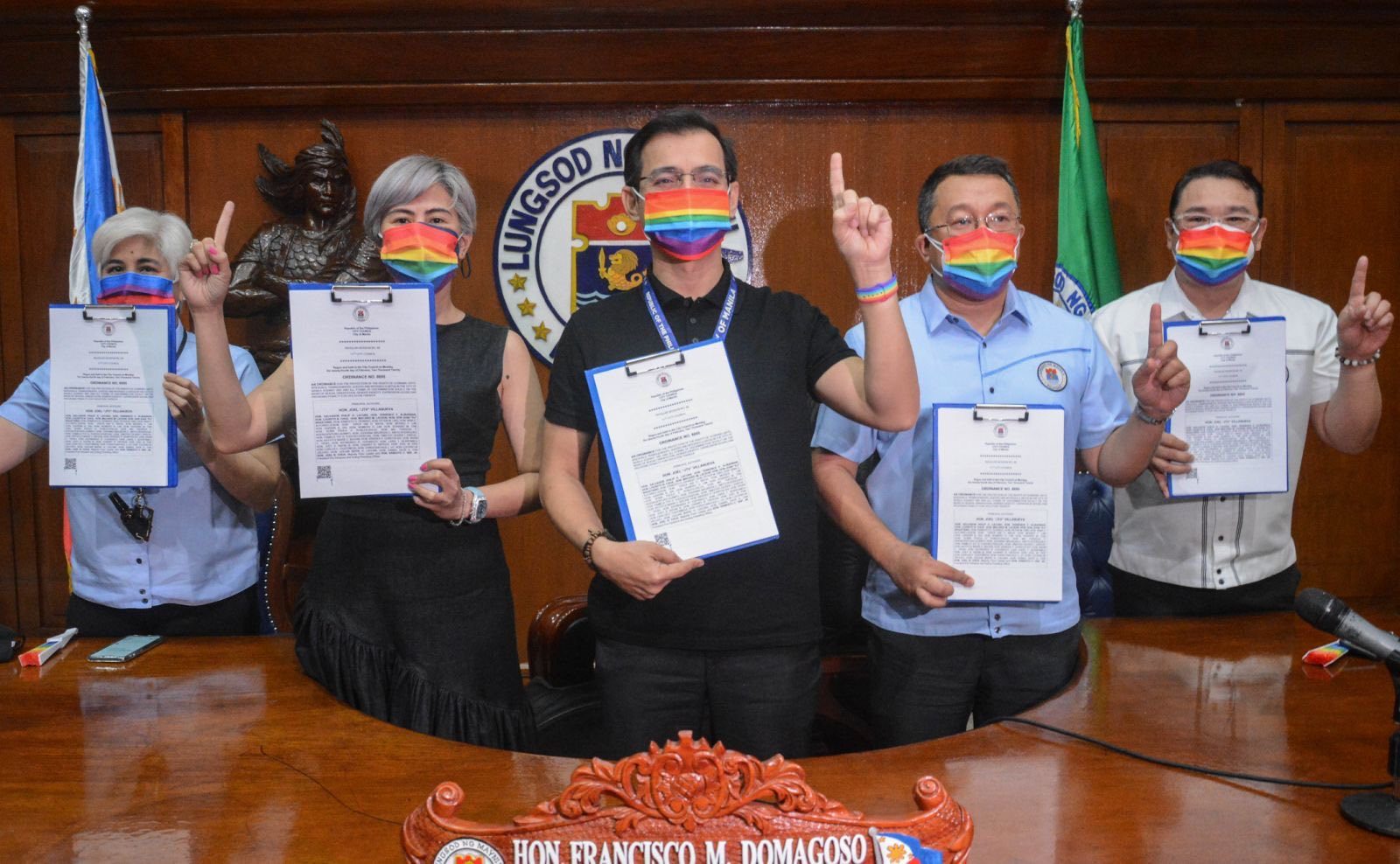 FORWARD. The key Manila officials behind the anti-discrimination ordinance poses for a photo at city hall on Thursday, October 29 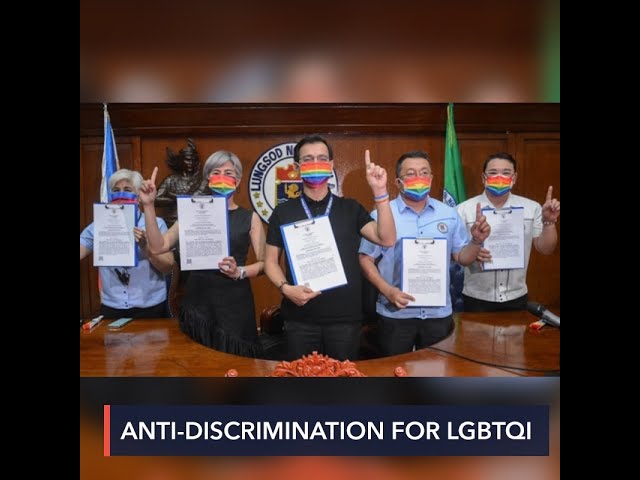 Gender discrimination is now banned in the national capital.

The ordinance bans discrimination on the basis of Sexual Orientation and Gender Identity Expression (SOGIE).

It defined discrimination as: “Any distinction, exclusion, restriction, or other differential treatment that is directly or indirectly based on sexual orientation, gender identity and expression which has the intention or effect of nullifying or impairing the recognition, enjoyment or exercise on an equal footing of political, civil, economic, social, and cultural rights.”

Manila joins Quezon City and a few other cities in the Philippines with anti-discrimination ordinances to combat prejudice in their local jurisdictions.

“I hope this is just a start. There will be long painstaking processes that we need to achieve, but at the very least that we can do for you, is that our local government be with you,” Moreno said in a statement.

What acts are banned?

The ordinance specified the following banned acts on the basis of “actual and perceived SOGIE”:

The ordinance also mandates the creation of the Manila Gender Sensitivity and Development Council (MGSDC) which will be formed through an executive order. It will have a chairperson, a vice-chairperson, an executive director, and 10 members of the board for a technical working group.

The MGSDC is mandated to:

Under the ordinance, barangays are directed to establish LGBTQ Desks to receive complaints, document discrimination incidents, assist LGBTQI members in filing complaints, and inform their constituents of the city’s programs for the benefit of the LGBTI community. – Rappler.com