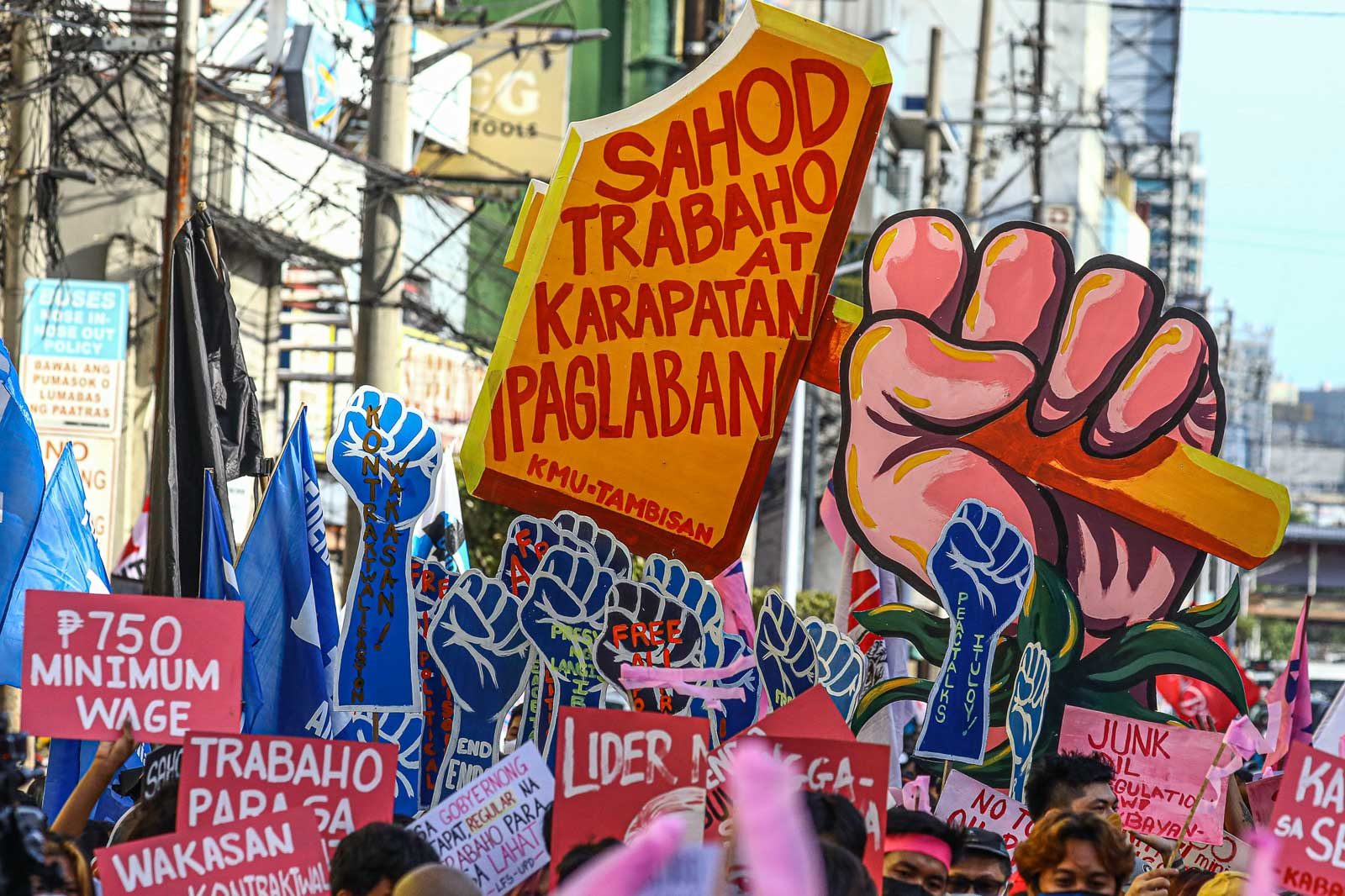 HIGHER WAGES. Workers from different unions and multi-sectoral gather at the Araneta Coliseum to mark International Labor Day on May 1, 2022.

Facebook Twitter Copy URL
Copied
'The P33-wage increase is a pittance and woefully inadequate. It is not even enough to allow workers to recover the lost value of their wages,' says SENTRO

MANILA, Philippines – As the Department of Labor and Employment announced the Metro Manila and Western Visayas regional wage boards’ approval of a minimum wage hike on Saturday, May 14, labor groups renewed their push for the institutionalization of a national minimum wage.

Labor group SENTRO (Sentro ng mga Nagkakaisa at Progresibong Manggagawa) said in a statement that the wage hike in Metro Manila was not enough, and called for setting a national minimum wage instead.

“The P33-wage increase is a pittance and woefully inadequate. It is not even enough to allow workers to recover the lost value of their wages,” SENTRO said, referring to the approved wage hike in Metro Manila.

Citing the National Wages Productivity Commission, SENTRO said that as early as February 2022, real wage eroded by P43, and has been worsening since then. Metro Manila’s inflation rate in April also climbed to 4.4%, while it rose to 5.1% outside the capital region.

“Once again, the [regional wage boards have] failed the workers. It is high time we abolish it and go back to a national wage setting mechanism,” the group said. 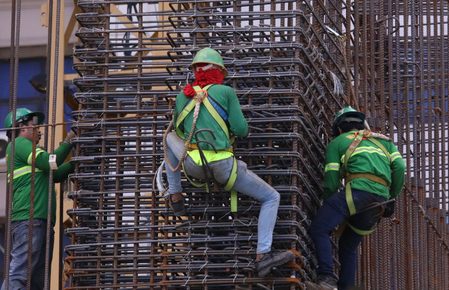 Kilusang Mayo Uno (KMU) also cited the inadequacy of the increases but still called them a “victory” or workers who filed the wake hike petitions. It sought for even more reforms for the welfare of workers nationwide.

(Although they are incremental and not enough for rising prices of goods, the wage increases in Metro Manila and Western Visayas are the victory of the workers who petitioned for them. This is the fruit of continuous dialogue and protest of the workers.)

KMU noted that it took three years for wages to increase, yet the workers were still given “crumbs (mumo).”

KMU said that all regional wage boards must release wage orders so that workers nationwide would be provided increases as well. The group also pushed for the passage of the P750-national minimum wage in the incoming 19th Congress.

In March, the Solidarity of Unions in the Philippines for Empowerment and Reforms (SUPER) filed a petition with Metro Manila’s Regional Tripartite Wage Production Board to increase the wage in the capital region from P537 to P750.

Lawyer Luke Espiritu, who ran but lost in his 2022 senatorial bid under the pro-labor Partido Lakas ng Masa banner, accompanied the petitioners in March. He called for the P750 minimum wage for Metro Manila and the rest of the country.

(The NEDA itself said that one family of five needs P42,000 monthly to live decently. With the current P537 minimum wage, ordinary workers in NCR do not even earn half of this. What more for our workers in the provinces, who have a minimum wage of less than P537?)

On April 8, the Western Visayas regional wage board also held a dialogue with Fishta United Employees for Reform through Solidarity Action, who were also seeking a P750 minimum wage.

Labor groups’ calls for a P750 national minimum wage stretch back several years. In 2016, the IBON Foundation said it was doable. – Rappler.com