MILITARY EXERCISES. In this file photo, the Philippines and US hold military exercises during the 2016 Balikatan exercises.

A technical side agreement that tackles the specifics on custody of troops under the Philippines and United States’ Visiting Forces Agreement (VFA) is now in effect, Philippine Foreign Secretary Teodoro Locsin Jr. said on Tuesday, August 31.

Speaking at the House of Representatives’ hearing on the Department of Foreign Affairs’ (DFA) proposed 2022 budget, Locsin said the complementary side agreement became effective on August 16, about two weeks after President Rodrigo Duterte decided to keep the military deal.

“The Visiting Forces Agreement was restored and the notice of termination was recalled, and it is actually the same VFA except for one chapter referring to the technical agreement,” Locsin said on Tuesday.

Earlier, Defense Secretary Delfin Lorenzana said Philippine and US officials had coordinated in crafting the accompanying agreement through the Presidential Commission on Visiting Forces, in part to address the public’s concerns and shape a way forward for the VFA’s implementation “na hindi naman agrabyado ‘yung mga tao natin (in a way that was not disadvantageous to us).”

The issue of custody of troops has long been a thorn in the military pact after US troops were convicted of crimes including rape and homicide in the past, eliciting public outcry from Filipinos. Lorenzana had likewise described the issue of custody as an “irritant” for the Philippine side, adding that the side agreement expected finally tackled the contentious issue. 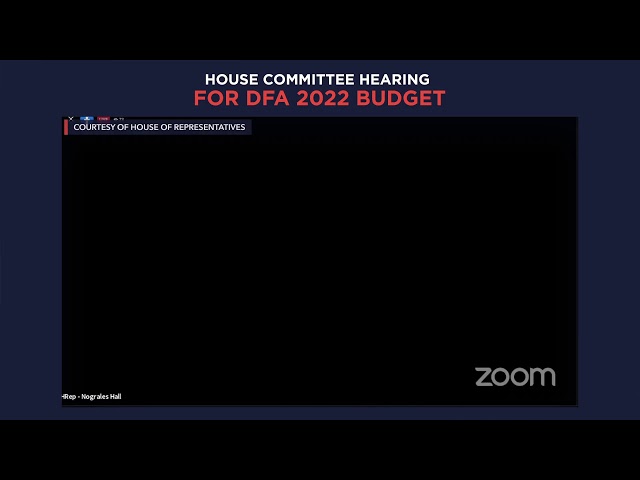 Asked to confirm if the terms of the VFA had been changed, Locsin said the deal as it was originally ratified was “not at all modified.”

He said the technical agreement was a “clarification of procedures” that were involved in criminal jurisdiction and included mutually agreed upon procedures in the handling of troops that ensured “parity and mutual respect” when implementing the VFA.

Locsin said its coverage included “clarification on transmittal of notifications and communications through diplomatic levers, procedures on requests for custody, defined points of contact, and the establishment of a Philippines-US joint committee to facilitate the implementation of side technical agreement.”

Duterte’s decision to keep the VFA had ended over a year of uncertainty over the fate of the deal, which provides the legal framework for the presence of US troops in the Philippines for war games and other joint activities.

The Philippine leader had threatened to terminate the VFA in January 2020, as he fumed over the US’s cancellation of the visa of his ally, Senator Ronald dela Rosa, who, as his former top cop, had implemented his bloody anti-drugs campaign in the early years of his presidency.

Duterte had previously cited the move of the US to donate COVID-19 vaccine doses as a factor that pushed him to keep the VFA. The President made the decision after meeting with US Defense Secretary Lloyd Austin III, the first cabinet member of President Joe Biden to visit the Philippines.

Locsin said on Tuesday that the country may secure more vaccines from the US. He is also scheduled to make a trip to Washington DC next week for talks with Biden administration officials on an alliance that is “vital” to maintaining stability in the Asia Pacific region. – Rappler.com