Facebook Twitter Copy URL
Copied
‘The MDT has been beneficial to the Philippines, but not enough to make it stand on its own feet,’ Lorenzana says

Defense Secretary Delfin Lorenzana on Wednesday, September 8, renewed his call for a review of the 70-year-old Mutual Defense Treaty (MDT) between the Philippines and the United States.

In an event organized by the Center for Strategic and International Studies to commemorate the seven decades of the agreement, Lorenzana said the treaty needed to be reviewed to ensure its relevance in the present situation.

“What is clear is that we need a comprehensive review of our alliance, taking stock of the pros and cons of the MDT and what happened in the past 70 years,” Lorenzana said. According to Manila’s defense chief, even with the guarantees provided by the MDT, the Philippines cannot lean on the US forever. “The MDT has been beneficial to the Philippines, but not enough to make it stand on its own feet. We cannot be forever relying on others for our security.”

In 1951, the MDT was signed by the two long-time allies. In the agreement, they vowed to defend each other in the event of an armed attack by a hostile party. As early as 2018, though, Lorenzana said he would review the treaty to ensure its relevance to the country’s national security.

During the Wednesday event, Lorenzana offered three key points that the US and the Philippines might consider to beef up the MDT, as well as the overall military cooperation. These are:

According to Lorenzana, the review in the US commitment would benefit the country amid the continuous Chinese threats in Philippine waters. These threats included the prospect of a Chinese Air Defense Identification Zone and the militarization of China in Scarborough Shoal.

Revisions, additions to MDT and other relevant defense agreements

Lorenzana explained that the revision in existing agreements would strengthen the interoperability between the Philippines and the US in responding to Chinese threats like “gray zone” ships and Chinese maritime militia forces intimidating small Filipino fisherfolk. The defense secretary added that the Philippines needed more specific operational discussions and joint activities with the US.

At the height of Chinese threats, Lorenzana said the US should aid the Philippines in the purchase of more advanced weapons systems that will enable the Philippines to have “minimum deterrence” capability against threats. Lorenzana pointed out that even non-treaty allies of the US receive billions of military aid, perhaps, it’s time for the US to increase its military aid to the Philippines. 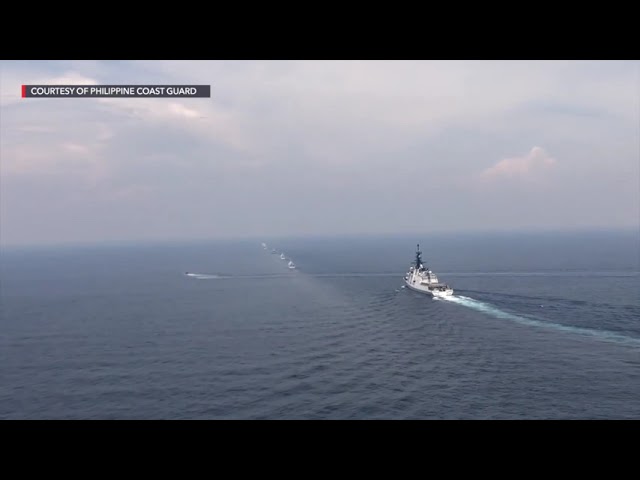 However, according to former military chief retired General Emmanuel Bautista, the review of the MDT might not be possible under the Duterte administration.

“I don’t think the review will materialize… Perhaps in the next administration, that can happen,” Bautista said in the same event.

During his active years in the military as a major general, Lorenzana served as defense attaché in the US from 2002 to 2004 under the Arroyo administration.

From 2004 to 2015, he served as the head of the Office of Veterans Affairs at the Philippine Embassy in Washington, DC under the administration of the late former president Benigno Aquino III.

The Philippines, a former American colony, is considered as one of the long-time allies of the US in Asia. The country also receives the biggest military aid from the US among Southeast Asian countries. However, Duterte’s pivot to China changed the complexion of the relationship between the Philippines and the US.

In 2020, the unpredictable Duterte threatened to scrap the Visiting Forces Agreement, a treaty containing guidelines for US military and civilian personnel temporarily staying in the Philippines. What triggered that was when Duterte ally Senator Ronald Dela Rosa was denied a US Visa. A month after, he sent a formal notice of termination to the US. The Duterte government had suspended the termination for at least three times. In July 2021, only a few months left for Duterte in office, Lorenzana announced that the government formally cancelled the abrogation of the VFA. – With reports from Sofia Tomacruz/ Rappler.com

US defense secretary arrives in PH, seeks to speed up EDCA implementation