Defense Secretary Delfin Lorenzana, whose department oversees the country’s military, said he did not agree with the short-term appointments of chiefs of staff of the Armed Forces of the Philippines (AFP), describing it as “not good” for the military.

“I have always been against that, ever since the start. Siguro noong nasa serbisyo pa ako, I have already voiced my concern and objection to the practice because it is not good for the organization, ‘yung sandali lang ‘yung chief of staff,” Lorenzana said in a Rappler Talk interview on Wednesday, August 4.

(I have always been against that, ever since the start. Even when I’m in the service, I have already voiced my concern and objection to the practice because it is not good for the organization, that the chief of staff will only serve for a short time.)

The defense chief though said that President Rodrigo Duterte had no choice because of the mandatory retirement age of 56 for military and police personnel.

(However, the president can’t do anything. The law is there, which states the mandatory retirement age of 56. So the only way to rectify this is for the law to be amended.)

Under Duterte, the average serving time of AFP chiefs was only six months. Gloria Macapagal-Arroyo’s appointees had an average of 10 months at the helm, while appointees of Benigno “Noynoy” Aquino III had 11-month stints. 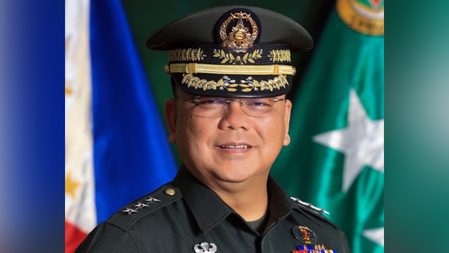 Duterte also has the distinction of having appointed the most AFP chiefs during his term. In less than six years, he had appointed 10 military chiefs – and is expected to appoint his 11th in November. Duterte’s numbers rival Arroyo, who had appointed 11 chiefs in her nine years as commander-in-chief.

What does the law say

The Constitution gives the president the power to pick the military chief of staff. The country’s highest law did not state the minimum serving time for AFP chiefs, but rather explicitly stated that an AFP chief shall serve for a maximum of three years only.

Under Aquino’s term, in 2011, House Bill No. 6 was filed, which prescribed the fixed term for AFP chiefs. Its Senate counterpart, Senate Bill No. 2869, was also filed. Both bills were passed and reconciled in the bicameral conference. However, Aquino vetoed the bill because of the Constitution’s requirement that the term of AFP chief shall not be extended.

Even with the existing laws, Duterte could still pick younger but qualified military officers to lead the 143,000-strong AFP for three years. However, Lorenzana said Duterte provided opportunities for senior officers.

“He can decide to pick a younger, but binigyan niya ng premium yung seniority. So may mga chief of staff during his time that lasted for one year. Iba naman mga six months, ang pinaka-short is three months,” Lorenzana said.

(He can decide to pick a younger one, but he gave premium attention to seniority. So there were chiefs of staff during his time that lasted for one year.  While the others were six months, the shortest is three months.)

Under Duterte’s term, Senator Richard Gordon filed Senate Bill No. 1785, while Representative Boboy Tupaz filed House Bill No. 8056, both seeking to extend the mandatory age retirement of military officers, including AFP chief, to 65. Both bills are pending at the committee level. – Rappler.com