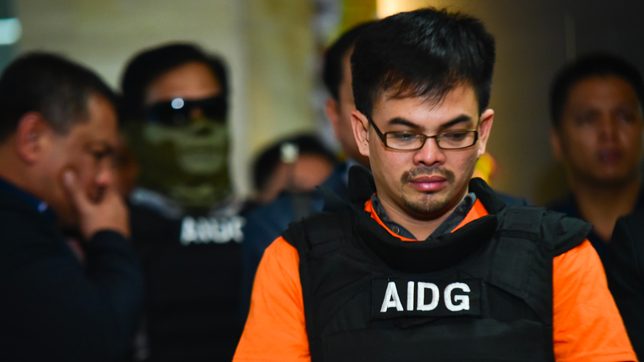 The demurrers claimed that the prosecution failed to prove every element of the illegal sale of dangerous drugs under Republic Act No. 9165 or the Comprehensive Dangerous Drugs Act of 2002. These elements include the identity of the buyer, the seller, the object of sale, and the delivery of the object and its payment.

Espinosa and his co-accused argued that since the prosecution failed to present any of these elements, the case must be dismissed.

However, the court agreed with the prosecution in saying that the elements of illegal sale of dangerous drugs do not need to be presented, since the charges are of conspiracy to commit illegal trading, which has different elements.

Nonetheless, the court granted the demurrers due to lack of evidence, since the prosecution largely depended on Adorco’s testimony in the absence of direct evidence. This testimony was deemed inadmissible in a December 2020 order considering the violations of Adorco’s constitutional rights under custodial investigation.

“In this case, the purported participation of Impal, Espinosa, and Yuan in the alleged conspiracy was based solely on Adorco’s recanted testimony which is not only untrustworthy but also inadmissible for having been obtained in violation of his constitutional right,” the decision read.

Marcelo Adorco: A precarious spot the gov’t case vs Espinosa stands on

In August 2020, Adorco recanted his testimonies in court, claiming he was forced to testify against his co-accused. The court said it “cannot close its eyes to the various lapses committed” by police in preparing the affidavits.

The decision also said the collective testimonies of the cops are “not strong enough” to prove that the Espinosa Group conspired to commit illegal trading or trafficking of dangerous drugs, for “it is undisputed that the police officers have no personal knowledge of the crime that was allegedly committed.”

“Regrettably, the prosecution miserably failed to prove the alleged conspiracy between the Espinosa Group considering that Adorco’s testimony which is the very foundation of the prosecution’s case against them is neither clear, categorical, consistent, nor credible,” it read.

Justice Secretary Menardo Guevarra said he has directed the prosecutor general to exhaust all legal remedies, first of which is to file a motion for reconsideration with the trial court.

“Kerwin Espinosa is not off the hook yet; I understand that he is still facing an unfinished case before RTC-Manila and another drug case in Albuera, Leyte,” Guevarra said. – Rappler.com