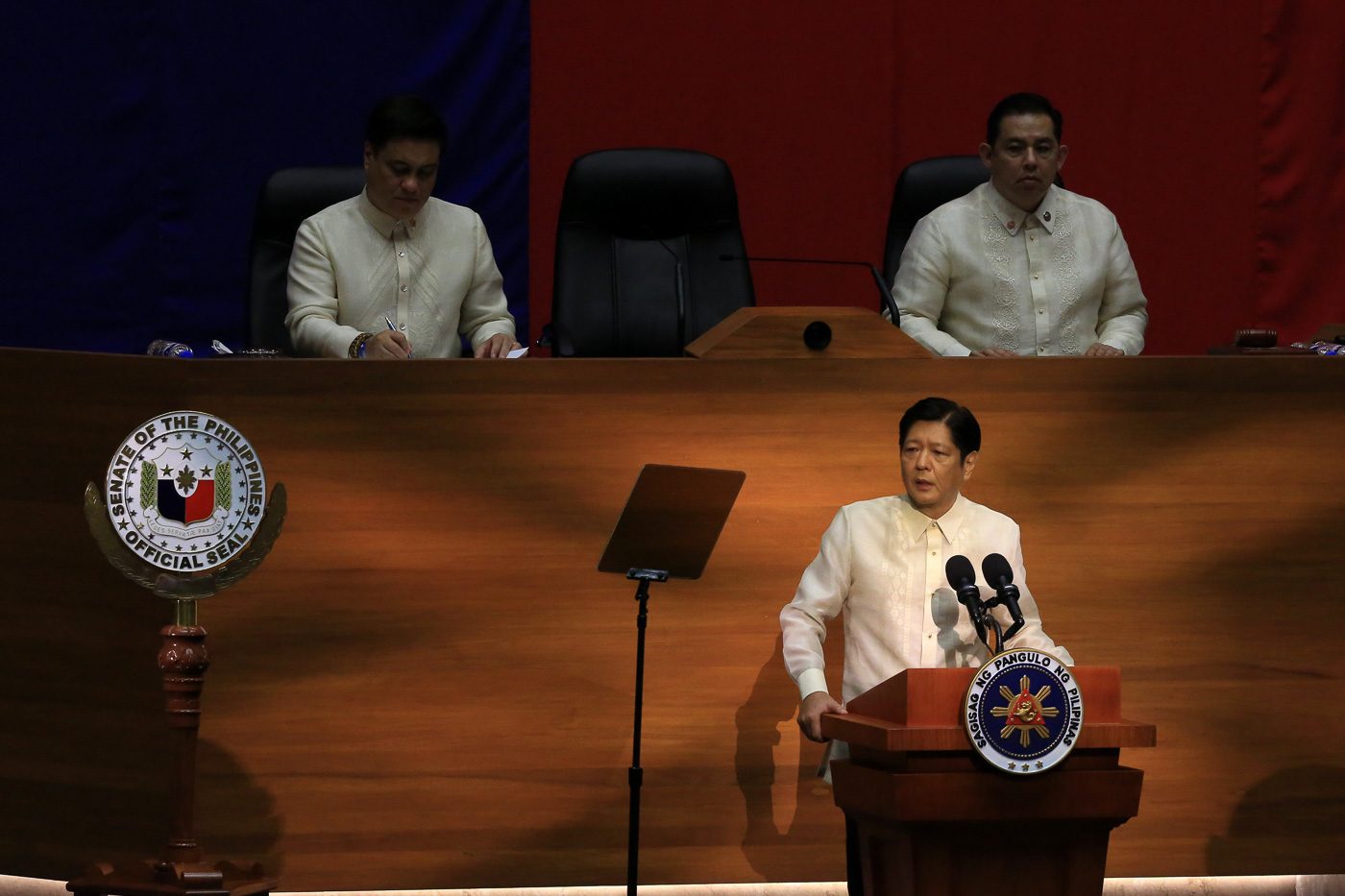 Facebook Twitter Copy URL
Copied
The Office of the President is also asking for P893.97 million for 'local/foreign missions and state visits'

MANILA, Philippines – President Ferdinand Marcos Jr. is asking for a budget of over P9 billion for the Office of the President (OP) in 2023, including over P4.5 billion in confidential and intelligence funds.

The OPis set to present its proposed 2023 budget before the House appropriations committee on Friday, September 2. While Executive Secretary Vic Rodriguez is set to defend the proposed budget on the President’s office’s behalf, tradition dictates that he’ll hardly need to answer any questions.

The House, typically dominated by a supermajority allied with whoever is president, usually approves the President’s proposed budget with nary a hitch at the committee level. It’s considered a courtesy of one branch of government to another.

Under the proposed 2023 National Expenditure Program, the President’s office is asking for P9.03 billion. Like his predecessor, former president Rodrigo Duterte, Marcos wants P4.5 billion earmarked for the OP’s confidential and intelligence funds.

Under his office’s regular programs, P4.895 billion is intended for the “oversight management on national security concerns.” It’s a slight increase from the budget Duterte asked for the same program in 2022: P4.84 billion.

What are intelligence and confidential funds used for?

According to the Commission on Audit (COA), intelligence expenses are “those related to intelligence information gathering activities of uniformed and military personnel, and Intelligence Practitioners that have direct impact to national security.”

Confidential expenses, meanwhile, are used in “surveillance activities in civilian government agencies that are intended to support the mandate or operations of the agency.”

A COA 2015 circular states this covers the rental of vehicles for confidential activities, the rental and maintenance of safehouses and the like, payment of rewards to informers, and the prevention of “illegal activities that pose a clear and present danger” to the agency that’s using the fund, among others.

While these funds and expenses are still subject to COA’s rules, including an audit and proper documentation, there are layers that protect it as spelled out in the 2015 COA circular.

The OP is also asking for P893.97 million for “local/foreign missions and state visits.” The Duterte administration’s final OP budget in 2022 asked for P536.48 million for the same purpose.

State visits to the Philippines are official visits by other heads of state upon the invitation of the President.

The House of Representatives, headed by Marcos’ cousin, Speaker Martin Romualdez, is in the middle of deliberations on the proposed 2023 budget. The House appropriations committee has been tackling agency budgets from morning until late afternoon, with the goal of finishing deliberations at the committee level by mid-September.

The House leadership wants the proposed budget passed by October 1. Malacañang ultimately aims for the budget to be signed into law before Christmas 2022.

Deliberations are set to start in the Senate, which is also dominated by a Marcos-allied supermajority. – Rappler.com