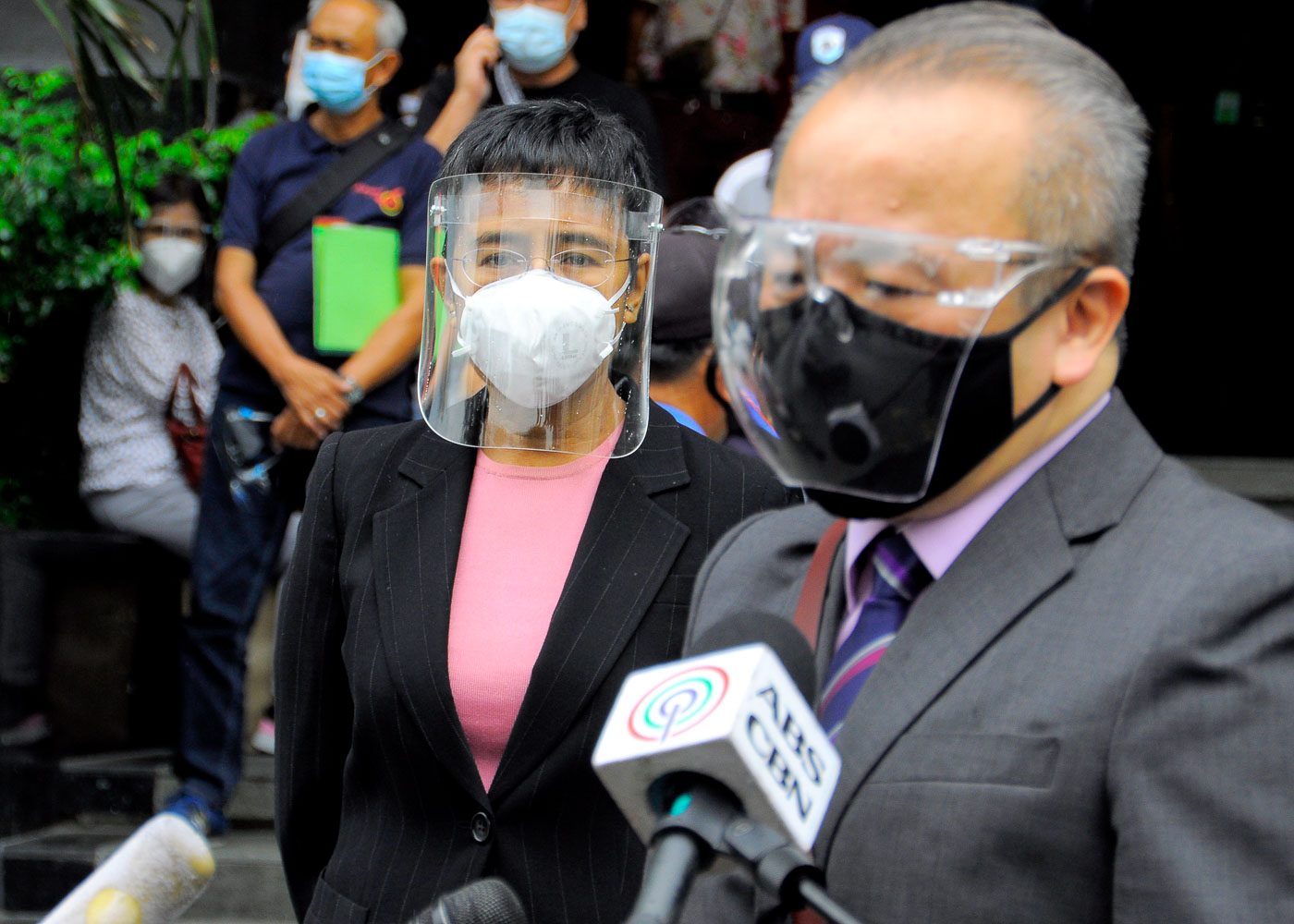 Facebook Twitter Copy URL
Copied
In the limits of legal procedures, no one else can challenge the prosecutors' interpretation of cyber libel, until and unless they too are charged

To be charged for cyber libel over tweeted screenshots is a “wrong test case,” said Rappler CEO Maria Ressa on Friday, December 4, after having just gone to a Makati court for a scheduled arraignment in her 2nd cyber libel case, 8th personal case overall.

“It’s a test case, it’s a wrong test case because it takes us down the rabbit hole of the wrong direction,” Ressa said in an online press conference on Friday. Ressa’s arraignment was reset due to a pending motion to quash filed by her through her lawyer, former Supreme Court spokesperson Ted Te.

Ressa was charged by the Department of Justice (DOJ) city prosecutors in Makati for cyber libel for tweeting screenshots of a disputed article – a new interpretation of cyber libel under the young Philippine cybercrime law.

The Supreme Court upheld cyber libel as constitutional but said aiding and abbetting a libelous post, or sharing it, was not a crime as it was a knee-jerk internet reaction. Criminalizing sharing, the Supreme Court said, would have a chilling effect on free speech.

“They’re opening the floodgate for something that doesn’t take into account norms of behavior on social media platforms. They could declare illegal something that is normal practice,” said Ressa.

Ressa pointed out that this could also affect supporters of President Rodrigo Duterte, who were also fond of posting screenshots of articles and other content.

In the cybercrime decision, or Disini vs Secretary of Justice, the Supreme Court said sharing cannot be made into a crime because “its vagueness raises apprehension on the part of internet users because of its obvious chilling effect on the freedom of expression.”

But in charging Ressa over her tweeted screenshots, Makati prosecutors said what the journalist did was not an innocent act of pressing the share button, but a malicious act of screenshotting a disputed article, and tweeting it.

The article dated 2002 and originally posted on Philstar.com, which links complainant Wilfredo Keng to an alleged murder, has not been judged by any court as libelous. Philstar.com took down the story on February 16, 2019, when Keng raised the possibility of legal action. Ressa tweeted screenshots on February 16, too.

“I hope that the courts are ready for a slew of other (cases.) Imagine this is standard practice on social media, people take screenshots and then they post… imagine how many cases of cybercrime would be filed? Is it really on the side of justice, or is it on the side of harassment?” Ressa said.

Wait to be charged

Because cyber libel has already been declared as constitutional, Te said people not charged under it, no matter how they fear it could affect their social media use, cannot challenge the interpretation unless they, too, are sued.

“If they wanna question it, the best way to do it would be to..and I’m not saying do this, get a defamatory post, get sued,” Te said.

Te explained that a facial challenge, or challenging a law on its face without having to have been sued first under it, was already done in 2012 against cyber libel.

We are now on the “as applied” stage where people have to be charged to file a challenge.

Keeping up with technology

In imputing malice to Ressa’s tweet, the Makati prosecutors used a 2008 case that did not involve the internet or social media.

Te said that as they proceed with the case, the unique nature of the internet would have to be raised. Te said that’s why the Disini ruling should prevail because in that decision, the Supreme Court took internet into consideration.

“With due respect to the prosecutors and the courts, the situation is different, online journalism, online conduct is different from print, and there are fundamental differences here, and the Supreme Court recognized that,” said Te.

“This is a bad precedence for social media,” said Ressa. – Rappler.com