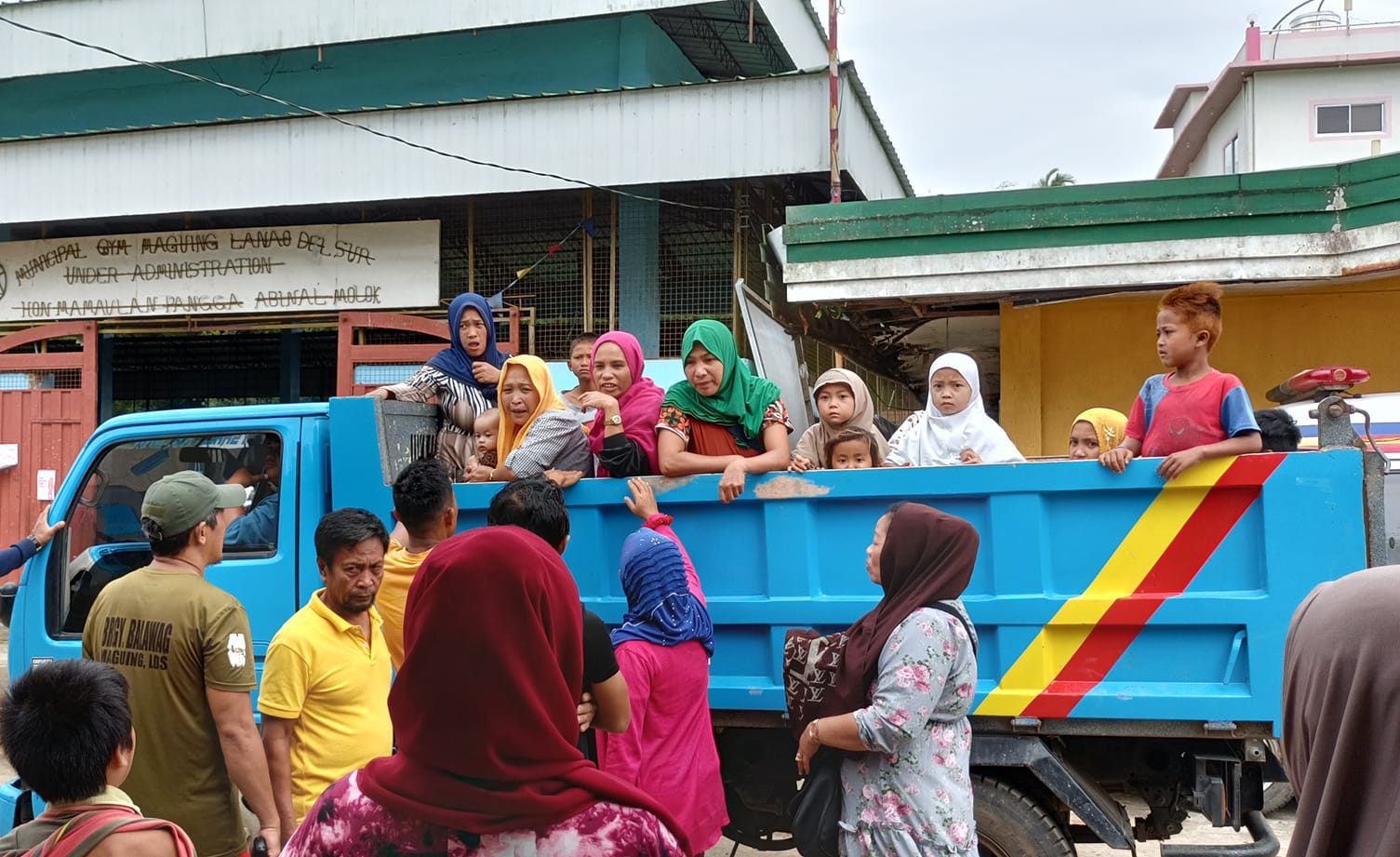 DISPLACED. Residents of Maguing town are brought to safety on March 1, 2022.

Brigadier General Jose Maria Cuerpo II, commander of the Army 103rd Infantry Brigade, said the military ceasefire was implemented on Tuesday night, March 1, to allow around 100 families trapped in the fighting to evacuate to Barangay Madaya-Poblacion in Maguing town.

But Maguing’s mayor, Fahad Molok, said there were more evacuees than what the military had expected.

Molok said the town government logged 1,217 families who fled their homes and sought refuge in the town center, other villages, and towns as of Wednesday morning, March 2, as soon as the fighting stopped.

He said the local government has been taking care of some 50 people.

“We are expecting helping hands from the province and BARMM (Bangsamoro Autonomous Region in Muslim Mindanao) today,” Molok told Rappler.

But the municipal government of Maguing asked the Army for a unilateral ceasefire to allow its responders to evacuate residents trapped in Barangay Runggayan to the town center.

Cuerpo said three militants were killed as soldiers attacked the Maute-ISIS camp in the hinterland village of Ilalag in Maguing.

At least one soldier was killed while four others were wounded in the ensuing exchange of firepower.

He said they also found evidence that the Maute-ISIS militants led by Farahuding Hadji Satar alias Abu Bakar or Abu Zacaria have merged with remnants of a Dawlah Islamiya group from Maguindanao.

“We have pictures and documents to prove that they have merged into one group and came to this place to train,” Cuerpo said.

Dawlah Islamiya is the local name of the Islamic State (IS) whose membership comprises fighters from several Filipino militant factions, including the Maute Group fighting in Lanao del Sur.

In May 2017, Maute Group members and other pro-ISIS militants engaged government forces in a battle that lasted five months in predominantly Muslim Marawi City.

As many as 1,200 militants, troops, and civilians were killed before the military regained control of Marawi City. The battle also destroyed several villages in the city. – Rappler.com