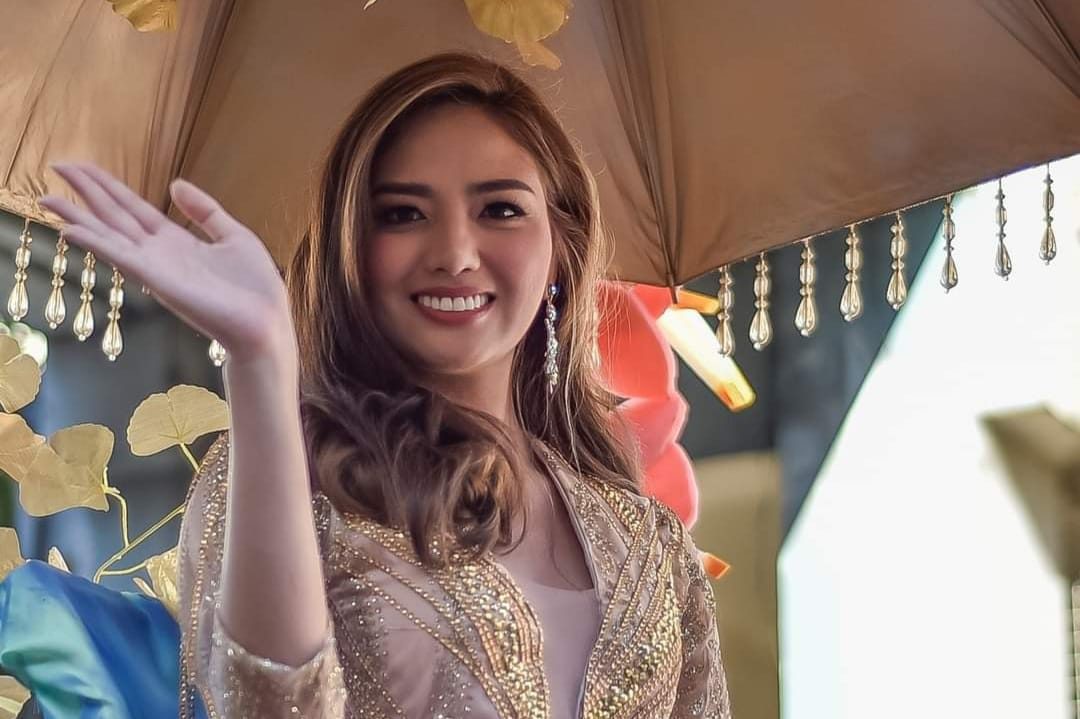 SURPRISE. Miss Intercontinental 2021 Cinderella Obenita, a Kagay-anon, surprises and waves at the crowd as she joins the Higalaay Festival fiesta eve civic-military and float parade on Saturday morning, August 27.

Facebook Twitter Copy URL
Copied
(1st UPDATE) The crowd is much smaller than in pre-pandemic years but holding the outdoor celebration for the first time since 2019 indicates that the city is 'rising from the pandemic,' say local officials 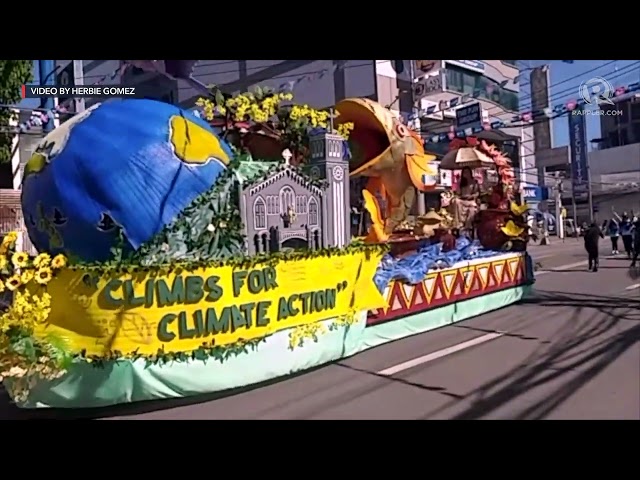 But the merrymaking was subdued and the number of spectators who lined up in the streets of downtown Cagayan de Oro paled in comparison to that of 2019 before the city saw lockdowns and strict quarantine and public health restrictions due to the COVID-19 pandemic.

The city saw one of its grandest and biggest pre-fiesta day parades three years ago, months before COVID-19 even had its name, drawing a crowd that police estimated to reach 40,000.

Saturday’s parade, graced by Miss Intercontinental 2021 Cinderella “Cindy” Obeñita, a Kagay-anon, had a crowd that was much smaller than what Cagayan de Oro had before the pandemic in 2019.

Obeñita waved at the cheering crowd as she sat on one of the nine colorful floats in the 110-contingent parade that snaked through the streets of downtown Cagayan de Oro for less than three hours, one of the quickest fiesta eve parades in the city in recent years.

“There were many vacant spots unlike the pre-COVID-19 pandemic parades that we had,” said Lieutenant Colonel Surki Sereñas, the deputy police director for operations of the Cagayan de Oro City Police Office (COCPO).

Cagayan de Oro Councilor George Goking said it was an indication that many people were apprehensive about street crowding despite the city’s relatively high COVID-19 vaccination rate.

“A lot of people are still getting sick because of COVID-19. I think many people are playing it safe, which is good,” Goking told Rappler.

The City Health Office (CHO) continued to log two-digit numbers of new COVID-19 cases daily. The last data the city government made public showed there were 31 new and 169 active cases in the city as of Wednesday, August 24.

There were also 65 COVID-19 patients in various hospitals and 104 others in city hall’s temporary treatment facilities that day, data showed.

‘Rising from the pandemic’

Bencyrus Ellorin, the overseer of Mayor Rolando “Klarex” Uy’s communications group, said the way the city has been celebrating the annual fiesta showed “guarded optimism because the threat of COVID-19 is still there.”

Ellorin, however, said local officials were glad to see Cagayan de Oro “rising from the pandemic.”

“It is good to see a high sense of unity among the people. I am very hopeful this rubs off to the difficult task of restarting the economy,” he said.

Local officials said the relatively smaller parade crowd did not bother them, saying what was more important to them was that the city was already seeing outdoor celebrations unlike in 2020 and 2021 when outbreaks of COVID-19 variants forced city hall to call off traditional fiesta-related activities.

“The whole thing simply evokes a magical feeling of nostalgia. I just couldn’t believe that we’re back to the usual activities and dynamics that we are used to despite the lingering threat of the virus,” said Councilor James Judith who joined Mayor Uy, Vice Mayor Jocelyn Rodriguez, and other councilors in watching the parade.

Another councilor, Ian Mark Nacaya, said he felt “blessed and energized,” and he was “happy to see people from all walks of life excited to converge and witness fiesta events.”

“We will rise. Cagayan de Oro will rise up!” said Mayor Uy as he addressed a crowd at Kiosko Kagawasan in Divisoria, the heart of downtown Cagayan de Oro.

City hall closed an entire bridge and sections of a dozen roads and streets in downtown Cagayan de Oro for the biggest and grandest street parade in the city this year.

The city government’s Roads and Traffic Administration (RTA) closed the entire Ysalina Bridge to vehicular traffic at around 4 am on Saturday, two hours before the morning parade. 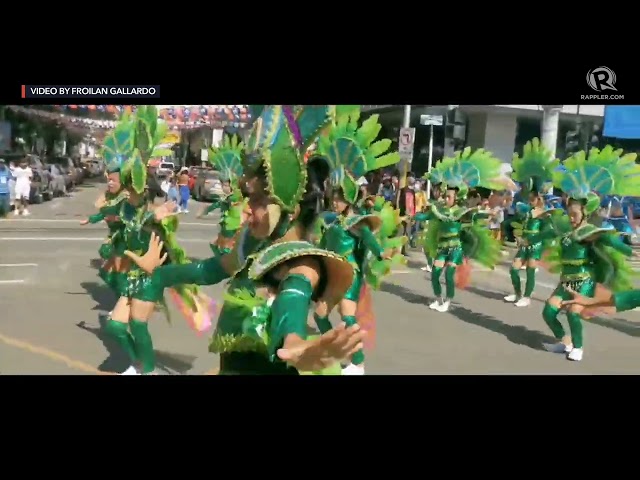 The bridge, near city hall, serves as a vital link between Carmen, the city’s most populous barangay, and downtown Cagayan de Oro.

The RTA also closed to motorists a dozen streets and roads in the area considered the heart of Cagayan de Oro.

Closed were sections of the following:

The mayor allowed revelers to flock to the streets and crowd indoors for pre-fiesta events for the first time in two years. The same activities were merely livestreamed on social media platforms and shown on local cable television due to the outbreak of COVID-19 variants in 2020 and 2021.

Cagayan de Oro Councilor Joyleen Mercedes “Girlie” Balaba told Rappler she was glad to see the predominantly Catholic city celebrating the annual feast of Saint Augustine the way people did before the pandemic.

“We are slowly starting to live in the new normal. We can celebrate and enjoy the festivities while we keep the minimum public health standards in mind,” Balaba told Rappler.

In 2019, police estimated at least 10,000 parade participants while some 30,000 others watched in the streets as the colorful floats, marching bands, and street dancers snaked through a 2.5-kilometer parade route. – Rappler.com