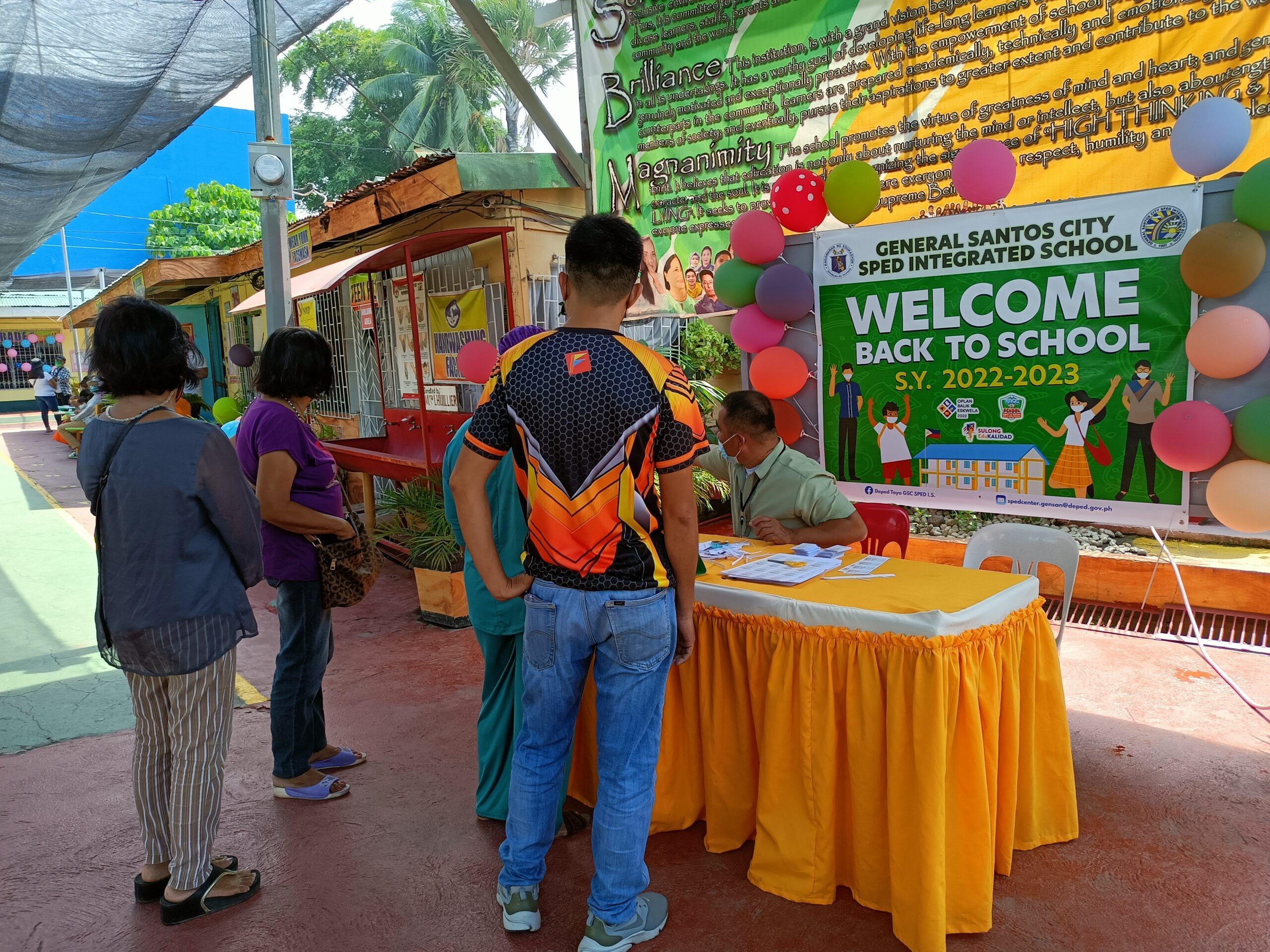 A school personnel assists parents in locating classrooms for their children at the SPED Integrated School in General Santos City on Monday morning, August 22.

Facebook Twitter Copy URL
Copied
The education department has anticipates 1.2 million students in the Soccsksargen region, but logs only 882,174 enrollees during the first day of face-to-face classes

GENERAL SANTOS CITY, Philippines – The Department of Education (DepEd) noted a decrease of 317,826 in the number of students throughout the Soccsksargen region, which officials blamed on the fear of face-to-face classes and the financial crisis.

Officials said the doors of public schools in the region would remain open for late enrollees in hopes that the number of students would increase by at least 300,000 more.

The DepEd had anticipated 1.2 million students in Soccsksargen alone, but so far only 882,174 were enrolled at the start of face-to-face classes on Monday, August 22.

It was the first time for the government to open school gates since it imposed public health restrictions due to the COVID-19 pandemic more than two years ago.

DepEd-Soccsksargen Director Carlito Rocafort said the number of enrollees in the region was only 74.9% compared to the 1,190,017 students who enrolled for online classes in 2021.

General Santos City schools division superintendent Romelito Flores said there were 134,536 enrollees in the city’s public elementary schools as of August 15, short of the 151,047 students enrolled in 2021.

Rocafort said many families were reluctant to send their children to school, fearing that they could catch the COVID-19 virus while attending face-to-face classes.

Many families were also financially hard-up and could not afford to send their children to school.

But he said the DepEd was anticipating late enrolments just like in previous years.

Education officials in General Santos, the Soccsksargen’s trade hub, said they were in close coordination with the City Health Office in trying to get 89,676 children inoculated against COVID-19 on the school campuses.

Flores said only about 2% of children, aged 5 to 11 years, or some 2,040 have so far been vaccinated in General Santos. – Rappler.com