Most new infections in Cebu City were traced to grocery stores, public markets, and other outdoor spaces, according to Cebu City’s COVID-19 Emergency Operations Center (EOC).

According to a report released by the office, 24% – or 41 of the 168 new infections from outside the household between September 5 and September 18 – came from either supermarkets or public markets.

“I think it’s obvious that discipline should start at home. Then follows the responsibility of the establishments to enforce health protocols,”  EOC’s head Joel Garganera told reporters in a group chat conference on Monday, September 21.

Next in line were workplace transmissions, which comprised 21.42% of the new infections.

He said that in response to this, the EOC held a dialogue with business groups where they decided workplaces would be required to assign a safety officer who would be responsible for enforcing health and safety protocols.

The safety officer’s contact details would be recorded with the EOC for closer coordination with the main agency responsible for managing COVID-19 prevention and response in this city.

Garganera noted that these construction workers were commuting to the construction sites, so they conducted contact tracing on the close contacts for testing.

Those who test positive from construction sites or workplaces would not be allowed to do home quarantine, and there is good reason for it, the EOC said.

During this same period, at least 96 outside to inside household transmissions were recorded.

This follows the trend they reported earlier in August, when they saw a rise in household members being infected by those who were coming home from work in offices. 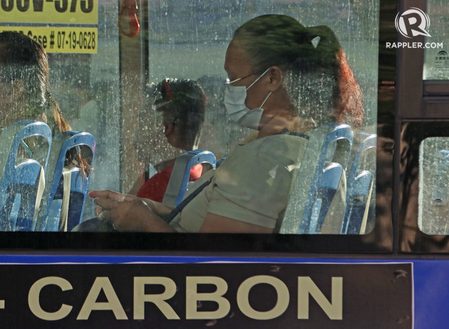