Bishop David to Filipinos: Power-hungry politicians are the devil’s toys MANILA, Philippines – Kalookan Bishop Pablo Virgilio ‘Ambo’ David on Thursday, April 14, warned Filipinos of the dangers of electing people in office that are hungry for power, noting that the corrupt are the playthings of the devil.

In his homily during the Evening Mass of the Lord’s Supper on Maundy Thursday, David reminded parishioners of the importance of the story of Jesus washing the feet of the disciples at the Last Supper or the night before his crucifixion. He said that this showed Jesus’ humility and sincere effort to serve.

This point led to him asking Filipinos to choose the next leaders carefully.

(When some get into a position of power, they act like gods and act like kings. It’s dangerous to be in a position of power, man can get drunk with it and even go crazy. They are the type that the devil can play with. They become a new kind of slave, enthralled by power. It is a disease, so it is important to ask, what is the cure for this? Jesus’ cure is washing of the feet. It means assuming the role of a slave, being humble)

David also warned Filipinos of the dangers of forgetting the past, emphasizing the consequences it will have in the country’s future.

(If we forget history, we are doomed to repeat it. That will bound to happen to our collective memories, Gomburza will be changed into Majoha. I don’t know what version of history is being taught in schools.)

David, without naming names, went on to take aim at the historical revisionism and disinformation that happened during the dictatorship of late president Ferdinand Marcos Sr.

(Do you remember the time when the Philippines was set free from the long and dark era when democracy died?)

The Catholic Bishops’ Conference of the Philippines (CBCP), where David sits as president, earlier released a pastoral letter, rejecting the “radical distortions” about the Marcos dictatorship. 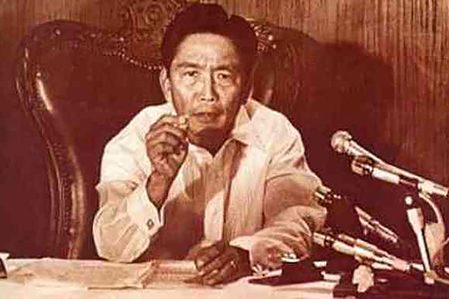