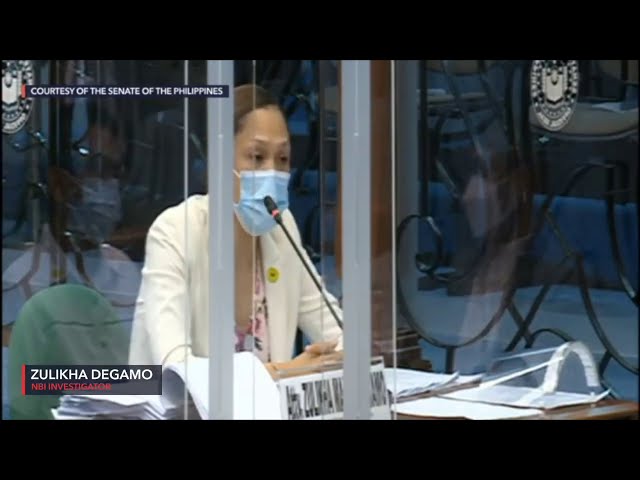 Army intelligence soldier Major Marvin Indammog was unarmed when he got off an SUV to face accosting police, and even held his hands up in a gesture of surrender when he was shot dead in Jolo, Sulu, in late June, the National Bureau of Investigation (NBI) told a Senate panel on Wednesday, August 19.

This corroborates the Philippine Army’s account of the incident in which 4 soldiers on a mission to track down Abu Sayyaf bombers were gunned down by police, who claimed there was a firefight.

The Army said it was “murder” and a “rubout.”

(Major Indammog at that time raised his hands, and our witnesses said he also lifted his T-shirt, of the impression that he was showing there was nothing tucked into his waist, like perhaps a weapon.)

Indammog was the leader of the mission that also included Captain Irwin Managuelod, Sergeant Jaime Velasco, and Corporal Abdal Asula onboard the SUV. All 4 soldiers were shot dead in the incident.

However, Senior Master Sergeant Abdelzhimar Padjiri and Patrolman Alkajal Mandangan, who were among the 9 cops tagged in the incident, claimed Indammog was holding a rifle when he got off the SUV right before he was killed.

When the police approached the parked SUV for that final confrontation, Padjiri, the leader of the cops, said he knocked on Indammog’s window to talk to him. It took a bit of time for Indammog to open the window, and Padjiri said he was forced back when Indammog “suddenly” opened the car door.

(He was holding his gun, and my two back-ups behind me were facing him. And then the firefight started.)

None of the Jolo cops at the hearing could tell who fired the first shot.

The 4 soldiers had been using signals intelligence to track down Mundi Sawadjaan, a bomber and nephew of Abu Sayyaf sub-leader Hajan Sawadjaan, the leader of the Islamic State or ISIS in the Philippines.

The party was heading back to downtown Jolo from Barangay Maubo in the outskirts when they were halted by police at a checkpoint in Barangay Bus-Bus.

Degamo said the checkpoint was to ensure people were following public health protocols on the COVID-19 pandemic.

According to Degamo, 3 cops at the checkpoint said Mandangan, who was among the cops onboard two patrol cars, approached them saying, “May sisitahin kami (We are going to interrogate someone).”

The SUV then arrived and the cops halted it. The persons onboard introduced themselves as soldiers. As the soldiers were in plainclothes, the cops were doubtful, and asked them to join them at the police station back in town. The conversation only took 3 minutes and went without incident, Degamo said, quoting the police account.

However, 3 witnesses from the area gave conflicting accounts, Degamo said.

One witness said the cops pointed their long firearms at the SUV as soon as it pulled over. The cops were shouting for the soldiers to get off the vehicle.

Another witness said the cops surrounded the SUV, as Indammog and Asula shouted, “Tropa! Tropa!” to inform the cops that they were Army troops.

One of the witnesses, also an Army intelligence soldier in plainclothes, told the cops the people in the SUV were indeed soldiers, but the cops brushed him aside.

The NBI witnesses said 3 of the soldiers – Indammog, Managuelod, and Asula – alighted from the SUV following the police’s orders.

Padjiri said only Indammog got off the vehicle to talk to him.

In any case, both sides agreed to meet at the Jolo municipal police station. The soldiers in the SUV led the way, followed by the 9 cops in two patrol cars, and two other witnesses on a motorcycle.

This was when the fatal encounter happened.

One of the accused policemen, Police Staff Sergeant Iskandar Susulan, told senators that he was at the police station when he saw the police patrol stop nearby, and went over to check what has happening. He claimed he shot at one of the soldiers – thinking the operation was against Abu Sayyaf members or drug lords.

Senator Ronald dela Rosa, a former police chief, said the Senate probe aims to find out what triggered the shooting, what lapse in coordination caused this incident between friendly forces, and whether policies in handling crime scenes should be amended.

The NBI has recommended charges of murder and planting of evidence against the 9 policemen involved in the incident. – Rappler.com