Eight returning individuals from Kabankalan City were found to have falsified their travel requirements.

Provincial Administrator Rayfrando Diaz II said that the travelers only used an antigen test and “passed it off as authentic RT-PCR test, but actually there was no swabbing and extraction of examples.”

He said he has screenshots of online negotiations between travelers and forgers over fake RT-PCR tests, which range from P900 to P2,000.

He claimed those who were selling the fake RT-PCR tests would only require details such as the traveler’s “name, age, sex, date of birth, address, and contact number,” and that the traveler could get the results immediately for P2,000.

He said he was asking for more documents and evidence regarding the scheme, and blamed the “gaps and loopholes” in the national government’s uniform travel protocols across all local government units.

Prior to the approval of Resolution 101 by the national task force against COVID-19 on February 26, the Negros Occidental provincial government had required passengers entering the province to get RT-PCR tests upon arrival and to quarantine until their results were released.

Resolution 101 no longer requires travelers to undergo quarantine unless they exhibit symptoms upon arrival at the local government unit (LGU) of destination, and that testing would not be mandatory for the traveler except if the LGU of destination requires it prior to travel. The testing would be limited to RT-PCR tests.

But for Diaz, the implementation of this policy “failed” because it caused a surge in cases, and because individuals would just resort to using fake RT-PCR tests for their travel credentials. 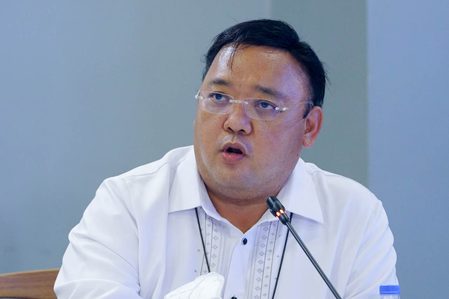 “I hope [the national government respects] us. We know the situation here…. We are responsible for whatever happens here. They will not answer [to] what happens to Negros Occidental. We’re in the best position to enact whatever requirements are right and effective for the good of the Negrenses,” he said.

He pointed out that the province’s previous system was successful in identifying infected passengers since it had its own molecular laboratories to run RT-PCR tests.

“Our system has worked for eight months. We reduced our COVID-19 cases here despite the fact that we keep on flying residents [in and out] and transporting them in sea vessels,” he added.

He said that the new resolution multiplied the infection rate exponentially and has increased the positivity rate, developments which are “very alarming.”

“There’s no better way to conduct the test but at the point of entry, when they have not reached their families and friends. And we can still isolate them if they are positive,” he stressed.