The National Task Force to End Local Communist Armed Conflict (NTF-ELCAC) tried to postpone the House hearing on the Lumad arrests on Wednesday, May 26, arguing that it was based on a “live case.” 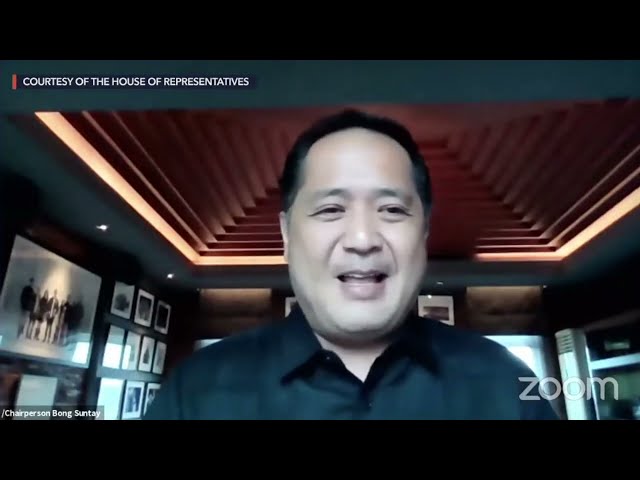 During the hearing of the House committee on human rights, NTF-ELCAC legal affairs spokesperson Marlon Bosantog relayed the message of their vice chair, National Security Adviser Hermogenes Esperon Jr, for the “postponement or deferment of the hearing considering the pendency of the case.”

Bosantog was referring to the dismissed cases against seven individuals who were arrested and sued for serious illegal detention in the raid of a Lumad school in Cebu City in February. The government is expected to appeal the decision of the Davao del Norte provincial prosecutor.

In his opening statement, Bosantog said the conduct of the hearing “assumes a prematurity that has neither basis in law or in fact, in simple conscience of man or due process of law,” which the panel chairman, Quezon City 4th District Representative Jesus Suntay refuted.

Suntay said that there is already jurisprudence that upheld the power of Congress to conduct inquiries in aid of legislation. The House probe sought to get to the bottom of the police raid and arrest of Lumad students and volunteer teachers at the University of San Carlos-Talamban Campus in Cebu in February.

“What will happen if the case proceeds to the courts? And if there will be finding that the crime was committed? Then the question is what act are you condemning?” Bosantog said in response, referring to the House resolution that triggered the probe, which condemned the incident.

He added, “Are you condemning the victims, putting two branches of government into a possible point of contact, your honor?” 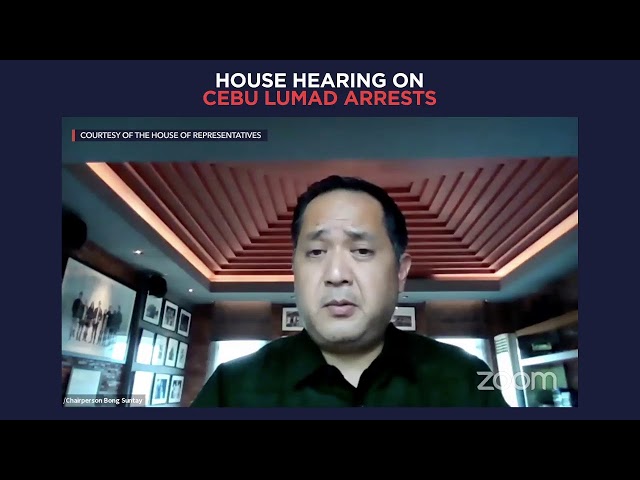 “Attorney Bosantog, you cannot question our ability to conduct an investigation,” Romero said, adding that he would be cited in contempt if he would continue to question the congressional power to probe in aid of legislation.

When Bosantog pushed for a postponement of the hearing and to include other House committees in the probe, Suntay said the matter was specifically referred to his committee. He added that if Bosantog would “keep raising the right of this committe to take cognizance of issue, I will have to put you out of order,” or be removed from the hearing.

Bosantog apologized and appealed for the understanding of the lawmakers, saying the executive department was also investigating the incident. Suntay assured him that the House panel would conduct a fair probe.

Earlier in the hearing, Senior Deputy Majority Leader Jesus Crispin Remulla raised the same concern made by NTF-ELCAC. Remulla said the House “may be premature in hearing this case” as it was “still pending with a co-equal branch of government” and may influence the case, which Suntay said he had taken note of.

During the hearing, Romero called out unnamed individuals for questioning the hearing’s proceedings and posting “propaganda” on the Zoom chat box. He reminded them that all these would be part of the House journal.

Deputy Minority Leader Carlos Zarate then warned Rufino Lopez Jr, the Deputy Director General of the National Security Council, that he may be cited in contempt for “posting comments questioning the ability of this committee.”

Lopez explained that he wanted the government resource persons to be given a “fair chance” at the hearing, as he observed that the resolution’s sponsors or the Makabayan bloc lawmakers were all allowed to speak before Bosantog was allowed to deliver the NTF-ELCAC’s statement.

Visibly agitated, Suntay said: “If you’re not familiar with legislative hearings, the process is that sponsors of the measure are given priority in making the statements. Then we proceed with other resource persons.”

The House panel chair noted that he was even giving each side a chance to speak for five minutes alternately, to be fair to all. Lopez apologized to him.

Later on, lawmakers called out another government resource person, NTF-ELCAC spokesperson Undersecretary Lorraine Badoy, for attempting to cross-examine teacher Roshelle Pocardilla, one of those who were arrested, and later freed, in Cebu.

“You cannot cross-examine the witness,” said Suntay, who had allowed Badoy to speak, thinking she would just give a clarificatory statement. He advised her to course her questions through another lawmaker at the hearing.

Romero reminded Badoy: “Usec Badoy, you are not a House member. Puwede lang magtanong (The only ones who can ask questions) at this point is a House member.” – Rappler.com

Editor’s Note: An earlier version of this story reported that the hearing was conducted by the House committee on justice. This has been corrected.