MRT-3 commuters crowd the Cubao Station in Quezon City, while passengers inside rain coaches are back to its standing capacity while observing the DOTr new directive to reduce social distancing onboard public transportation from one meter to 0.75 on Monday, September, 14, 2020. 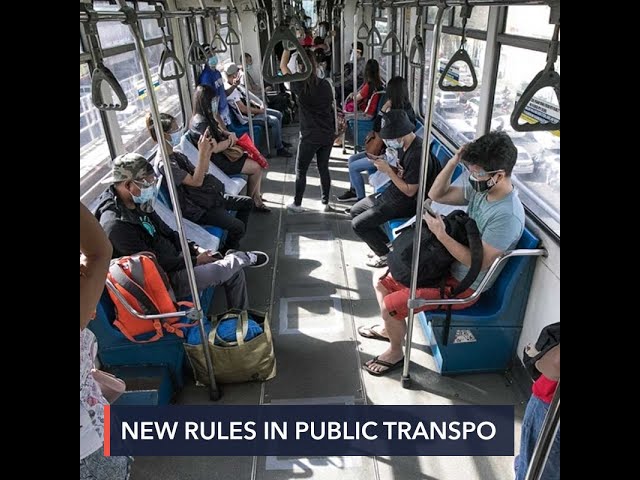 The government is relaxing physical distancing rules in public transportation, requiring commuters to stay only “one seat apart” instead of the more standard rule of keeping distance by at least one meter.

The “one seat apart” rule will take effect when it is published on the Official Gazette, he added. The Department of Transportation is also set to issue guidelines on it. 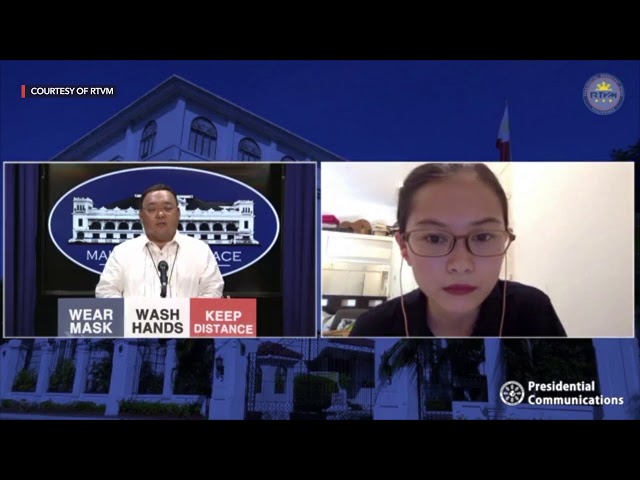 In contrast, the one-meter rule was standard in that it specified a distance between passengers that was not dependent on other factors.

Despite this concern, Roque said the “one seat apart” rule is based on science and the recommendations of doctors.

“As far as reducing the one-meter distance is concerned, it was arrived at as a matter of concensus and it is based on science, it is based on studies which Dr Dayrit presented to the IATF (Inter-agency Task Force on Emerging Infectious Diseases),” said Roque.

He is referring to former health secretary Manuel Dayrit who was among the doctors who said reducing the required distance between passengers is safe as long as other health protocols are strictly enforced.

These protocols, which he dubbed as the “7 Commandments” are the following:

Experts from Healthcare Professionals Alliance for COVID-19 (HPAAC), which opposed the reduction of the one-meter rule, were present at the Cabinet meeting. Doctors from Dr Dayrit’s group were also there.

But only one of the experts was able to present because Duterte himself said their inputs were no longer necessary.

“The experts were no longer heard except for one and the President cut short the expert who was giving her opinion because there was already a consensus on the issue,” said Roque.

The spokesman said extensive discussions were no longer necessary during that Cabinet meeting because “heated” talks had already taken place several times before during “long” IATF meetings.

Last September 19, it was Duterte himself who rejected the plan to reduce the physical distance rule in public transportation.

Health Secretary Francisco Duque III and Interior Secretary Eduardo Año were of the same view that such a relaxation of measures could cause a spike in infections or confuse the public.

What made Duterte change his mind?

“The fact that we needed really to open up the economy because the lockdowns have been causing poverty and malnutrition on the part of our children and the fact that we have the ‘7 Commandments,'” said Roque. Roque, Galvez, and the economic officials in the Cabinet had agreed with the distance reduction. The National Economic and Development Authority, in several meetings with the task force and Duterte, had emphasized the need to increase the operational capacity of public transportation now that more businesses have been allowed to open.

Though some 50% of the country’s economy is open, the one-meter rule means that only 30% of public transportation is operational, a gap that economic officials want to close.

In the same Cabinet meeting, Duterte had approved his economic team’s other recommendations for further relaxing quarantine rules to increase economic activities. – Rappler.com