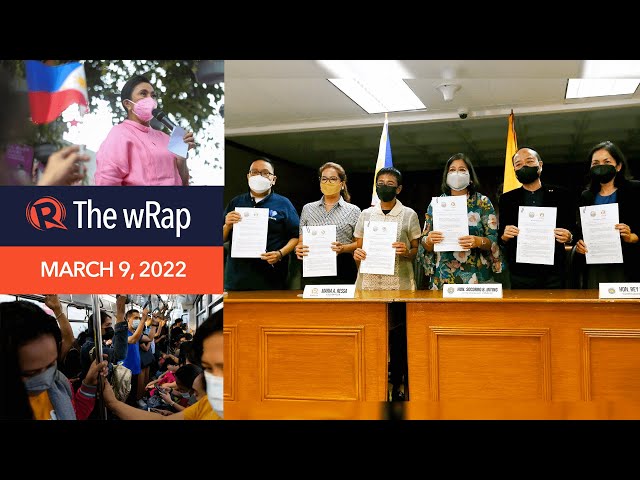 Advocates for clean elections sound the alarm Wednesday, March 9, after the Comelec unilaterally suspended its fact-checking agreement with Rappler.

The Department of Health sees no increase in COVID-19 cases during the first week of Alert Level 1 status in Metro Manila and 38 other areas.

Russia announces a new ceasefire in Ukraine Wednesday, March 9, to let civilians flee besieged cities, after days of mostly failed promises that have left hundreds of thousands trapped without access to medicine or fresh water. – Rappler.com