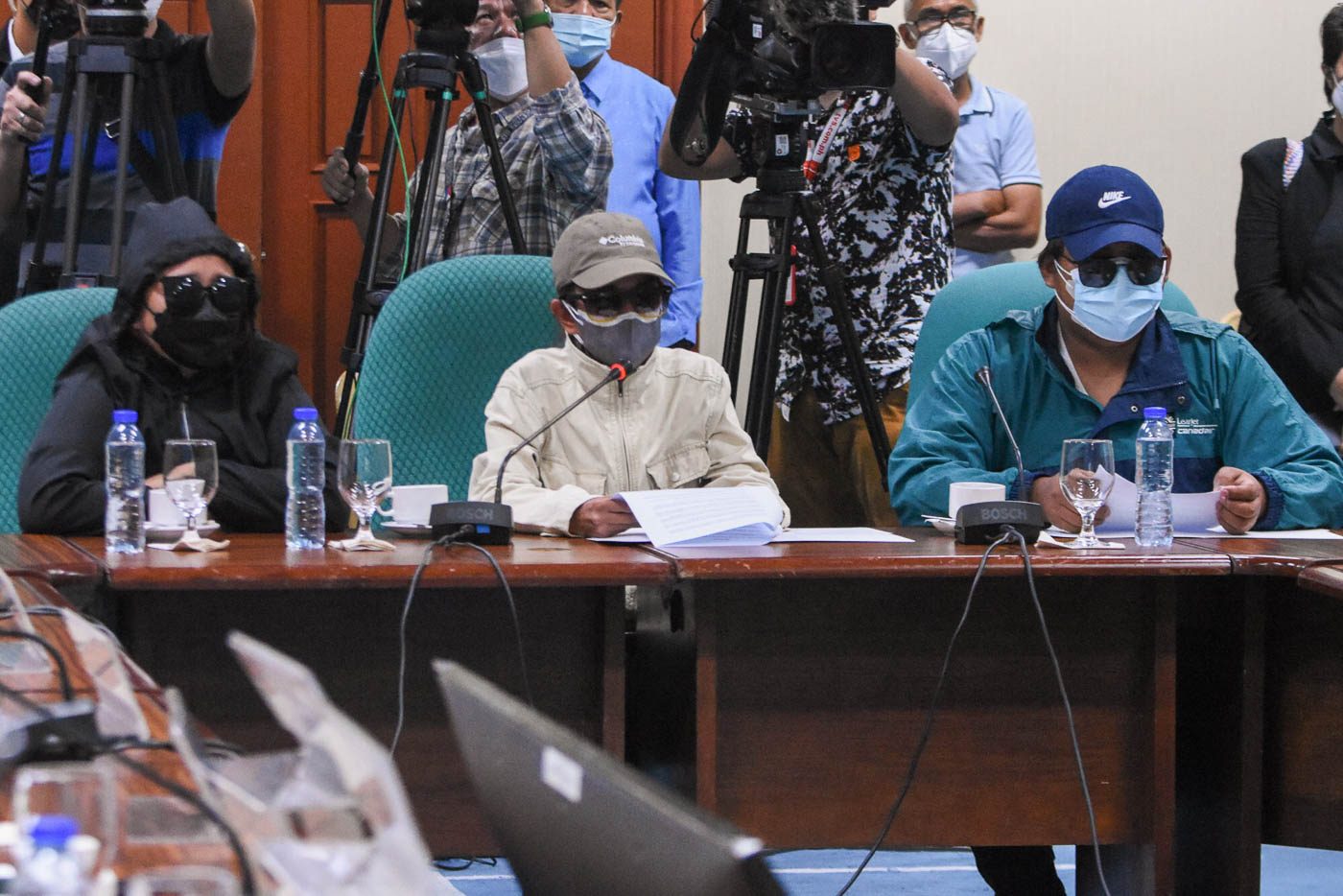 Witnesses (from left) Rita, Baby and Paulo (not their real names) during the senate investigation of human trafficking involving immigration officers, on November 29, 2022.

Facebook Twitter Copy URL
Copied
A victim claims he was told he would not pass through the immigration line because he was leaving as an airport employee not as an OFW or tourist. He was provided fake IDs and was 'escorted.'

MANILA, Philippines – An elaborate human trafficking and crypto scam in Myanmar is allegedly carried out with the help of immigration officials in Manila.

In a Senate hearing on Tuesday, November 29, a victim of the said scheme revealed that he was able to skip the immigration line and other processes through fake IDs and immigration “escorts.”

“Paulo,” not his real name, said that P30,000 was deducted from his salary for the immigration officers’ kickback.

(While I was lining up at the check-in counter, an escort scolded me because I was not supposed to go through immigration. Instead, I would fly out as an employee of the airport and not an OFW or tourist. I was then told to go down to the arrival area, Bay 13, where I met another escort who gave me a fake ID and clothes to wear. They again took my passport from me.) Paulo did not push through with the flight due to the various red flags. He then went to Senator Risa Hontiveros’ office to detail the scheme. (READ: Chinese mafia forcing Filipinos to lure others into crypto scam – Hontiveros)

(This is just like pastillas scam part two, but worse. Does this involve airport security or personnel? Are the illegal recruiters conniving with Bureau of Immigration or airport officials?)

The “pastillas” scam was named after the popular Filipino snack because bribe money was rolled up with white paper, just like the dessert.

Hontiveros earlier revealed that 12 Filipinos, who were promised jobs in Thailand, were trafficked into Myanmar’s Shwe Kokko district by a Chinese mafia and forced into a cryptocurrency scam.

Filipinos and other human trafficking victims were allegedly whipped, electrocuted, and forced to do 500 sit ups and push ups if they failed to scam professionals into dubious crypto investments.

“Ayoko ng pastillas. Ayokong ako pa mismo ang magposas sa empleyado natin na involved sa corruption (I will not tolerate involvement in issues like pastillas. I do not want to be the one to handcuff any employee involved in corruption),” he said. –Rappler.com