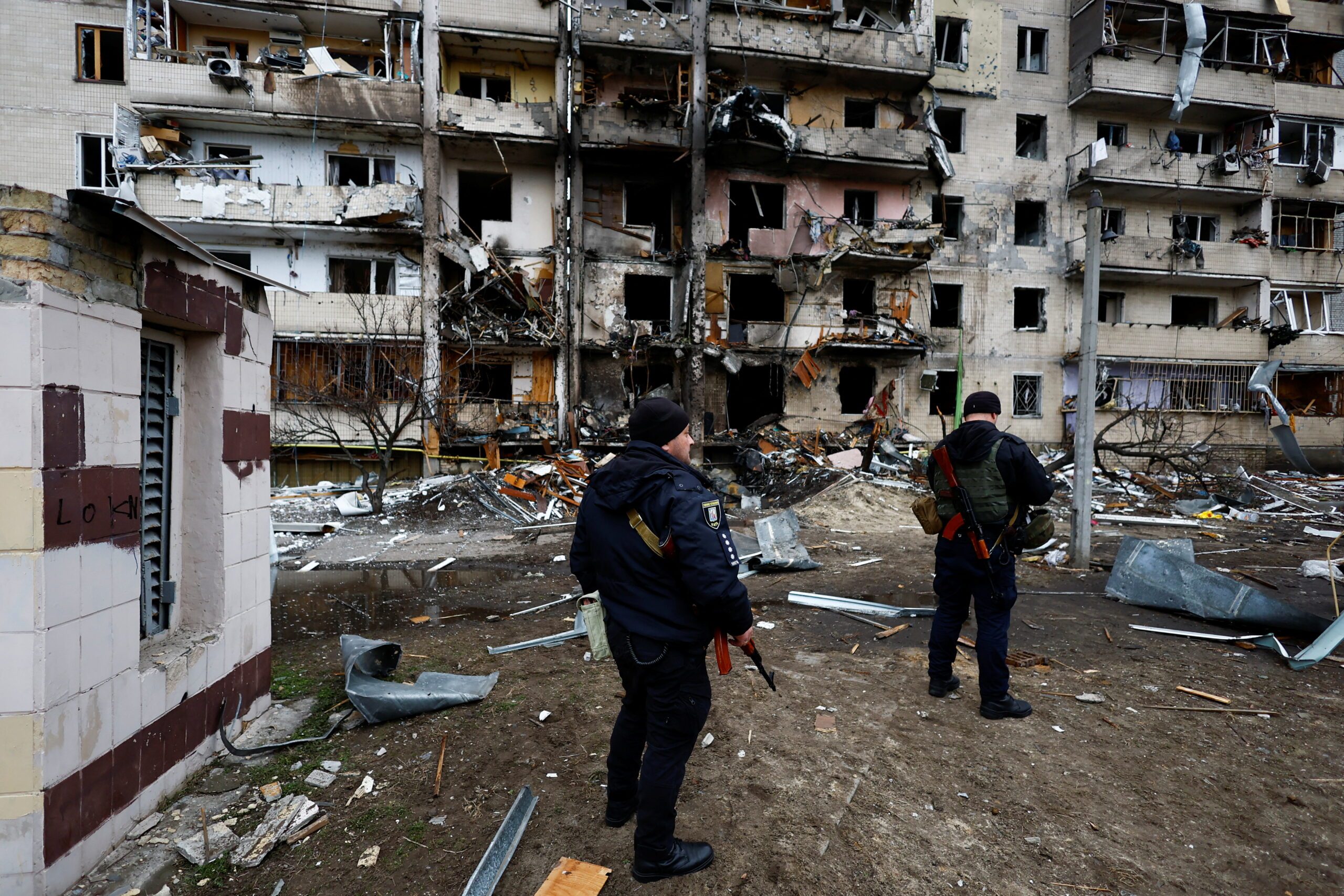 FIGHTING. A damaged residential building is seen, after Russia launched a massive military operation against Ukraine, in Kyiv, Ukraine February 25, 2022.

Facebook Twitter Copy URL
Copied
(1st UPDATE) At an emergency meeting of the United Nations General Assembly, Manila recognizes the conflict in Ukraine as an ‘invasion,’ and continues to call for a peaceful resolution to the crisis

MANILA, Philippines – The Philippines has denounced what it considers as the “invasion of Ukraine,” voting to support a United Nations General Assembly (UNGA) resolution that condemned Russia’s actions against its neighboring country.

“Mr. President, the Philippines votes Yes to the UNGA resolution and expresses explicit condemnation of the invasion of Ukraine,” Manila said in a statement to be delivered at an emergency meeting of the UNGA on Monday night, February 28.

The rare emergency special session is the first of its kind in 40 years and only the 11th to be held in UN history.

The Philippines’ latest statement is its strongest position yet on the Russia-Ukraine crisis, after it initially called on parties involved to “reaffirm by more than words” its commitment to peaceful resolution of international disputes. In one of its first statements on the issue, the Philippines had also claimed the safety of Filipinos caught in the crisis was its chief, “singular” concern.

On Tuesday, Manila continued to urge an end to the fighting and appealed for the protection of civilians as well as civilian infrastructure.

It added, “We strongly urge the cessation of hostilities; but while an offense can be stopped at will, the defense cannot rest until the offense stops.” Appearing to reference this, the Philippines underscored, “We especially condemn the use of separatism and secession as a weapon of diplomacy for inviting and inflicting terrible cruelties and indiscriminate killings far in excess of that of any other kind of conflict.”

The Philippines’ latest remarks comes as ongoing fighting between troops and air strikes across Ukraine, including its capital Kyiv, have forced more than half a million refugees to flee for neighboring countries, according to the UN refugee agency.

Negotiations between Ukraine and Russia have begun in Belarus, but Ukranian President Volodymyr Zelensky expressed little optimism talks would end the fighting.

Countries across the world continue to call on Moscow to withdraw its troops and ensure safe passage for humanitarian assistance. Russia earlier vetoed a United Nations Security Council resolution that would have allowed action by the panel responsible for maintaining peace.

The Philippines had not been among the list of countries that co-sponsored the UN Security Council resolution. Philippine Foreign Secretary Teodoro Locsin Jr. said this was because the country was not a member of the panel and that it would wait for its turn at the UNGA.

General assembly resolutions are not legally binding but are symbolic and carry political weight.

In voting to support the UNGA resolution, the Philippines drew attention once more to the Manila Declaration on the peaceful settlement of international disputes, which was adopted by the assembly in November 1982. The document reiterates the obligation of states to settle disputes by peaceful means and through the rule of law.

“We strongly urge resort to the 1982 Manila Declaration on the Peaceful Settlement of International Disputes. It will at least halt the ongoing tragedy for a while,” the Philippines said. – Rappler.com