Philippines suspends use of AstraZeneca for people below 60 years old VACCINE CAMPAIGN. Private health professionals residing in Pasig City receive a dose of AstraZeneca from a vaccinator during the first day of vaccination for medical and dental clinics, and private health workers, at the Pasig City Hall mega parking, March 26, 2021.

Facebook Twitter Copy URL
Copied
The FDA says the temporary suspension 'does not mean the vaccine is unsafe or ineffective,' but is a 'precautionary measure to ensure the safety of every Filipino' 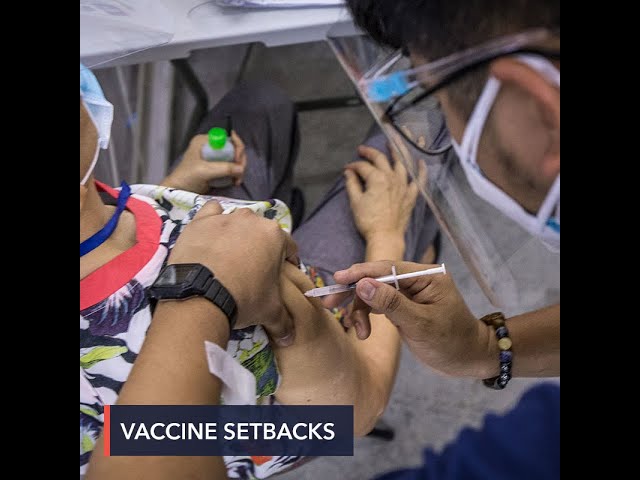 The Philippines suspended the use of AstraZeneca’s COVID-19 vaccine for people below 60 years old, after European medicine regulators found possible links between the shot and very rare cases of blood clots.

Food and Drug Administration (FDA) Director General Eric Domingo gave the update in a press briefing on Thursday, April 8, citing the need for clearer evidence on the issue and additional guidance from vaccine experts as well as the World Health Organization (WHO).

(We asked the DOH, if there are still remaining supplies of the AstraZeneca vaccine, not to use this in the meantime for people below 60 until we get clearer evidence and clearer guidance from the WHO and our experts.)

The latest development involving AstraZeneca’s vaccine poses a set back for many countries who rely on the shot for their mass vaccination campaigns. In the Philippines, only AstraZeneca and Sinovac’s vaccines are currently available for the public as the delivery of other vaccines eyed for use have yet to arrive in the country.

In a separate statement, Domingo said the temporary suspension was borne out of utmost caution rather than serious safety concerns.

“I want to emphasize that this temporary suspension DOES NOT MEAN that the vaccine is unsafe or ineffective – it just means that we are taking precautionary measures to ensure the safety of every Filipino. We continue to underscore that the benefits of vaccination continue to outweigh the risks and we urge everyone to get vaccinated when it’s their turn,” Domingo said.

The position is similar to that of an advisory group to the British government, which had likewise recommended its use for a certain age group for now – those aged 30 and above. Reuters had reported that an official of the advisory group said this was like precautionary, “rather than because we have any serious safety concerns.” Domingo added that the rare side effect was so far observed only after the first dose, adding that for those who had gotten their first shot, the second dose could be taken if no size effects were observed.

“If nothing happened after the first dose then no problem with the second dose. This is very rare but it will be included in the things to watch out for, so we have to review the data and prepare before the next batch of vaccines come,” he said.

Domingo likewise gave assurances the FDA and vaccine experts’ review will be completed before the schedule of the second dose.

What we know so far

The EMA received reports of 169 cases of the rare brain blood clot as of early April, after 34 million doses had been administered in the European Economic Area, according to Sabine Straus, chair of the EMA’s safety committee.

In comparison, 4 women out of 10,000 would get a blood clot from taking oral contraception. 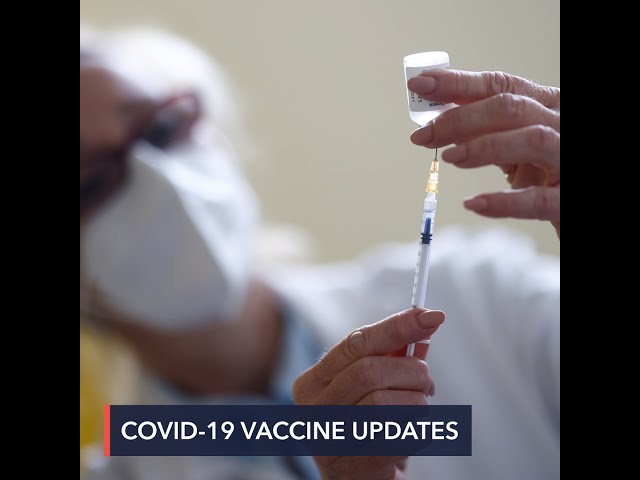 In the Philippines, the DOH and FDA said the National Adverse Events Following Immunization Council (NAEFIC) has not received reports of local cases exhibiting similar side effects of blood clots with low platelets detected.

Health officials gave assurances that the DOH and FDA were “carefully monitoring the rollout of vaccines to identify and appropriately manage any possible adverse events.”

The country’s vaccine experts, the DOH and FDA said, were likewise reviewing information on the latest development involving AstraZeneca’s vaccine to come up with more recommendations for its use.

AstraZeneca earlier said its studies have found no higher risk of blood clots in those vaccinated than in the general population.

Some experts have also argued that even if a link between the vaccine and rare blood clots were proven, risks to the general population were small compared to risks from getting sick with COVID-19.

While AstraZeneca and Sinovac’s vaccines were the only two shots currently used for the country’s vaccine campaign, findings on AstraZeneca’s shot also comes as most, if not all, of its doses supplied by the COVAX global facility have been used.

The next batch of AstraZeneca shots expected to arrive in the country from COVAX were within the month of April, while another 17 million doses procured by private sector and local government units were expected to start arriving sometime May to June.

Domingo said the weeks until more doses were expected to arrive would give the FDA and the Philippines’ vaccine experts more time to study data and give guidance on the use of AstraZeneca’s vaccine. – Rappler.com