Taal Volcano in the province of Batangas was placed under Alert Level 3 on Thursday, July 1, following a phreatomagmatic eruption. 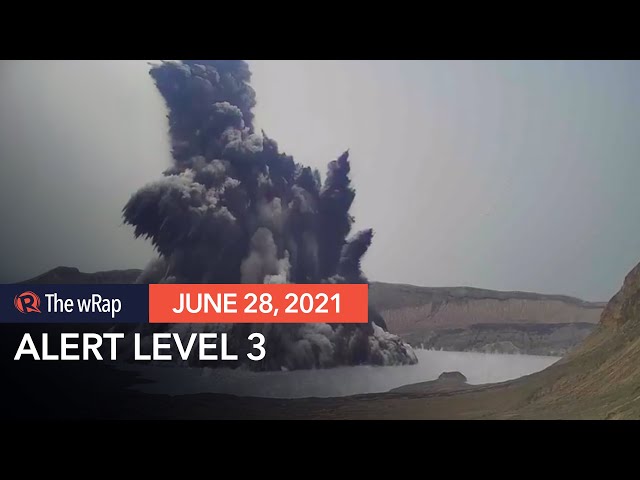 The Philippine Institute of Volcanology and Seismology (Phivolcs) said in a bulletin on Thursday afternoon that Taal Volcano’s main crater “generated a short-lived dark phreatomagmatic plume one kilometer high” at 3:16 pm. This lasted until 3:21 pm or around five minutes and was confined to the crater.

A phreatomagmatic eruption refers to “an eruption that involves both magma and water, which typically interact explosively,” according to the United States Geological Survey.

“This means that there is magmatic intrusion at the main crater that may further drive succeeding eruptions,” Phivolcs said, referring to rising magma.

(The magma and the water in the main crater lake interacted. The water was immediately converted into gas, in the form of water vapor. This conversion happened very quickly. Since the magma is extremely hot, the process created what is called a shockwave.) 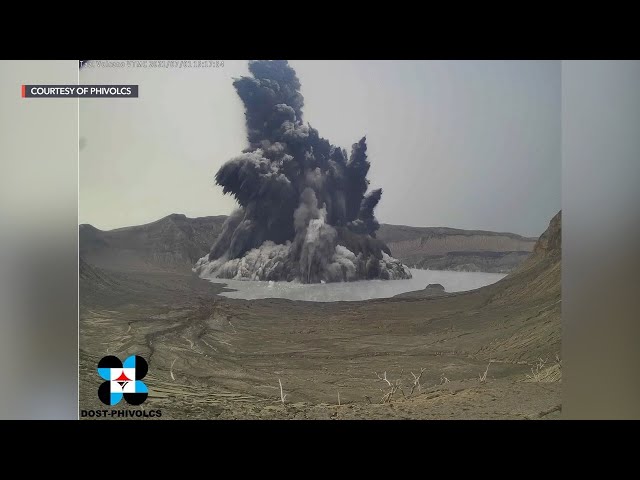 Two days before the phreatomagmatic eruptions, on Monday, June 28, Taal Volcano’s sulfur dioxide (SO2) emission had averaged at an all-time high of 14,326 tons per day.

Bornas said SO2 emission remained high on Thursday, averaging at 13,287 tons per day.

SO2 is a major gas component of magma and one of the parameters measured by Phivolcs as it monitors the volcano 24/7.

(When we started to observe tall plumes and a spike in SO2, we already had a hunch that magma was oozing beneath the main crater lake.)

The high levels of SO2 coming from Taal in recent days, combined with atmospheric conditions, led to volcanic smog or vog, a type of air pollution which spread to Calabarzon, Metro Manila, and other parts of Luzon.

Exposure to vog can irritate the eyes, throat, and respiratory tract. People with health conditions, the elderly, pregnant women, and children may be most vulnerable to its effects. (READ: How to protect yourself from Taal volcanic smog)

Now that the volcano is under Alert Level 3, Phivolcs recommended that Taal Volcano Island and high-risk barangays in the towns of Agoncillo and Laurel in Batangas be evacuated “due to the possible hazards of pyroclastic density currents and volcanic tsunami.”

The high-risk barangays are the following:

Phivolcs reminded the public that Taal Volcano Island is a permanent danger zone and entry is prohibited.

It also advised communities around Taal Lake “to take precautionary measures and be vigilant of possible lakewater disturbances related to the ongoing unrest.”

Batangas Governor Hermilando Mandanas said in the briefing that trucks have been readied to evacuate affected residents. – Rappler.com