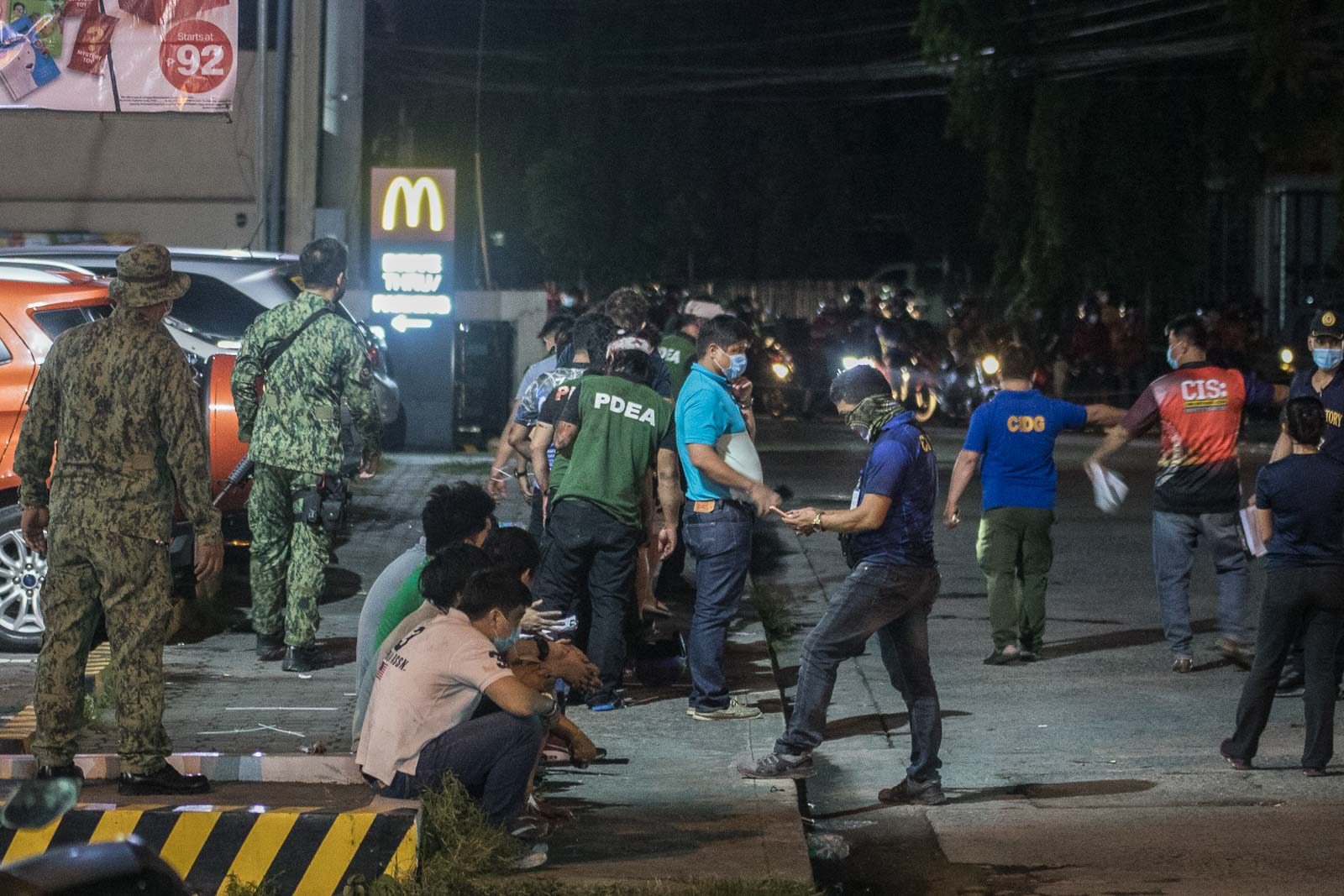 CHAOS. Witnesses are held at the crime scene at a fastfood parking area Wednesday evening, February 24, 2021.

A day after a mall shootout among cops and anti-drug operatives, their officials faced the media to say they didn’t know much about what went wrong, or why it happened.

The Philippine National Police (PNP) and the Philippine Drug Enforcement Agency (PDEA) conceded on Thursday, February 25, that they have theories but not all the facts that could shed light on the shootout that erupted between its anti-drug agents in Commonwealth Avenue on Wednesday evening, February 24.

“Neither agency has exact notion of what went wrong and what should have been done,” the agencies said in a joint statement, read publicly by PNP spokesman Brigadier General Ildebrandi Usana.

The statement opened an hour-long press conference on the shooting incident that has claimed 4 lives, including 3 law enforcers and 1 PDEA informant.

All throughout, the PNP and the PDEA said they did not know or could not divulge the answers to the reporters’ questions, such as who were the supposed targets of the operation, what happened to them, and why did the police and the PDEA end up shooting each other.

In the absence of details, minutes were spent on speculation and hypothesis.

Could it be that the drug syndicates themselves were behind the “misencounter”?

Villanueva raised the possibility that criminals have researched police and PDEA operations so well that they were able to conjure up a scheme to mislead anti-drug teams and cause them to attack each other.

“Masyado pang maaga, pero possible na pinaglaruan tayo (It is to early to say, but it is possible that we were played),” Villanueva told reporters.

Earlier, Metro Manila police chief Major General Vicente Danao Jr offered another theory – that one team must have conducted a “sell-bust,” where instead of posing as buyers, law enforcers posed as drug sellers – an illegal operation.

Villanueva went as far as asking reporters for their theories on the incident, and called on the public to submit tips and videos on the “misencounter” to his Facebook page.

In the end, the police and the PDEA sought to protect and project unity. They refused to reveal what they knew without both agencies vetting it first.

(Right now, the police and the PDEA cannot quarrel because of the situation now…Now, our relations must be tighter, because, we don’t know, maybe the syndicates are just watching and making us fight) – Rappler.com