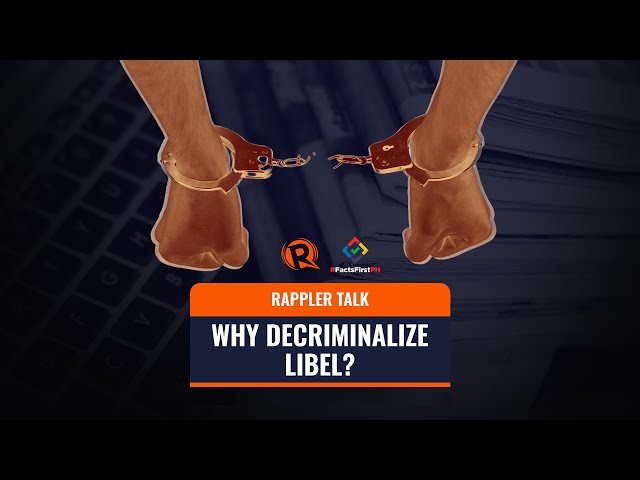 Facebook Twitter Copy URL
Copied
In July 2022 data gathered by the National Union of Journalists of the Philippines, 56 journalists were sued for libel – 10 of them for cyber libel

Since the law covering criminal cyber libel was passed in 2012, Philippine authorities have junked about one-third or 1,131 cyber libel cases out of the total libel cases filed.

In July 2022 data gathered by the National Union of Journalists of the Philippines during the Duterte administration, 56 journalists were sued for libel – 10 of them for cyber libel.

How does libel affect the rights of ordinary citizens and endanger the freedom of the press?

Rappler’s Lian Buan sits down with Senator Risa Hontiveros, NUJP’s Jonathan de Santos, and Baguio Chronicle’s Frank Cimatu to discuss the law’s chilling effect to the community and how it punishes rather than protects the press.

Catch the panel discussion, in partnership with #FactsFirstPH, on Tuesday, January 24 or head over to Rappler’s social media accounts. – Rappler.com