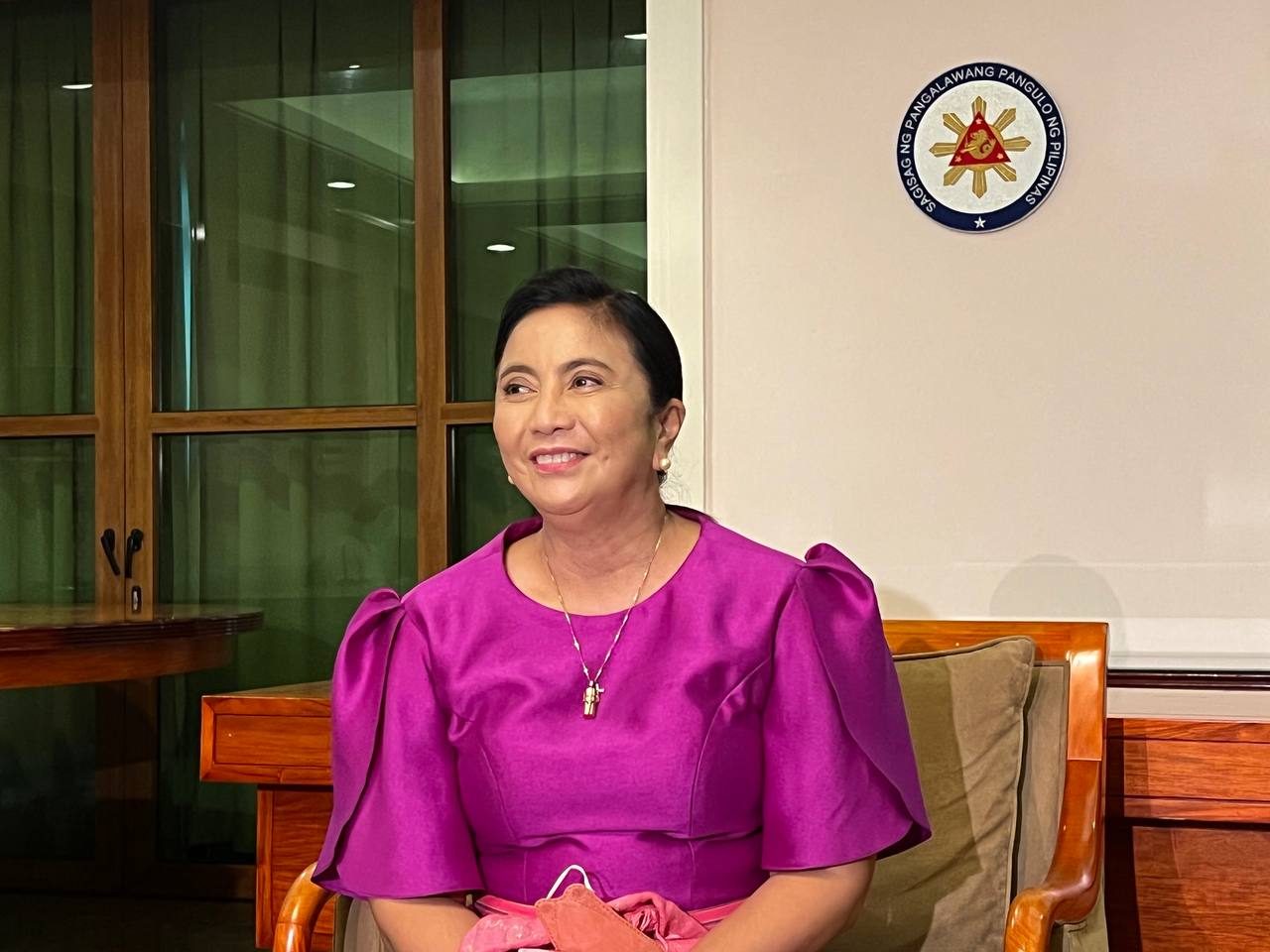 FOR THE LAST TIME. Leni Robredo faces the media for the last time as incumbent vice president on June 29, 2022.

Facebook Twitter Copy URL
Copied
However, the former vice president says this does not mean cheating did not take place at all

MANILA, Philippines – Seven months after the May 9 elections, former vice president Leni Robredo addressed the question that her supporters had been asking since she lost the presidential race to Ferdinand Marcos Jr.: Why didn’t she file an electoral protest?

Speaking at a gathering in New York City on Wednesday, December 7, Robredo said it was because her legal team and a group of IT experts didn’t find evidence of cheating. She clarified that this was not to say no cheating took place, it was just that no evidence could be found to substantiate cheating allegations.

Emil Marañon III, one of the election lawyers who worked for Robredo during the May elections, highlighted this in a tweet on Friday, December 9, complementing a video of Robredo explaining why her camp did not protest the election results.

“Finally, you heard it straight from the principal. Trust me, we started with disbelief [about the results] and we are dying to find something to answer the call of the supporters [to protest], but there was none. The numbers checked,” Marañon said.

In her interview with author and journalist Ninotchka Rosca in New York City on December 7, Robredo said: “Ayan, mabuti po ‘tinanong mo (It’s good you asked) because I will be given an opportunity to…. I think I discussed this already when I spoke to NYU (New York University). Right after the elections, we formed a team of lawyers and we formed a team of computer experts to look into allegations of cheating,” the former vice president explained.

Robredo said they did not find evidence of cheating: “We participated in all the third party audits that were conducted, and our lawyers and our computer experts did not see anything. Ayaw po namin na mag-file ng kaso na papaasahin lang kayo (We don’t want to file a case only to keep your hopes up).”

In 2016, Robredo narrowly defeated Marcos in the vice presidential race. Marcos filed a protest, which Robredo had to answer to in the next six years while performing her job as vice president.

The former vice president also clarified that she did not say there was no cheating at all, only that they did not find evidence of it.

This was the same finding that IT experts from election watchers shared with Rappler after the elections on Newsbreak Chats: Was there cheating in the 2022 Philippine elections?

After the polls, among the red flags raised was the constant 47% vote ratio of Marcos over Robredo as succeeding electoral returns were counted.

A Rappler story explained that previous polls also manifested the same constant vote ratio. The phenomenon is called “law of large numbers,” which means that as a sample size increases, it approximates the characteristics of the total population. In her interview on Wednesday, Robredo further explained why they established the non-governmental organization Angat Buhay.

“Instead of a protest, we decided that this will be our form of protest – to continue making sure that we provide spaces for people to keep on fighting the good fight and fighting for what is true and what is just [but] in ways more productive,” the former vice president said.

Shortly after the May 9 elections, Robredo launched Angat Buhay, hoping that the organization would serve as a platform for her supporters to help other Filipinos. During the NGO’s launch in July, she said she still saw great potential in the massive volunteer movement that fueled her campaign.

Robredo is currently in the US as one of the Harvard Kennedy School Center for Public Leadership’s Hauser Leaders for 2022. – Rappler.com