Despite being the former Mayor of Davao City and highlighting his Cebuano roots during his 2016 campaign, President Rodrigo Duterte has broken a number of campaign promises to the Visayas and Mindanao regions.

Before the president took to the podium on Monday, July 26, for his last State of the Nation Address (SONA), Rappler’s Mindanao correspondent Herbie Gomez and Visayas correspondent Ryan Macasero compared what Duterte said in 2016 to the situation in 2021.

“It was a promise for Mindanao, that after several decades, for the first time, we have a president coming from Mindanao,” Gomez said. Today, Gomez said Duterte seems to have “forgotten his promise.”

Federalism was one of Duterte’s campaign promises, and an important one for Mindanaoans who have felt they were left out of the government's development efforts for years. (READ: Duterte's federalism turnabout broke hearts)

Duterte created a 22-member Consultative Committee (Con-Com) in 2018 to draft a proposed federal constitution. It recommended a constitution for 18 federated regions, including the Bangsamoro and Cordillera areas, under a federal-presidential form of government. However, Duterte abandoned that proposal a year later.

When asked whether Duterte just used the promise of Federalism because the provinces were asking for it, Gomez said: “I think he took that [federalism] for a ride, because there was a clamor for independence, and a lot of people in the provinces… who were sick and tired of the Manila-centric governance. It’s all in Manila, and for the first time, here is a probinsyano who promises to give change, to change things, how the system works... Now, I'm doubting if he really meant that.”

Pursuing the peace process and federalism were also unfulfilled promises Duterte made to the Visayas region, Macasero said.

Another unfulfilled promise was the Mindanao Railway, which Duterte spoke about during his campaign and during the early months of his presidency. Five years into his term, the residents of Mindanao have yet to see a single track laid down.

The 2,000-kilometer Mindanao railway system was originally supposed to be constructed in six phases. However, this plan was scrapped for another that moved the railway from Northern Mindanao to the Davao region. The first phase of construction for this revised plan was supposed to start in the third quarter of 2018 at a cost of P35.91 billion.

To this day, the partial operation date for the railway is uncertain, given that the government has not yet finalized its loan agreement with China to fund the project. (READ: Mindanao railway remains a dream after 85 years)

In Visayas, Duterte also wasn’t able to fulfil his promise for infrastructure that had gotten Filipinos in the region excited: bridges connecting Luzon, Visayas, and Mindanao.

In a Rappler Talk interview on October 23, 2019, then-Socioeconomic Planning Secretary Ernesto Pernia said the 18-kilometer bridge that was supposed to connect Samar to Sorsogon would not be pushing through.

“It’s not only a long bridge, but the waters are really very deep…it’s much more expensive than we thought,” Pernia said.

Duterte’s war on drugs was not successful, said Macasero, for the people in the Visayas region where certain heads of local government units have been killed or arrested. Macasero pointed out that Peter Lim, the Cebu-based businessman whom Duterte had publicly accused of being a drug lord at the start of his presidency, is still on the loose.

During his campaign, Duterte had promised to end the country’s illegal drug trade in three months.

“The drug war… was an issue that many Cebuanos and Bisaya people found was important to address that none of the other candidates in 2016 were addressing,” said Macasero.

Today, Duterte says he underestimated the country’s drug problem and did not foresee corruption within police ranks that made this promise unrealistic.

When asked why Visayans still support Duterte, Macasero said his supporters tend to believe his apologies and explanations, and that people on the ground are more concerned about the economy than the drug-related killings. He added: “The Duterte administration and his allies are also proactive about pushing propaganda on social media. So they have a very effective propaganda machine that helps, I think, boost their numbers up.” – Rappler.com 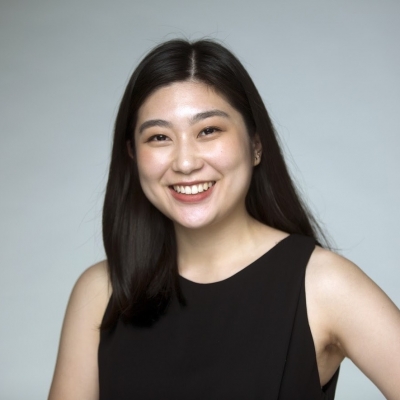