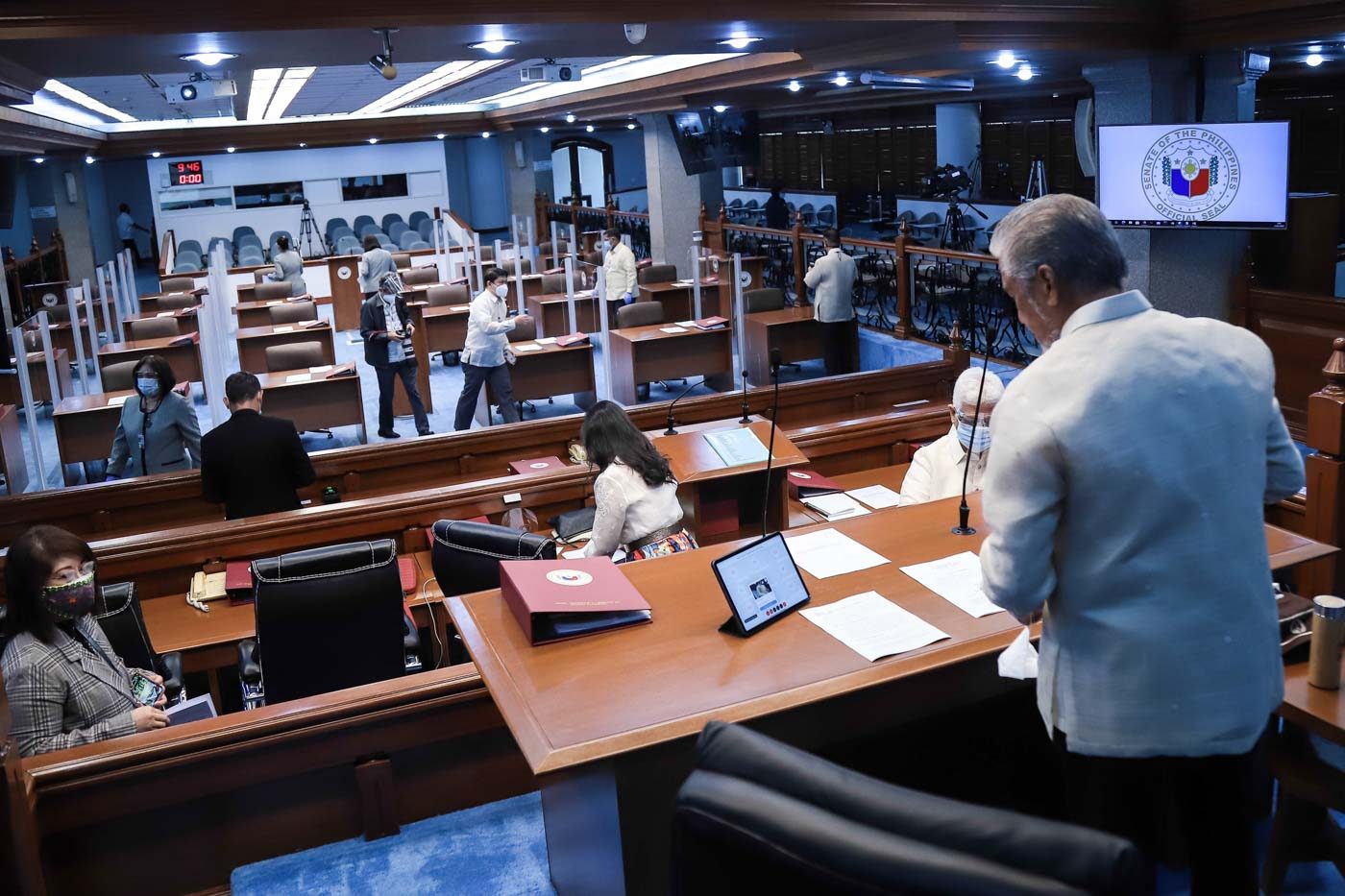 Facebook Twitter Copy URL
Copied
'I think the executive department should do something about the PhilHealth officials, short of bringing in the Marines,' says Senate President Vicente Sotto III

“We are hoping to draft the committee report this weekend, and submit it to the Senate as soon as possible, hopefully by next week,” Sotto said during the chamber’s regular session.

When Sotto suspended the 3rd hearing on Tuesday evening, August 18, he said the Committee of the Whole, which ran the probe, was open to holding another hearing. On Wednesday, the senators decided they had heard enough.

On August 4, 11, and 18, the Senate held hearings, each more than 9 hours long, with PhilHealth’s top executives including its president and CEO Ricardo Morales, and whistleblowers from the state insurer itself.

The following are, briefly, the main issues that emerged from the hearings:

The Senate’s legislative investigation was primarily meant to help the senators identify what needs to be amended in the law that created PhilHealth and in the Universal Health Care Law to prevent future corruption.

Besides this, the Senate will also recommend actions that other branches of government may take against persons they deem culpable for the anomalies uncovered during the probe.

The senators have posed incisive questions to the PhilHealth executives, but they were dissatisfied with the responses.

During Wednesday’s session, Zubiri said the committee report will be “strongly worded.”

In the most recent hearing, the lawmakers interrogated Health Secretary Francisco Duque III, PhilHealth’s chairperson, over what they said was his ineptitude and possible complicity in the anomalies.

Duque denied all allegations made against him, insisting he had always “done his best.”

Unconvinced, the senators decided they knew enough to wrap up their investigation. On Wednesday, they urged President Rodrigo Duterte to suspend PhilHealth’s top management, including Morales.

The Ombudsman had earlier suspended 13 PhilHealth officials, including a few top executives.

“I think the executive department should do something about them, short of bringing in the Marines,” Sotto told reporters in a message.