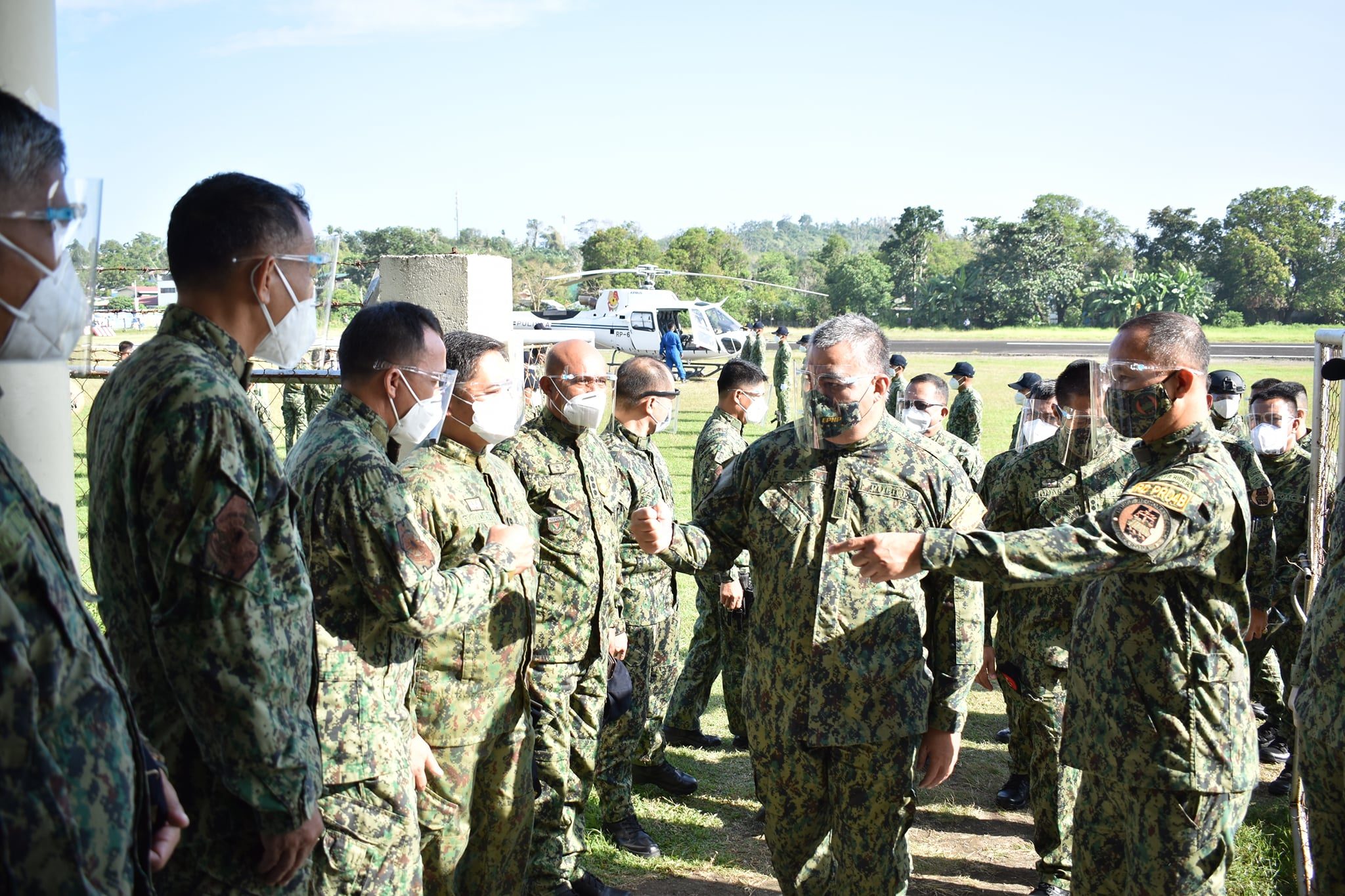 Philippine National Police (PNP) chief General Debold Sinas did not go through the proper health screening when he visited Oriental Mindoro on Thursday, March 11 – the same day he would test positive for COVID-19 – because he wanted to “optimize” his time with Mimaropa cops.

A GMA News Online report quoted PNP spokesperson Police Brigadier General Ildebrandi Usana as saying this in a message sent to media on Saturday, March 13, a day after the provincial government of Oriental Mindoro confirmed that Sinas skipped provincial health screening during his March 11 visit.

“I guess our people in Mindoro will understand our chief in that regard, who wanted to simply optimize the use of his time to talk with the men in PRO4B about their accomplishments for communities in the island province,” Usana said.

The PNP spokesperson also stressed that before Sinas would go anywhere, he “never fails” to take a COVID-19 swab test first and observes minimum health protocols, but got infected anyway.

“Everytime our chief moves, he never fails to take the swab test. He wears a face mask and shield. He has his alcohol with him. He requires all other officials joining him to do the same,” Usana said.

“But [the] virus is everywhere. Even member/s of some royal families tested positive from the virus. Nobody really is exempt from COVID-19,” he added, and called for prayers for the fast recovery of Sinas.

Photos from PRO Mimaropa on Sinas’ March 11 visit showed him holding out his hands to be disinfected with alcohol, and getting temperature checks.

On Friday, March 12, the Oriental Mindoro provincial government released a statement to confirm that Sinas took a helicopter that brought him straight to the Mimaropa police headquarters instead of passing through the pier of Calapan where he and his companions would have been profiled and subjected to health screening.

During his Calapan visit, aside from officers and members of the Police Regional Office Mimaropa, Sinas also interacted Provincial Administrator Hubbert Christopher Dolor, who is the officer-in-charge of the Provincial Health Office, and others from the PHO.

The provincial government said that the PNP Regional Office Health Service in Mimaropa had invited Dolor and PHO officials to discuss the vaccination rollout for the PNP, and also contact tracing in relation to police who tested positive for COVID-19.

The provincial government also stressed that Provincial Administrator Dolor and others from the PHO “observed the minimum health protocols while in the regional police headquarters.”

Sinas had been under fire for breaching quarantine rules last year, when he allowed his birthday celebration even when Metro Manila was under lockdown and mass gatherings were prohibited. He was Metro Manila police chief at the time.