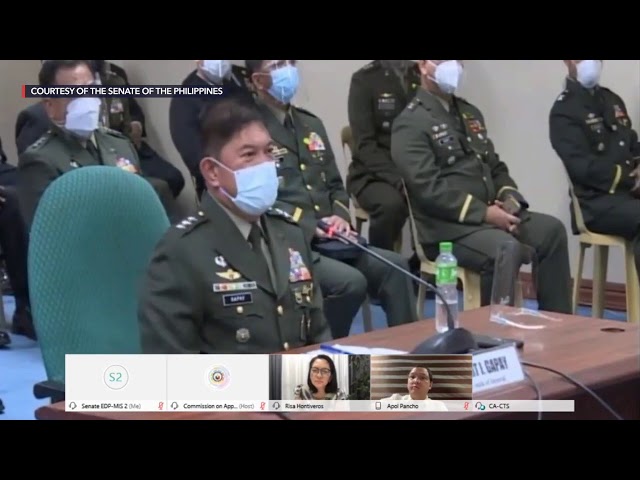 Facebook Twitter Copy URL
Copied
'We were so close to neutralizing them,' says Armed Forces of the Philippines chief General Gilbert Gapay

The military was “so close” to stopping the two female suicide bombers behind the Jolo blasts before local police killed their 4 intelligence soldiers and disrupted their operation.

No less than the chief of the Armed Forces of the Philippines (AFP), General Gilbert Gapay, disclosed this as he faced the Commission on Appointments on Wednesday, September 2.

“We were so close to neutralizing them,” Gapay told lawmakers. “The takedown team was already in the vicinity.”

It is unclear if the intelligence soldiers were the takedown team, but they were part of the same operation. (READ: Army enraged; police shot 4 intel soldiers in Sulu without gunfight)

Gapay added it was “a matter of minutes” before the military could neutralize the suicide bombers, until the incident with the police occurred.

Gapay’s statement bolsters the claim that the police killing the intelligence soldiers led to the deadly suicide bombings in Jolo.

So far, the 9 policemen who killed the soldiers are facing murder and planting of evidence complaints since July 21. Gapay reiterated that they should be prosecuted faster to possibly face arrest and charges in court.

The deadly encounter created more fissures in the already fragile relations between the police and the military under Duterte, who frequently depends on uniformed personnel to enforce his landmark projects. – Rappler.com