After seeing a slight spike in the number of COVID-19 cases in Cebu City, Mayor Edgar Labella ordered local law enforcement to get stricter in limiting the flow of people in and out of Cebu City starting Monday, November 16, at 5:01 am.

According to the city’s Emergency Operation Center, 88% of the 24 new cases came from outside of the household. Of that number, there were several cases of residents getting COVID-19 from outside of Cebu City.

“We will strengthen our border control so that not just anyone can enter our city,” Mayor Edgar Labella said on Friday, November 13.

Contact tracers said that majority of the cases came from those who attended birthday parties, went the workplace, and went on vacation within the province. There were pregnant women who also tested positive for the virus.

Only 4 of the cases were from the same cluster while the rest were found separately, after the individuals had to get tested for work or travel requirements.

Health authorities have already extracted the patients and isolated them.

At least 17 of the 25 cases were asymptomatic, while the others were showing mild symptoms. One of the positive individuals had already died.

On Wednesday, November 11, JS Shoestore held a sale in Barangay Lahug, where crowds gathered, many without masks and social distancing. The city shut down the store immediately for violating health protocols.

The city had also found 5 new COVID-19 cases earlier this week among inmates detained at the Cebu City Jail. The city government said that the inmates who tested positive had been moved to a quarantine facility within the jail grounds. Last April, the jail had a major outbreak with up to 300 inmates testing positive at one point.

On the first night, the police office had apprehended at least 125 curfew violators. The city’s curfew had been set to 11 pm to 4 am since the beginning of October. 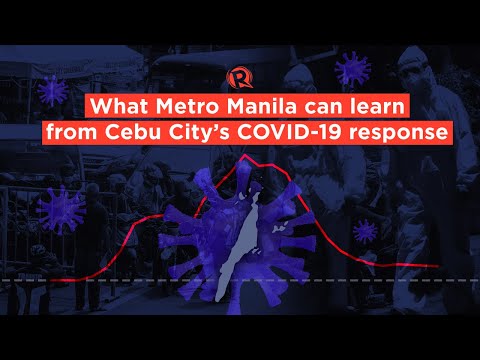 The city has been on MGCQ since September, the least restrictive quarantine status. Despite the more relaxed restrictions, the city had maintained its low numbers, staying in the single digits for daily new cases.

On Friday, November 14, the city recorded 18 new cases, bringing the city’s active case count up to 209, or nearly 50 new cases in the span of 7 days.

The city had been able to maintain the low numbers without resorting to neighborhood lockdowns, but said that it would consider that option should the spike of new COVID-19 cases continue.